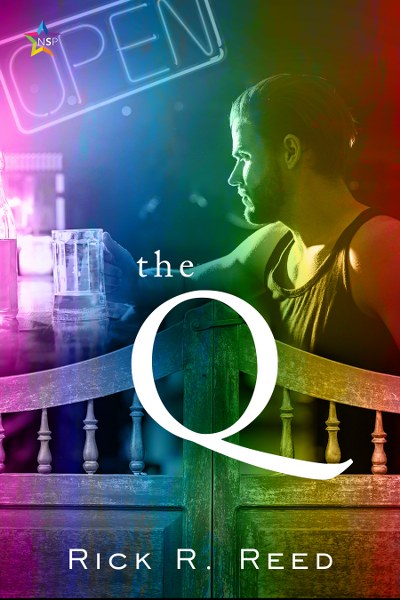 Step out for a Saturday night at The Q—the small town gay bar in Appalachia where the locals congregate. Whose secret love is revealed? What long-term relationship comes to a crossroad? What revelations come to light? The DJ mixes a soundtrack to inspire dancing, drinking, singing, and falling in (or out) of love.
This pivotal Saturday night at The Q is one its regulars will never forget. Lives irrevocably change. Laugh, shed a tear, and root for folks you’ll come to love and remember long after the last page.

First, no one ever called it the Quench Room. To its patrons, it was just the Q. Most of them weren’t even aware of its proper name. You wouldn’t find it on a sign or in neon. Many—gay,  straight, and otherwise inclined—were certain the Q stood for Queer. Some saw it as an affirming name, reclaimed from those who’d hurl it to wound. Others whispered it, snickering, rolling eyes.

Second, unless you knew what you were looking for, you’d drive right by the Q, not thinking its sad, nondescript exterior housed much of anything. Lonely and forgotten on a stretch of country road, the Q lay just outside the blink-and-you’ll-miss-it town of Hopewell, West Virginia. Housed in a squat, gray cinderblock building, the Q had no front door—patrons entered through a chipped red-painted back door off the gravel parking lot in the back. The single window out front, long and rectangular, was black tinted so passersby couldn’t see inside. For those who came to the Q on the down low, the tinted glass provided a measure of privacy and security.

The Q’s nearest neighbors were an auto-body shop called, charmingly, Gomer’s, and, down the road just a bit, a no-name bait and tackle shop, open only in summers, for those fishing on the nearby Ohio River.

The Q didn’t look like a place where people celebrated.

It didn’t appear to be an establishment where people hooked up, hoping for a raunchy one-night stand or dreaming of a lifetime commitment—and everything in between. A casual glance would never inspire the idea that the Q was a place for socializing, dancing, and drinking.

No one, driving by, would have imagined that this one-story building, rising up out of a weed-choked gravel lot, was the origin of so many love affairs, failed, and, sometimes, rarely, successful. Who would want to meet their beloved in such a sad, little shack? Why, it didn’t even possess a tin roof…rusted.

And yet, the Q was the gathering spot for this little rural area’s LGBTQ+ folks, especially those not inspired enough to make their way up the river to the bright lights and fancy bars of Pittsburgh. Pittsburgh, for a lot of the Q’s patrons, might as well have existed on another planet.

The Q was open only on Thursday, Friday, and Saturday nights, although Saturday was the busiest. Then, the parking lot was crowded with pickup trucks and the hulks of various sedans, coupes, and compacts, mostly older and none even remotely close to luxury vehicles. On Saturday nights, only the early birds got parking spots in the lot. If you showed up later, you parked alongside the road and prayed you didn’t get sideswiped while inside, imbibing and hoping, perhaps, for a special love connection.

Windows down, people driving by on a Saturday night might hear strains of muffled music coming out—thumping bass, 1980s disco tunes going way back to Sylvester and Prince and right up to Lady Gaga and Beyonce, popular line dances, and even some hardcore rock and roll from the likes of ZZ Top, Aerosmith, and maybe even Iron Maiden.

The Q’s patrons traveled from the little towns scattered throughout this poor area in the foothills of the Appalachians. They came from upriver in Pennsylvania, across the river in Ohio, and, of course, from right here in the northern panhandle of West Virginia. Driving along potholed roads in dusky dusk or navy-blue twilights, you might spy the golden eyes of a fox peeking out from underbrush lining either side of the road.

When you arrived at the Q, though, and stepped through its red-doored portal of a Saturday night, the contrast was almost startling. What, outside, was grim and depressing, became magical inside. Voices murmuring, ice clinking in glasses, fairy lights above the big mirror behind the bar, the crack of pool balls, laughter, and maybe, Gloria Gaynor optimistically telling the world she would survive.

And somehow, you knew you would too.

If only for a few hours. 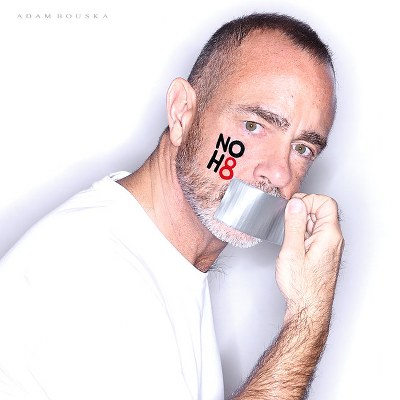 Rick R. Reed draws inspiration from the lives of gay men to craft stories that quicken the heartbeat, engage emotions, and keep the pages turning. Although he dabbles in horror, dark suspense, and comedy, his attention always returns to the power of love. He’s the award-winning and bestselling author of more than fifty works of published fiction and is forever at work on yet another book. Lambda Literary has called him: “A writer that doesn’t disappoint…”
You can find him at www.rickrreedreality.blogspot.com. Rick lives in Palm Springs, CA with his beloved husband.
Website * Facebook * Twitter * Bookbub * Amazon * Goodreads