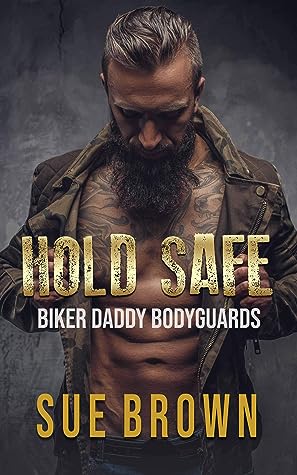 Mo is content with the quiet life. Once upon a time he had his happy ever after, but that ended. Now he’s being asked to guard an ego-driven businessman who has no idea how much danger he’s in. He should say no.

A successful CEO, Joseph is used to most people saying yes. He’s not convinced ‘yes’ is in this bodyguard’s vocabulary. Every decision he makes, Mo vetoes. Joseph is furious. He’s the one in charge. Isn’t he?

They are dealing with escalating danger and increasing tension between them. Joseph is convinced he’s a Daddy. Mo knows Joseph is a boy. Will Mo keep Joseph safe and show him his true place?

Mo ignored the sneer on the face of the man who’d turned to look at him.  He ignored the smug looks on Quinn and Craig’s faces, and instead turned to Dominic Cook, the operations manager of CDR. “The answer’s still no.”

“And yet you’re here.” Dominic echoed his receptionist.

Mo wondered whether Dominic had put money on him too. Stupid question. Of course he had.

“Let’s get down to business,” Dominic said.

“Him! He’s meant to take care of me?” The guy who’d been standing burst out. “Look at him. He just came off the mountain. His beard’s down to his knees. I can’t take him to business meetings. I’ll be a laughingstock. What the hell are you thinking?”

Mo did a slow turn to him.  No prizes for guessing the dark-haired, pale-skinned angry man waving his hands was Joseph Holden. He was pretty. No doubt about it. “They’re thinking you’re a spoiled brat who needs to shut up. Now sit down and listen while we try to save your sorry ass.”

Joseph opened his mouth and closed it again. He sat.

About the author:
Cranky middle-aged author with an addiction for coffee, and a passion for romancing two guys. She loves her dog, she loves her kids, and she loves coffee; in which order very much depends on the time of day.
Find out more on her website or sign up for her newsletter.
Giveaway:
a Rafflecopter giveaway
Promotional post. Materials provided by the author.