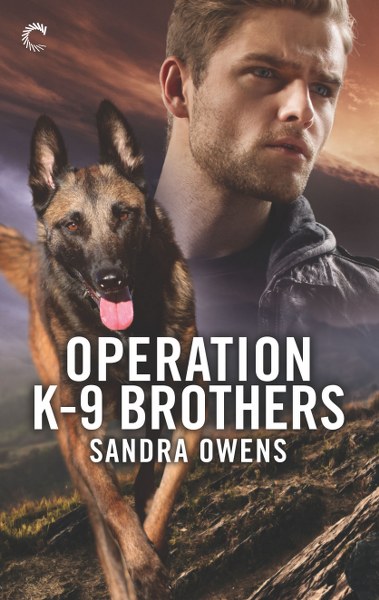 Navy SEAL Jack Daniels (save the jokes, he’s heard them all) and his trusty Belgian Malinois sidekick, Dakota, are back home in Asheville, North Carolina, after a bomb left them scarred. Unable to accept that he’ll never be able to return to his team, Jack is looking for a miracle. What he isn’t looking for is a permanent relationship, though he’s open to a no-strings distraction at the magic hands of gorgeous local potter Nichole Masters.
Nichole is on a losing streak with men. Her ex-boyfriend won’t stay gone, a competitor is out to ruin her business and even her rescue pup, Rambo, is refusing to get in line. A chance run-in with a navy SEAL turned canine companion trainer might solve the dog problem. The fact Jack is easy on the eyes doesn’t hurt, either.
But when Nichole feels like she’s being watched, Jack is the only person she can turn to. He’s a protector and problem solver by nature and training. Accepting his protection is one thing—Nichole didn’t count on falling in love.

“I don’t know if I’d exactly call it stalking.” Jack sighed when Nichole raised her brows. “Yeah, okay, I stalked you, but only long enough to find out where you worked. I’m an ass.”

“An ass and a toad,” she said as she slid off the rock, landing next to Dakota. “Is he always a toadstool?” she asked his dog. Dakota huffed, sounding way too agreeable. “You’re donkey doo, you know that?”

Jack couldn’t help it. He laughed. That got him a glare from Nichole. Even Dakota, the traitorous thing, gave him a dirty look. “You have a talent for name calling. Donkey doo just replaced doggie doo as my favorite one.”

She pushed up, crossed her arms over her chest, and scowled. He wondered if he should tell her that her attempt to glare him into next week wasn’t working, mostly because her arms were pushing her breasts up. He was a man. Breasts trumped all else, and hers were ten times better than perfect.

He could tell her that a SEAL was never referred to as a soldier, but she could call him soldier all night if she let him anywhere near those sweet girls. As difficult as it was, he managed to drag his gaze up to her face.

“Sorry,” he said. Or not. Now that he knew his scars didn’t disgust her, like a broken record, his male brain was stuck on one word. Sex. Now. Okay, that was two words, so he wasn’t as boneheaded as he was acting.

Sex now with her.

There. A complete sentence. He could think again. That was good.

He tried a smile but didn’t get one back. He sighed. It was time to grovel. “You’re right. I’m donkey doo, doggie doo, a toad, and all those other things you called me. I knew it was creepy to stalk you, but—” She narrowed her eyes. “Right, no buts. I’ll take you home, then I’ll disappear from your life.”

He was glad she thought so because he sure didn’t. Although it was undoubtedly for the best, considering the way his chest hurt at the thought of never seeing her again. Better to put a stop to those kinds of feelings while he still could.

“I’m sorry, Nichole. Really.” He tugged his shirt back on, then picked up his pack from where he’d dropped it on the rock.

“So that’s it? You’re not going to try to change my mind?”

Was that what she wanted him to do? Women were confusing. He glanced at the dogs. Rambo had woken from his nap and was sitting quietly—a minor miracle that—next to Dakota, both of them staring at him, as if waiting to see if he’d manage to screw this up. He tried to think of the right words, but his mind was a complete blank.

To hell with it. Didn’t actions speak louder than words? He strode to Nichole, cupped her cheeks, lifted her face, and lowered his mouth to hers. When she didn’t slap him, he took that as a positive sign. On a soft sigh, she melted against him.

He raised his head. “This is me doing my best to change your mind. Is it working?”

“Yes, you creepy stalker, it is. Now shut up and kiss me again.”

“Yes, ma’am.” He was trained to follow orders, and this was one he was definitely on board with. Her breath quickened, matching his own as their tongues tangled. Drunk on endorphins, his worries about his arm, his future, about anything melted away. He’d found his oasis, and he never wanted to stop kissing her.

Wild need raged through him, and he wanted to devour her right here. Right now. He wasn’t sure he would ever get enough of her, of her taste, of the feel of her body pressed to his. He wanted to consume her and be consumed by her.

“You taste like cherries,” he murmured against her mouth.

How could he resist a woman who smelled like vanilla and tasted like cherries? He broke away from her mouth and peppered kisses across her cheek until he reached her neck. He pressed his tongue over her pulse point, feeling the rapid beat of her heart. She purred, sounding like a kitten. He smiled against her skin, gave serious consideration to taking her down to the ground with him.

This wasn’t the place—and maybe even not yet the time—for giving free rein to what he wanted, what he was practically dying for. He reluctantly pulled away, then rested his forehead against hers. She scared him. The timing was all wrong for the connection and chemistry they had between them.

Yet he knew he wouldn’t walk away from her, even though he should. 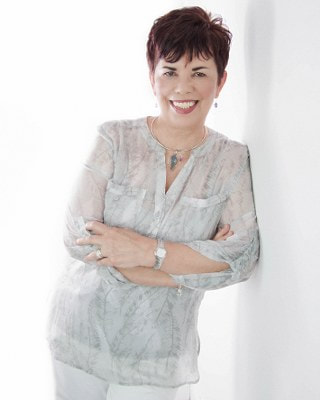 A best selling, award winning author, Sandra Owens lives in the beautiful Blue Ridge Mountains of North Carolina. Her family and friends often question her sanity, but have ceased being surprised by what she might get up to next. She's jumped out of a plane, flown in an aerobatic plane while the pilot performed death-defying stunts, has flown Air Combat (two fighter planes dogfighting, pretending to shoot at each other with laser guns), and rode a Harley motorcycle for years. She regrets nothing. Sandra is a member of Romance Writers of America's Honor Roll, and a 2013 Golden Heart® Finalist for her contemporary romance, CRAZY FOR HER. In addition to her contemporary romantic suspense novels, she writes Regency stories.
Website * Facebook * FB Page * Twitter * Bookbub * Amazon * Goodreads