He might not deserve her, but he didn’t plan to let that stop him. 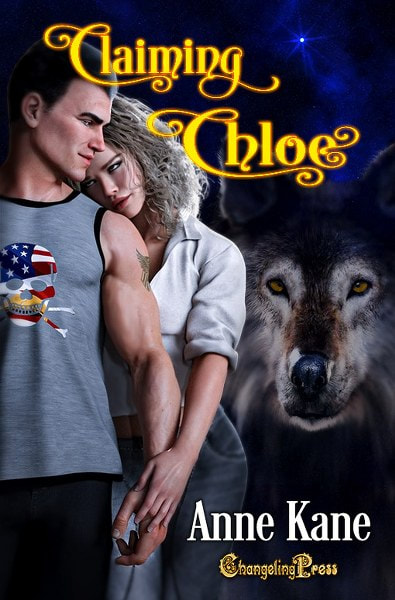 Chloe: She’s young, passionate, independent. She’s just bought a coffee shop and has plans to make it the best place in town. While away from home learning how to make the best ever pastries for her new venture, she hooks up with a hot stranger for her first sensual experience. She doesn’t expect to ever see him again, certainly not in her new coffee shop.
Damon: He’s ex-military. Tough. Protecting others is his mission in life. He long ago gave up expecting to find a bond-mate. When he agrees to watch over his Navy SEAL buddy’s little sister, he doesn’t expect her to turn his world upside down. He’s too old for such a vibrant young woman, but the mate-bond is hard to ignore, even if he wanted to.

She got to her feet, keeping the strange wolf in her sight. He was big, bigger even than her brother Garret, and that was saying something. Garret was the biggest wolf in the Northern Rockies Pack.

Shaking herself off, she circled warily around the male. Swimming was definitely off now, and she’d been looking forward to the invigorating feel of cold water on her fur. That pissed her off enough to growl softly at the stranger.

Apparently, having a small young female growl at him did not intimidate him at all.

Sitting back on his haunches, he cocked his head to the side and stared at her as if she confused him.

She couldn’t imagine what he found confusing. He’d attacked her. Laid her out flat on the ground and loomed over her with his teeth showing. Not exactly a polite introduction. He should consider himself lucky that all she did was growl at him.

Of course she was angry and she had every right to be. She deserved, if not his respect then at least a perfunctory show of deference due a female. He was male. She was female. There were unwritten codes, damn it.

Award winning author Anne Kane lives in the beautiful Okanagan Valley with a bouncy little rescue mutt(Merlin the Wonder Dog), a slightly larger rescue dog (Lexi the Bouncy) a cantankerous Himalayan cat, and too many fish to count. She has two handsome sons and seven adorable grandchildren. She's always been fascinated by science fiction and fantasy so of course when she writes, she lets her imagination take over. The one thing the reader can always count on is that the main characters will live happily ever after, even if they have to defeat a few nasty aliens first.
When she's not busy writing the next great novel, she likes to kayak, hike, ride motorcycles, swim, skate, practice karate, play her guitar, sing and of course, read.
Website * Blog * Facebook * Twitter * Pinterest * Bookbub * Amazon * Goodreads