Blogtour: The Kiss That Saved Christmas by Elysia Strife

She doesn't want to fall for him. He can't help but fall for her...

The Kiss That Saved Christmas

By Elysia Strife
A sweet holiday romance with a few curses and some violence. 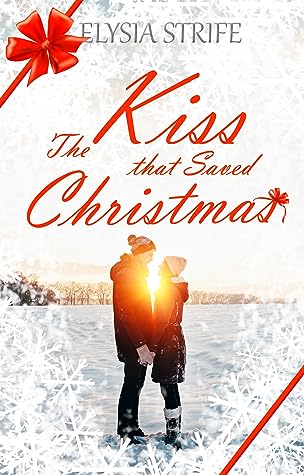 Claire’s husband passed away two years ago this Christmas, leaving her alone and in charge of a beautiful and overwhelming cabin venue in the Montana mountains. She’s low on cash, the truck won’t start, and fewer people are calling in event requests.

Every past assistant has been problematic and disappointing. With one final wedding scheduled for the year, Claire is desperate to make a good impression and needs the property in top shape. Only one candidate remains: Zach.

Zach is prior service, down on his luck, and shamed by the town for the actions of his youth. Even after a decade of service, he can’t escape the gossip.Claire has no option but to entrust him with the future of Briar Ridge—her future. She just wished he didn’t have to remind her so much of her late husband. Yet Zach is different, bringing with his burdens an unexpectedly sweet side.Zach is full of surprises.

She doesn’t want to fall for him.

He can’t help but fall for her.

Claire lay sprawled out on the leather sofa in the timber-framed great room, feeling a kinship with the skeleton of what should’ve been something beautiful and full of life. The stone fireplace crackled softly before her. At its heart, flames cast the only light and warmth in the empty lodge. Floor-to-ceiling windows exposed the brewing winter storm outside Briar Ridge, snowflakes piling up against the glass like the guilt in her stomach.

She hated the notion she needed to hire a man. Ignoring the ache in her hands from working on her husband’s old truck, she gathered his worn flannel shirt beneath her head. Briar Ridge was her late husband’s dream, and she didn’t want to lose her last piece of him.

Claire had taken time off from her second job, a remote position writing articles for an online newspaper, to focus on the venue. There were still too many things to prepare for her last scheduled wedding of the season to do everything alone. Mr. Carver was her only applicant, and she couldn’t wait. The lodge wouldn’t pay for itself.

Mr. Carver was her last hope.

She drew in the last breath of her husband’s piney, metal-slag scent. Then it was gone—like footprints in the sands of a honeymoon in Hawaii. Claire clutched the fabric of his shirt. Her body ached, wishing to lie next to him once more. Despite her fluffy wool socks, her feet were cold. Nothing could combat the chill that followed that phone call. She had to love a soldier.

The loss of their child only made her heartbreak harder to bear. Ghost pains crept through her core. She forced herself to focus on the future of Briar Ridge. Two weeks to the wedding. Two weeks after, Christmas—the day her dreams crumbled.

Weddings gave the lodge life and a chance to survive while keeping her mind occupied. She refused to let Briar Ridge go under without a fight. Stanly deserved that much, at least.

Tori, her last assistant, had stolen her husband’s Purple Heart from the desk in their old bedroom. Sheriff Riviera had returned Stanly’s medal, but the violation of that respect boundary broke Claire. He’d died for his country, and no one cared but her. Not even his family.

She clenched her teeth and stared into the fire. Tori had the code to the safe. Cash regularly disappeared in small amounts. Claire couldn’t seem to catch Tori with it. Five thousand dollars had gone missing in less than eight months.

Forehead throbbing, Claire rubbed the spot between her eyebrows to push back the ache. Firing the young woman had made her feel better, but Claire never found the money.

Her arms quivered in protest when she pushed herself up. Claire wiped the moisture from her cheeks and laid Stanly’s shirt tenderly in her lap. The ad for a new venue assistant she'd placed in the local newspaper sat on the oak coffee table in front of her. Regret made her pick it up.

The rustle of paper echoed throughout the empty house. “Forgive me, Stanly. I need someone who can do the heavier stuff I can't.” I’ve lost my appetite recently. I don’t know how much longer I can go on without you, out here, alone.

Her interview with Mr. Carver was scheduled for the next morning.

Tossing the ad back on the table, she raked her hands through her hair and leaned forward. She'd tried to eat dinner but lost interest. Her stomach did flips over the idea of another man being in the building, even if it was just for work. I’m not trying to be unfaithful to you, she thought, hoping Stanly was listening.

The last two years had taken fifteen pounds from her. If she didn't make a change, she was bound to end up with her husband.

She didn't always fight the idea.

At night she dreamt of little feet thundering through the halls like they had always wanted, the reason he built the lodge.

“It's for family, my big family!” He'd take her on a tour now and then, stopping by each of the twenty rooms. Stanly would tell her who could stay where for the holidays and which room would be the nursery. “You can decorate it however you want. I don't even care if you paint the wood pink.” His nose would wrinkle in mock disgust, and she'd giggle.

Claire laughed once to herself but lacked the strength to smile. Collecting his shirt from her lap, she trudged down the hall to their old room and padded across the wood floor to the closet. She freed a hanger from the rack, deftly slipping it inside the shoulders of the red and brown plaid shirt with cold fingers. Claire clenched her teeth and hung the shirt back with the rest.

His scent had faded from the others. They hung like fabric ghosts of the man he once was.

Falling in against the soft pillow of his shirts, she buried her nose in the flannel again. Claire drew in only a musty whiff of old cotton and dust.

“I'm trying to do what you made me promise.” She shivered. “Fill this home with life, with love, and never give up on what I want. It's hard without you.” You’re what I want.

Claire pressed a trembling kiss above the chest pocket of a shirt and forced herself to back away. Her body felt weak, her joints complaining at every movement.

I have to be strong—for him. Claire strained to steady her muscles. The effort was exhausting, and she decided to save her energy for the morning. She didn’t want Mr. Carver to think she was a pushover or fragile. Claire couldn’t afford to be taken advantage of again.

She wondered what his personality would be like. Claire had fired the last three girls. She’d considered an age requirement in the ad, though it wasn't always a sure indicator of maturity in her mind.

Releasing a weighted breath that puffed out her cheeks, she flopped back on their bed. Claire tucked her feet beneath the comforter and replayed the phone call.

His name was Zach. He had mechanical skills and could lift over 100 lbs.

But could he be polite with guests? Could he stay clean and drug-free? What was his work ethic like? Was he trustworthy? Or would he take advantage of her like the other assistants? Steal like Tori? Get caught in the shed with a significant other like Amber? Be lazy, worthless help like Gretchen, who preferred her phone to guests?

Claire rubbed her face and groaned. Tomorrow was going to be more stressful than hosting a wedding with a runaway bride. 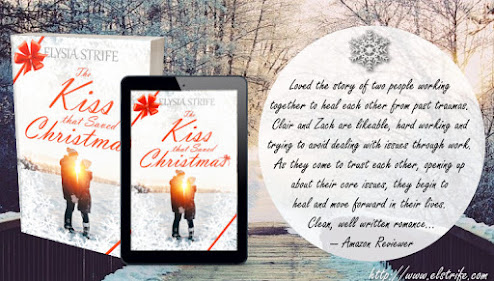 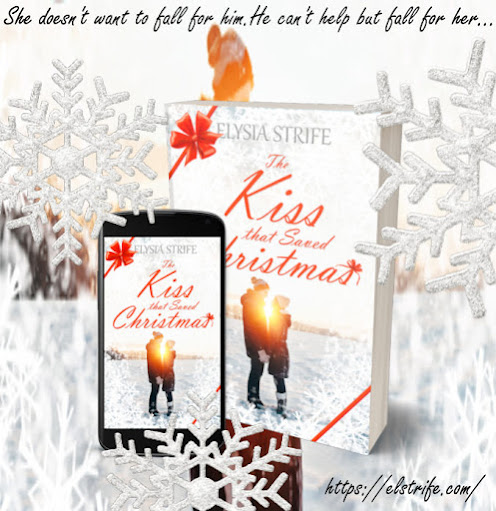 An optimist and opportunist, Strife is a self-made author, cover designer, and editor. Best known as Elysia Strife, who writes primarily sweet holiday romance, she most loves writing dystopian science fiction fantasy novels under the pseudonym variation E. L. Strife. She is an upcoming author of young adult fantasy as Elysia Lumen and looks forward to diving deeper into the world of magic.

Strife has toured castles, haunted houses, frozen caves, lava tubes, and concentration camps. She’s a hopeless empath who needs the quiescence of hiking in the Cascades, camping, and snowboarding to recharge. She also enjoys reading on rainy and snowy mornings with a fire going, even if it’s just the fake one in her RV. She craves learning new things, like how to work on her 1981 Corvette, her jeep, and the four-wheeler that just won’t budge.

Strife lives with an amazing man who can build anything he puts his mind to and a rescued dog that steals socks and chases the vacuum. Together, they travel the country—from the golden plains of North Dakota to the warm ocean of the southern Texas coast and back to the green valleys and vineyards of Oregon. Anywhere is home as long as they’re together.

If you’d like to know when Strife’s next books will be out, and to ensure you hear about her giveaways, visit her website: elstrife.com and subscribe via the links on her homepage. 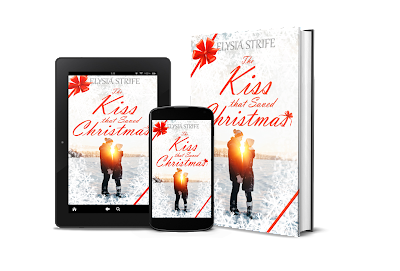