When a chance meeting under the mistletoe ignites a hidden attraction, Tess is forced to choose between fighting her desire or surrendering to love. 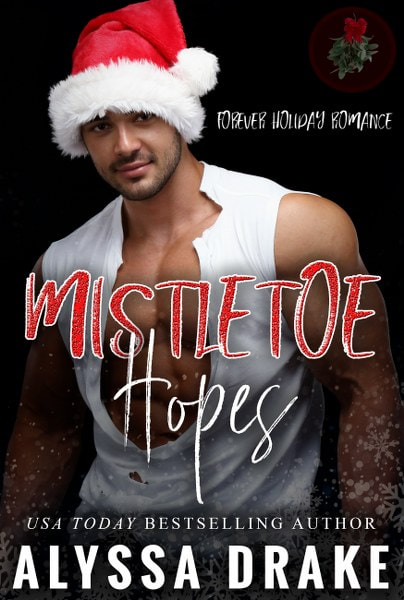 Christmas in the snow sounded like a brilliant idea when Kaitlyn pitched the idea of spending their annual sister holiday at a working ranch. However, mid-flight, Tess discovers Kaitlyn’s underlying motive is to spend the next seven days ogling the male owners of Dove Ranch.
Stuck in the snow with no electricity and a cowboy-crazy sister, Tess finds solace with the eldest brother, Weston, who deplores the suggestive misdirection of the ranch’s new advertising scheme. Agreeing to buffer Weston from the advances of the ranch’s eager guests, Tess finds herself falling for the man she offered to protect.
However, when Weston makes the ultimate sacrifice, Tess must decide if she’s willing to risk her heart on a cowboy.

“Do you seriously let your sister win everything?” Weston asked as soon as the door shut.

Tess reddened, twisting her fingers together, and glanced down.

“It was easier than putting up with the temper tantrums. When she was younger, I didn’t know how to handle the outbursts, and as she grew older, it just became habit.”

“And you’ve been giving in ever since?” He held out the jacket.

“That’s not fair.” Tess ripped the purple coat from his hand and shoved an arm through one of the sleeves. “She was a child when she lost both her parents.”

“You aren’t that much older than her.” He leaned around her, grabbed the side of the jacket, and lifted it. “Who looked after you?”

“I managed.” She stuck her other arm through the second sleeve. “Thank you.”

“Do you need me to zip it for you?” His mouth crooked.

He was teasing her! Her eyes narrowed.

“What would you do if I said yes?”

“I’d oblige you,” he rumbled and clasped the bottom of her jacket, tugging her toward him. Grasping the zipper, he yanked it up the jacket, then adjusted the collar, his thumb brushing along her jawline. He lifted his gaze and froze. “You’re beneath the mistletoe.”

Her heart burst into a frantic rhythm.

“There’s no one around. We could just pretend it didn’t happen.”

“It doesn’t work that way.”

“Mistletoe is that important to you?”

“Tradition is important to me, but if you prefer, I could find someone else to kiss you, Graham, Jax...” A dark cloud passed through Weston’s eyes. “I did make a promise to you last night.”

“I don’t want to kiss anyone else,” Tess said softly.

“As you wish.” His face expressionless, Weston placed his hands on her waist, moving at a glacial pace. Hesitating, his eyes searched hers, then he leaned forward and pressed his mouth to her lips. She curled into his embrace and wrapped her arms around his upper torso. His fingers contracted, digging into her skin. Instead of pulling her closer, Weston detangled himself from her and stepped away.

Tess turned her back to Weston and exhaled a shuddering breath. If this kept up, someone was going to have to protect Weston from her. 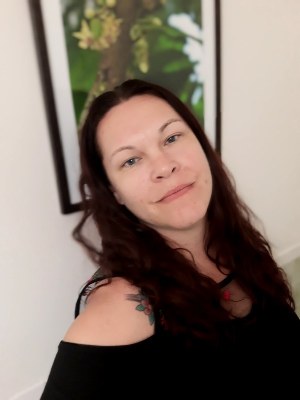 USA Today Bestselling Author Alyssa Drake has been creating stories since she could hold a crayon, preferring to construct her own bedtime tales instead of reading the titles in her bookshelves. A multi-genre author, Alyssa currently writes Historical romance, Paranormal romance, Contemporary romance, and Romantic suspense. She thoroughly enjoys strong heroines and often laughs aloud when imagining conversations between her characters.
She believes everyone is motivated by love of someone or something. One of her favorite diversions is fabricating stories about strangers surrounding her on public transportation. When she's not whipping up chocolate treats in the kitchen, Alyssa can often be found madly scribbling notes on a train or daydreaming out the window as the scenery whips past.
Website * Facebook * FB Group * Twitter * Instagram * Bookbub * Amazon * Goodreads 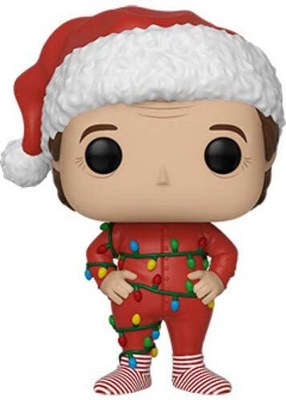