Today we shine the spotlight on Parker Williams' new novel 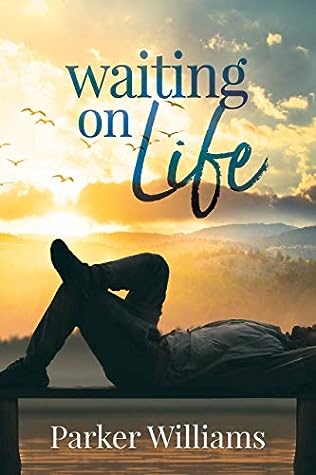 Big, bald, tattooed, and more than a little possessive, Toby Tomlinson isn’t what you’d call a lady’s man. In fact, he usually got too serious before they were ready. One day, upon returning home from work, Toby finds a young woman kneeling to pick up mail she’d apparently dropped. Taken with her red hair and slender body, he says hello as he grabs his own mail. The woman jumps and bangs her head against the open door, then lets loose with a string of expletives. She turns around and Toby discovers…the person he’s been ogling isn’t a woman at all, but a man.

Kyle Roga’s heard it all before. High school was filled with taunting classmates who could tell Kyle was far too fabulous to be straight. And now, here he was, being pawed at by a man who stole Kyle’s breath away. He ticked every box Kyle had, and a few he didn’t even know he wanted ticked. The problem? Kyle’s been burned before by straight men who think you’re good enough for sex, but not for a relationship. He’s been bitten way more than once, and he doesn’t want to go down that path again.

Two men, each with a different way of looking at love, find themselves having to reexamine what they always believed about themselves. Will it be enough to bring them together? Will each discover what they’ve been doing isn’t living, but waiting on life?

I dressed quickly, then slipped out the door. As I locked mine, from behind Kyle’s door came the beat of Joan Jett and the Blackhearts singing about how much they loved rock and roll. My estimation of Kyle went up a few more notches—he had good taste in music. Just before I headed for the elevator, the door opened up and a man stepped out. He was about six foot and clean-cut, with dark mussed hair and pale blue eyes. For some reason I was disappointed.
“Oh, let me guess. You’re Toby.”
That surprised me. “Yeah, and you are?”
He held out a hand. His grip was firm, but not one of those where they tried to show you they were the alpha dog. “Pete Jenkins. I’m Kyle’s roommate.”
That niggle of disappointment evaporated when I discovered that the guy wasn’t a hookup, but a friend. Of course, who’s to say he couldn’t be both? And why the hell did I care? Kyle could do whatever—whoever—he wanted to.
His gaze rolled over me, and I felt like a bug in a jar. I can see what Kyle meant.”
My stomach ached to know that Kyle“had been talking about me. After the way he was looking when the elevator closed, I’m sure I was in for that nose-in-the-air look so many people thought they could give me. Well, not today, Satan.
“Yeah, well, whatever. I have to go.”
“I turned and stormed down the hall, all twisted up in knots. Why did I care? I didn’t know Kyle, and I doubted I’d be seeing much of him in the future. And plus, he was a he, for fuck’s sake. I wasn’t into dick. Hell, if I had to label myself, I’d say lesbian, because I was totally into women. And I had said that to my sister once, and the cold shoulder I got made sure I never said it again. Still, dick never did a thing for me, and I wasn’t into guys, so it was best to put Kyle out of my head and look forward to the day ahead.
I’m sure it would be fun.