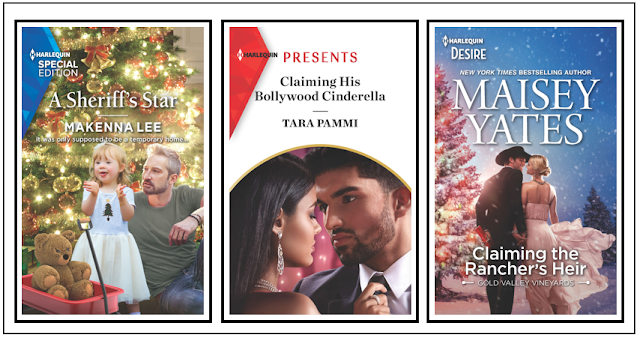 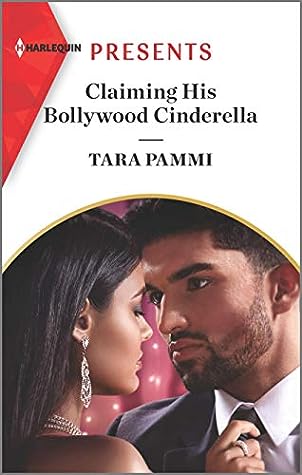 He’s a Bollywood superstar, she’s a personal assistant… And their one night proves that keeping things professional will be impossible in this passionate and uplifting Cinderella romance from Tara Pammi. A brief encounter… A forbidden fairy tale!

The hottest actor in Bollywood, Vikram Raawal has found love countless times—when he’s playing a role. In real life, he’s given up on finding a soul-deep connection and prefers to focus entirely on his career. Until at a masquerade ball, one woman leaves him craving more…

Naina Menon’s first impression of drop-dead gorgeous Vikram left much to be desired. But then one heart-stopping night shows her there’s so much more to him than his celebrity persona. Still, he’s a billionaire, and she’s a humble assistant. Is passion enough to bridge their different worlds?

Vikram Raawal walked up the steps of Raawal Mahal, his family’s two-hundred-year-old palatial ancestral bungalow. It was the only property his parents had left unsullied by their still-tempestuous marriage of forty years.

The muggy October afternoon was redolent with the pungent aroma of the jasmine creeper that his grandfather had planted for his wife all those years ago.

His grandparents had shared a love story that couldn’t be recreated by all the glittering sets and stars of Bollywood. If not for the fact that Vikram had very clear memories of them—Daadu and Daadi sitting side by side listening to ghazals on the gramophone, sharing stories with him and his younger brother and sister, Daadi keeping silent vigil by her husband’s side as he vanished away into nothing…he would have scoffed at even the idea of such a love.

But he had seen it. He’d been a part of it. He’d found comfort and joy in its shadow. And today, at the age of thirty-six, memories of that love hit him hard.

He was lonely, he admitted to himself, as he walked through the gated courtyard toward the main bungalow. The strains of an old ghazal played on the gramophone player, sinking sweetly into his veins, slowly releasing the pent-up tension he’d been carrying. He laughed at the mural his younger brother, Virat, had painted on one wall where a profusion of plants and flowerpots sat on an elevated concrete bench.

The cozy bungalow, full of sweet memories and peaceful childhood associations, was his favorite place in the world. And yet, he had avoided visiting for almost two months, using out-of-country shoots and overloaded scheduling as excuses.

But here in this place where he was just Vikram and not Vikram Raawal, Bollywood star, and the chairman of the family production company Raawal House of Cinema, he couldn’t lie to himself.

The raucous burst of a man’s laughter punctured his thoughts. It was Virat.

For a few seconds, Vikram considered turning around and walking out. His recent argument with his brother had been far dirtier than their usual headbutting over projects for Raawal House. Being called arrogant and dominating by a brother that he loved and respected had…shaken him.

The laughter came again and Vikram’s curiosity trumped his reluctance. He walked through the grand salon, filled with his grandfather’s trophies and accolades from a career that had lasted close to five decades in Bollywood.

Vijay Raawal had not only been a celebrated actor and director but had built his career from the ground up after traveling the country with a theater group for years. Started his own production company, and taken the industry in a new direction. Made mainstream films, art projects, and careers of many stars and never once lost his integrity.

How had his grandfather sustained such a glittering career in such a superficial and cutthroat industry? Had it been simply the unconditional support Daadi had offered him through everything?

After fifteen years and numerous box office hits in Bollywood, Vikram had suddenly found himself filled with a strange feeling of discontent all of a sudden. But it was more than creative burnout. In a cinematic twist, he’d found himself wanting the same kind of support and affection from someone that Daadi had given Daadu while knowing that he wasn’t actually capable of returning it.

In a crazy moment of impulse, he’d asked his best friend Zara to marry him. Thankfully, Zara had instantly said no. That he had even considered marriage in the first place—even if it was to his oldest and longest friend, showed how unlike himself he was currently feeling.

He nodded at Ramu Kaka—his grandfather’s old manservant, as old and comfortingly familiar as the bungalow itself.

The first thing that hit him as he entered the expansive sitting room was the subtle scent of roses. Every inch of him stilled as he stood over the threshold, his long form hidden from his daadi and Virat by the L-shaped angle of the hall. They were lounging on the divan, while a number of their servants stood huddled by the other door that led to the huge kitchen. Every mouth twitched in varying degrees of smiles.

In the middle of the room, kneeling on the rug, was a young woman with her face in profile to Vikram. Evening sunlight filtered through the high windows in the room and lit up her silhouette. The first thing he noted was the dark halo of her hair, curly and thick like her very own crown, that swung from side to side every time she moved her head, and huge glittering earrings that reminded him of the crystal chandelier Mama had spent thousands of dollars on in some Italian boutique.

The earrings swayed enchantingly every time the young woman moved her head. And she did it a lot. His mouth curved.

Wide eyes, pert nose and a lush mouth moved in constant animation, along with her plump body. Almost anesthetized by seeing size zero bodies on movie sets, he let his gaze return to the voluptuous lines of her body with a curious fascination. A white cotton kurta hugged her breasts, a long chain of glittery beads dancing over them.

White stones on tiny half-moon gold hoops glinted in a perfect line over the shell of her left ear, winking mischievously in the waning sunlight. With her multihued skirt spread out around her in a kaleidoscope of colors, she was a gorgeous burst of color against a gray landscape.

Full of life and verve and authenticity he hadn’t seen in a long time.

A thrilling sliver of excitement bloomed in his gut even as he frowned at the oversized stuffed teddy bear on the floor in front of her. Suddenly, the woman opened her mouth and screamed.

The cry was deep rather than shrill, perfectly modulated, and eerily familiar.

Vikram watched in increasing fascination as she extended her arms and bent to scoop up the stuffed toy from the ground into her arms. The gold and silver-colored bracelets she wore on one wrist tinkled at the moment, adding their own background score to the entire scene.

And then it came to him.

She was enacting a scene. From a recent movie. His latest action thriller.

She was imitating the cheesiest line he’d ever said in front of a camera and she was doing a fantastic job of pinpointing everything he’d hated about the movie and in particular, that scene.

Tara Pammi writes sexy romances with swoon-worthy heroes and sassy heroines - whether the classic Presents or the bantery contemporaries! Her heroines are sometimes smart badasses and sometimes shy geeks but all of them find the perfect hero. Because every heroine deserves a love story!

Tara lives in Texas with her very own Hero (who’s kind of a mix of Alpha and Beta and is perfect) and two Heroines-in-making. When she isn’t writing or reading, Tara can be found failing in the kitchen, binge-watching her favorite shows on NetFlix, or making resolutions in her pretty planner to exercise more, or even a little.