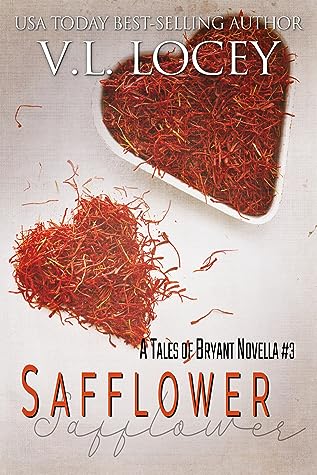 Two men are about to discover that dreams really do come true if you have love as your main ingredient.
People say Luis Duton has been incredibly lucky. Luis says that as well, but something’s been missing from his life. Even though he holds a glamorous position as cook/housekeeper/confidant for famed movie producer Caiden Dell, he dreams of attending culinary school. When he finally works up the courage to apply to one of the most prestigious institutes in all of Manhattan, he’s shocked when his application is approved. Overjoyed at first, he soon discovers that the heat is on big time as he battles with his insecurities along with one of his instructors.
With his dream about to go up in smoke, he goes to see a Broadway play to lose himself for a few hours. There he buys a box of candy from another young man with a dream: Fraser Wayne. Fraser’s passion is the theater, but his goal seems as far away as Luis’ at the moment. Drawn to the man’s devotion to his ambitions as well as the beauty of his smile, Luis soon finds himself caught up in a love affair ten times hotter than any kitchen.

I'm not sure if my expectations were maybe a bit too high or what on this one...
I've really enjoyed these stories up until now and while I didn't hate this one by any means. I also can't say that I loved it nearly as much as the rest of the series.
We've seen glimpses of Luis throughout this series so needless to say like many others I was excited to read this one and get his story and in many ways it was worth the getting. Luis's background is filled with love, heartache and pain but he's in a good place now. He loves his position with Caiden. It's a good job and has allowed him to work towards making his dream of becoming a chef come true and I really, really loved that Luis appreciates the value of doing something for yourself of working to achieve your dreams. He could have easily accepted Caiden's help to get into any cooking school he wanted but he knew in his heart that he needed to do this for himself. So while the story maybe didn't work as well for me as I'd hoped Luis did and I adore him for who he was and how fiercely strong and independent he was.
Then there was Fraser Wayne, he's a new character to this series and for the most part I came to like him a lot as well. He was sweet and sensitive and I liked that he saw Luis as the precious gift to his life that he was.
So next we have...what went wrong. Simply put there were areas of the story that just needed a touch more for me. I would have liked a bit more relationship development but what really took away from things for me was the time jump between the end of the story and the epilogue. While it was probably only a few month in time for me it was also what felt like a crucial point in the development of Fraser and Luis's relationship and I would have really loved a few snippets from it to help transition them from where they were to where they ended up.
While this didn't end up being one of my favorite stories it was still a nice addition to this series and one that I wouldn't have wanted to miss...maybe, not a 5 star read but still a win in my books.
*************************
An ARC of 'Safflower' was graciously provided by the author in exchange for an honest review.