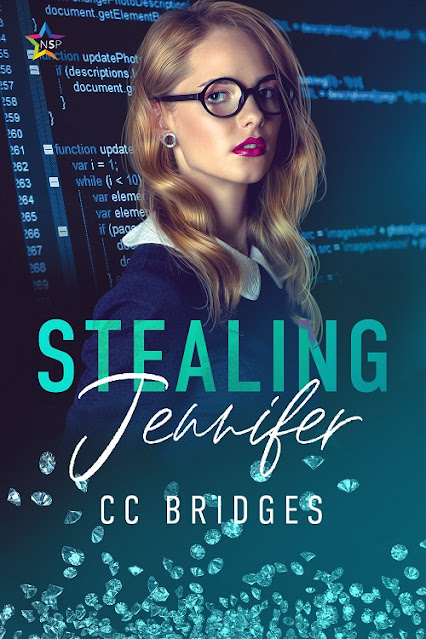 Jennifer, Sean, and Maria are jewel thieves—and lovers. When a job gone wrong sees Jennifer in the hands of the FBI, Sean and Maria have to figure out how to break her out. It’s no easy feat, since Jennifer is both their hacker and master planner. But these two thieves will do anything to steal their heart back.

Whatever happens, no regrets.

Jennifer had only seconds to act. The pounding of footsteps up the stairwell echoed against the walls. This old building had zero insulation. They probably thought they were being quiet, but Jen had good ears and fast hands. Years of experience had her moving before thinking.

One glance at her laptop showed the dual security camera feeds she’d hacked into. Sean hovered above the case of jewels and Maria waited patiently in the getaway car. Jennifer had a second to tab through the rest of the feeds to make sure no police had gotten close to either of them. She entered the kill code to erase the recordings while she still could.

At least they would be safe.

Jennifer touched her fingers to her lips and then the screen, brushing over both Sean and Maria’s faces, imagining the soft feel of the stubble on Sean’s cheeks and the flutter of Maria’s long black eyelashes. She regretted not being able to touch them one more time. Even this warning would have to be abbreviated in case she was overheard.

“I’m about to get busted.” Jennifer never thought she would be the one saying these words. “Get out, now. I’m burning the laptop.” She ripped the headset out of her right ear without waiting for a response. After five years together, she trusted them to listen, still a surprise to her even now to know that she could rely on anyone other than herself. Jennifer slammed the laptop closed and pressed her thumb against the failsafe fingerprint reader she’d installed on the bottom.

She ran out of time. The door behind her cracked under the weight of some asshole cop’s foot as she dropped the laptop onto the floor. At least she hadn’t rented this apartment—she’d never get the deposit back. No, she’d chosen an empty location with good sight lines to the jewelry store and picked the lock on the door.

If this had been a long con, they would have rented an apartment and tried to look like good neighbors. Jennifer had fond memories of jobs where they entrenched themselves, living for months or more in one place until that location felt like home. This job in particular should have been quick, in and out.

Yeah, that turned out well.

The cracked door gave way with a crash, and her once private sanctuary filled with large men in uniform. Jennifer forced down the panic as they surrounded her, black barrels of guns pointed at her. This had happened before, only she hadn’t been the target. “Put your hands in the air!”

Jennifer stood with deliberate caution, keeping her hands in view. Cops would take any excuse to get a shot off, and if she wanted to survive this night, Jen knew she had to play the game. However, the sarcastic little shit inside of her couldn’t resist saying, “Congratulations, you got me.”

Because really? Dozens of armed men for little ole her? Come on.

They didn’t seem impressed, at least no one responded other than to grab her by the shoulders and turn her around to cuff her wrists behind her back. The metal felt familiar on her skin from so much time practicing slipping out of handcuffs. Maybe that skill would come in handy tonight.

More important than slipping her cuffs would be figuring out the man in charge. If she kept her wits about her, Jennifer could think over the pounding of her heart, over the fear that this time she wouldn’t make it out. No, she had to focus. Think. None of these keystone cops were distinguishable from the others. They all wore the same damn blue uniforms with black body armor and helmets. Foot soldiers. She needed a mastermind.

That’s when he walked in. No nondescript body armor for him. He wore a suit, not an expensive one with a label, no, something utilitarian you’d pick up in the mall. Still, she noticed the bulge in the line of his jacket, a clear indication of a weapon. He carried himself like he expected to be obeyed, shoulders back and his jaw clenched. She met his eyes as he stared her down like he cataloged her for evidence, startled by the pale blue of those eyes and the contrast of that with his dark hair.

Funny. In another circumstance she’d consider him hot. Jennifer had always loved the combo of dark hair and light eyes, although his eyes were nowhere near as striking as Maria’s. She swallowed down thoughts of Maria or Sean. If she didn’t keep control of herself, if they guessed that she had partners out there, then the game was as good as lost. This stranger in a suit couldn’t know anything real about her.

When they forced her to walk past him she made sure to throw him a cocky grin.

He didn’t seem affected by it. She didn’t register to him any more than an object. Good to know. He nodded at one of the uniformed men. “Take her in.” 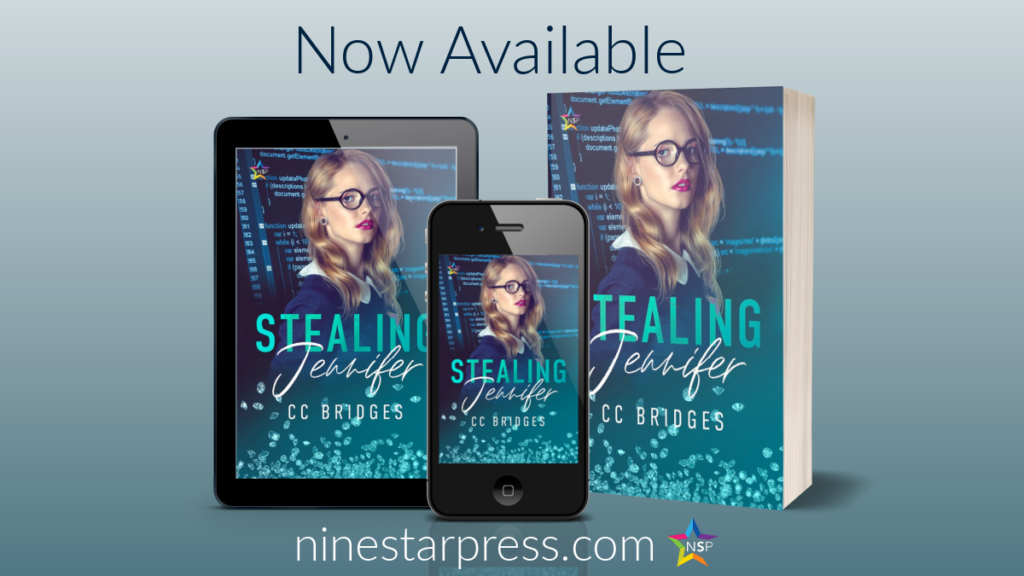 CC Bridges is a mild-mannered librarian by day, but by night she writes about worlds of adventure and romance. When she’s not busy solving puzzles in an escape room, she can be found diving into comics or binge-watching superhero movies. She writes surrounded by books, spare computing equipment, and a fluffy dog. In 2011, she won a Rainbow Award for best gay sci-fi/futuristic novel.