Release Blitz: Irresistible In A Kilt by Anna Durand

Irresistible In A Kilt 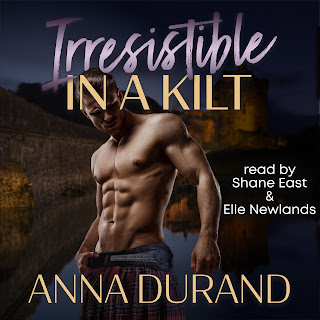 The sweetest lies are the most seductive…

Eleven years ago, I fell in love with Alex Thorne. He was beautiful, charming, sexy, and the best lover I'd ever had. He's also a bloody liar. Every word that comes out of his mouth is a half-truth, a con, or an evasion. Now I find out my dream job at a university in America is his way of pulling me back into his world. I will never, never fall under the spell of the British Bastard again.

Catriona MacTaggart is the one that got away. The Scottish lass has fire in her soul and in her eyes, especially when she punches me. I can handle that. Maybe the truth and I do have a different sort of relationship, but I've never lied about my feelings for Cat. I'll do whatever it takes to get her back, even if it means deceiving her.

Alex still knows exactly how to get under my skin, and despite all my intentions, I still can't resist that body and that smile. Maybe it's time I turn the tables and seduce the seducer, to finally solve the mystery he doesn't want me to unravel.

Who is Alex Thorne? 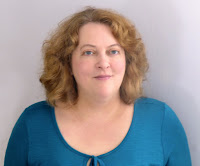 Anna Durand is a bestselling, multi-award-winning author of contemporary and paranormal romance. Her books have earned bestseller status on every major retailer and wonderful reviews from readers around the world. But that’s the boring spiel. Here are some really cool things you want to know about Anna!

Born on Lackland Air Force Base in Texas, Anna grew up moving here, there, and everywhere thanks to her dad’s job as an instructor pilot. She’s lived in Texas (twice), Mississippi, California (twice), Michigan (twice), and Alaska—and now Ohio.

As for her writing, Anna has always made up stories in her head, but she didn’t write them down until her teen years. Those first awful books went into the trash can a few years later, though she learned a lot from those stories. Eventually, she would pen her first romance novel, the paranormal romance Willpower, and she’s never looked back since.

Want even more details about Anna? Get access to her extended bio when you subscribe to her newsletter and download the free bonus ebook, Hot Scots Confidential. You’ll also get hot deleted scenes, character interviews, fun facts, and more – including a bonus audiobook chapter performed by Shane East!

You can find Anna at