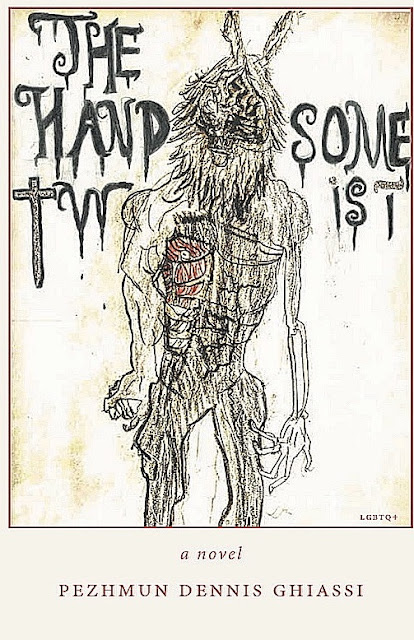 The Handsome Twist is a dark fairy tale inspired by the author's actual life, being raised in Iran as a gay male, which for many who don't know, is equivalent to the death penalty. Due to tackling topics such as perverse behavior, taboo lust, political oppression, maltreatment, rape and homicide, in high volume of vulgar language, this book is aimed for the mature audience.

Living his sweetest life in a cozy cottage, deep in the heart of a magical forest, a little boy by the name Pezhmun is cursed on his 10th birthday by the 1st royal subject of Hell, queen of lust, to live a life full of horrific trauma and tragedy.

In the rudest awakening he is stripped from his chakras as they take human form, helping him to truly comprehend the power of love, through self acceptance and courage, where only then he meets his soulmate, but hopefully in time to save the world from plunging into eternal darkness.

This story points to topics in which many of people who grow up LGBTQ, usually face throughout the journey of self discovery and self acceptance with a hope of inspiring all to be there true organic selves.

The Handsome Twist simple edition is written in a more comprehensive manner for all to read without difficulty in comparison to the sophisticated, prosaic and poetic original version.

I was born on a glacial Thursday, 4 am of January 4th, 1990, in Baltimore, Maryland, from a mixture of Persian, Irish, Italian, and Native American, something my mother use to call a Heinz 57 ketchup. A year later, after my birth, both my father and mother grew exasperated from to the complexities of the cold climate. In a drastic change of mind, our domesticity was relocated to the Sunny Scottsdale of Arizona.
I confess life in the scorched city did us well. My parents both successful businessman and woman, steady income, a beautiful home and anything to ever ask for and how I wish life always showed its brighter side to me and my loved ones, but that's not always the case, and this life we speak of isn’t always dreamy…

I recall being ten and en-route from school to home that day as a certain anxiety pommeled my paunch.
I swung the door open only to my witness, the household tarnished! I had never seen so much shattered glass and porcelain gathered in one spot! My pops seeing me rapidly tugged my wrist, marching to the bedroom, sitting us at his computer. “You want to see what your mom's doing?” My momma's shriek from the other side of the house rang loud “Parheez No! Don't do that to him!” Disregarding her plea, he opened his browser, pulling up a website.  A tall, scrawny man, his blinkers framed in glass binoculars, and a dirty brown mustache with a red cap on his head appeared as my father uttered, “You're mother is fucking this man!”  I gasped in shock! My breath shortened as I dashed to my only sibling, my older sister's room drowning in tears! I leaped to her embrace as she nurtured me.  How could someone do that to a 10-year old I pondered! Anyhow, let's let that minor one slip, considering that the least of our worries, for now, that is.
Months later, the once upon a time madly in love couple split! My father by fate lost all his fortune to his partner who had swindled him to his very last dime and as far as my mother who till that day had dedicated her life-giving me and my sister her all, chose emancipation parting ways, re-wedding to a forest firefighter named" William Delaney " who most likely now quivers in the icy flames of Hell!
My old man now left with empty pockets, and two kids on his hand did what he only knew best, returning to his homeland, Iran.
Luckily his parents had been financially blessed and were indeed the significance of benevolence granting us a home to launch a new life!
A year later, my Baba saw suitable to remarry, so he did. He pondered maybe if a motherly figure hovered our lives, it would do us good, another erroneous mistake!
My step-dame initially seemed the kindest, sweetest being to roam the earth, though gradually in time, she allowed her true colors to show vibrancy.
This woman I speak of had seen much darkness and cruelty in her life, and by the time she had been locked into our family, already had she entrapped herself in a chamber of bitterness, constructed by bricks of pessimism and paranoia. So to be honest, yes, she has a golden heart, though like myself a very fucked up past with the only difference I chose the path of wisdom, not ignorance in my years of youth.
My father made certain to never deprive her of emotion, yet still, she portrayed envy for the love and affection he offered us, making it her mission to assure our lives a misery.
By night shame would be our pillows and goosebumps of gloom our blankets. Now imagine me, my sister to her brown almond eyes, adversaries, not offspring!
Years of her crudeness sailed the sea of our existence till in a sudden twist, this compulsively jealous spouse of a wife of my father went down a darker spiral of violence as one day I declined one of her many ruthless requisitions, expecting me to drop whatever I had in hand and spring at her ease.
I stood up for myself for once, in-surprise my merit were sharpened claws! Scaring my throat, leaving a sting of blood, the image of my scrag!
If a wicked stepmother was my only pain, I'm positive I wouldn't be here scribbling away. 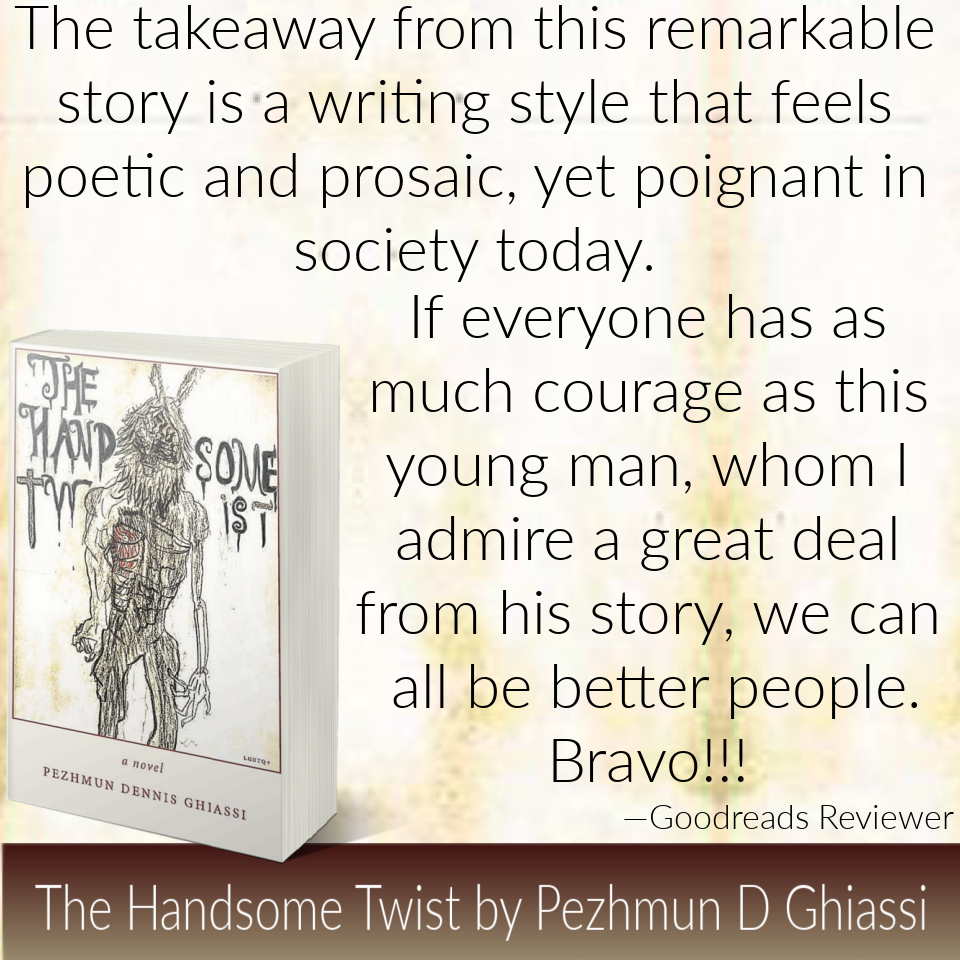 Born in Baltimore, Maryland, Raised in Iran, Ghiassi is a renaissance in the field of art! At the age 10 after the separation of his parents he along with his father and sister moved to Iran. He soon began school in a Farsi language school and easily became adapted. In his teen years he discovered himself a dilatent in the field of art by sowing clothing, painting, dancing and high school plays. Ghiassi is a graduate with a BA in Persian literature. At the age 24 he returned to America, served as a US Marine reservist and soon found himself obsessed with writing and a brilliant outlet to manage his heavy luggage of trauma and pain. He currently now resides in Southern California, studying film and directing as an actors student in hopes to one day transform The Handsome into a full length feature.