Blogtour: The Code For Love And Heartbreak by Jillian Cantor 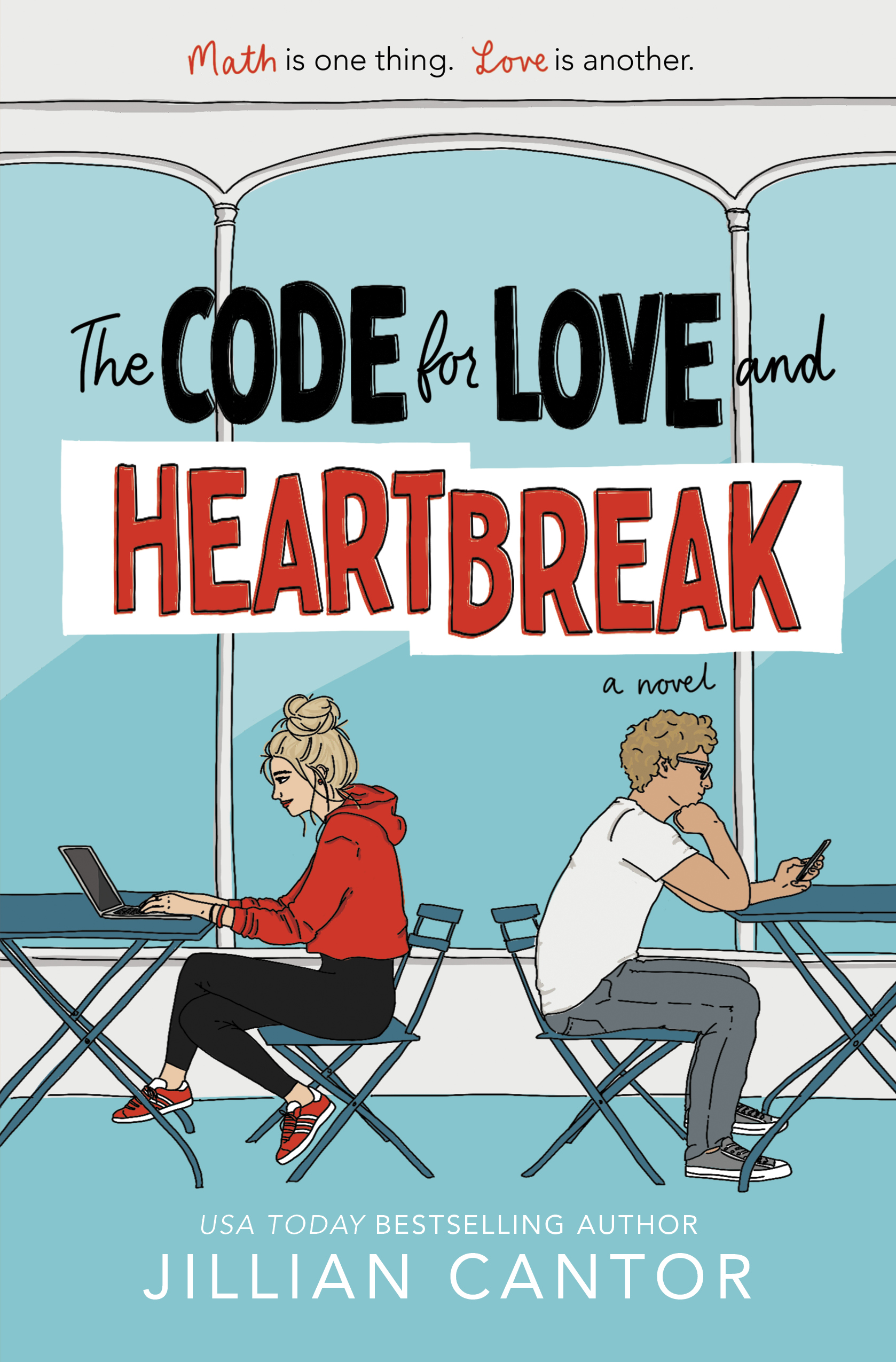 When math genius Emma and her coding club co-president, George, are tasked with brainstorming a new project, The Code for Love is born.

George disapproves of Emma’s idea of creating a matchmaking app, accusing her of meddling in people’s lives. But all the happy new couples at school are proof that the app works. At least at first.

Emma’s code is flawless. So why is it that perfectly matched couples start breaking up, the wrong people keep falling for each other, and Emma’s own feelings defy any algorithm?

I’ve always loved numbers a whole lot more than I love people. For one thing, I can make numbers behave any way I want them to. No arguments, no questions. I write a line of code, and my computer performs a specific and very regulated task. Numbers don’t play games or hide behind some nuance I’ve missed. I write an equation, then formulate a definitive and absolutely correct answer.

And maybe most importantly, numbers never leave me. I tell this to Izzy as she’s sitting on her suitcase, trying to force it closed, having just packed the last of her closet before leaving for her freshman year at UCLA, which is exactly 2,764 miles from our house in Highbury, New Jersey. A number which seems insurmountable, and which makes me think that after this day, Izzy’s last one at home until Christmas break, we’ll be more like two strangers floating across a continent from one another than sisters.

“Numbers,” I say to Izzy now, “are much better than people.”

“You’re such a nerd, Em,” Izzy says, but she stops what she’s doing and squeezes my arm affectionately, before finally getting the suitcase to zip. She’s a nerd, too, but not for numbers like me—for books. Izzy is running 2,764 miles away from New Jersey to read, to major in English at UCLA. Which is ridiculous, given she could’ve done the same at Rutgers, or the College of New Jersey, or almost any one of the other sixty-two colleges in our state, any of which would’ve been within driving distance so we could’ve seen each other on weekends. Izzy says she’s going to California for the sunshine, but Dad and I both know the real reason is that her boyfriend, John, decided to go to UCLA to study film. Izzy chose John over me, and that part stings the most.

“I can’t believe you’re actually going,” I say, and not for the first time. I’ve been saying this to Izzy all summer, hoping she might change her mind. But now that her suitcase is zipped, it feels like she’s really leaving, and my eyes start to well up. I do love numbers more than people. Most people.

Izzy and I are only seventeen months apart, and our mom died when we were both toddlers. Dad works a lot, and Izzy and I have barely been apart for more than a night in as long as I can remember, much less months.

She stops messing with her suitcase now, walks over to where I’m sitting on her bed and puts her arm around me. I lean my head on her shoulder, and breathe in the comforting scent of her strawberry shampoo, one last time. “I’m going to miss you, too, Em,” she says. “But you’re going to have a great senior year.” She says it emphatically, her voice filled with enthusiasm that I don’t believe or even understand.

“You really could stay,” I say. “You got into two colleges in New Jersey.” This has been my argument to her all summer. I keep thinking if I say it enough she really will change her mind. But even as I say it, I know it’s probably too late for her to change anything for fall semester now, no matter how much I might want her to. And she just looks back at me with worry all over her face.

“Can’t or won’t?” I wipe my nose with the back of my hand, pulling away from her.

She leaves me on her bed, and goes back to her suitcase. She shifts it around, props it upright and then looks back at me. “You know what you need?” she says, breathing hard from managing the weight of her entire life, crammed inside this giant suitcase. “To get out there this year. Be more social. Get some friends. Maybe even a boyfriend.”

“A boyfriend?” I half laugh, half sniffle at the ridiculousness of it.

“If you keep busy, you won’t even notice I’m gone.” She speaks quickly, excitedly. There’s nothing Izzy likes more than a good plan, but this sounds terrible to me. “Christmas will be here before you know it—” she’s still talking “—then next year, you’ll be off to college, too.”

Maybe that would be true for her, if I were the one leaving, and if she were staying here. If I were the older one, leaving for California first, Izzy would stay here, spend the year with John and barely even notice my absence. Which is what I guess she’s about to do at UCLA. But I’ve always needed Izzy much more than she’s needed me.

“I hate being social. And I don’t want a boyfriend,” I say. “And anyway, you know what the boys are like at our high school. No thanks.” Mostly, they’re intimidated by me and my penchant for math, and I find their intimidation so annoying that I can barely even stand to have a conversation with them, much less a date. And the few that aren’t? Well, the one that isn’t—George—is my equal and co-president of coding club. He also happens to be John’s younger brother. We’re something like friends, George and I. Or maybe not, because we don’t really hang out outside of family stuff, school or coding club, and I guess in a way we’re supposed to be rivals. One of us will for certain be valedictorian of our class this year. The other will be salutatorian. And knowing George, he’s going to be more than a little bit annoyed when he’s staring at my back during graduation.

“You love numbers so much and you’re so good at coding,” Izzy says now with a flip of her blond curls over her shoulder. She wheels the suitcase toward her bedroom door and stops and looks back at me. “You could always code yourself a boyfriend.” She shrugs, then laughs a little, trying to make this moment lighter.

I don’t even crack a smile. “That’s a really ridiculous thing to say,” I tell her. “Thank God you’re going to be an English major.”

But later, after it all fell apart, I would blame her. I’d say that it was all Izzy’s fault, that she started the unraveling of everything with her one stupid offhand comment on the morning that she left me.

Jillian Cantor is the author of award-winning and bestselling novels for adults and teens, including In Another Time, The Hours Count, Margot, and The Lost Letter, which was a USA Today bestseller. She has a BA in English from Penn State University and an MFA from the University of Arizona. Cantor lives in Arizona with her husband and two sons.
Find out more on her website.
Promotional post. Materials provided by the publisher.