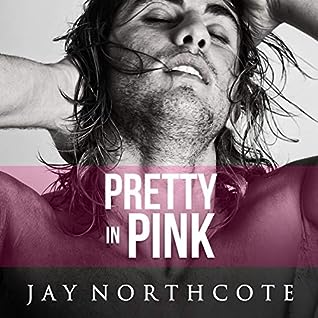 Ryan’s always been attracted to tall, leggy blondes—normally of the female variety. When Johnny catches his eye at a party, Ryan’s interest is piqued even though he’s never been with a guy before. The attraction is mutual, and the amazing night that follows opens Ryan’s eyes to his bisexuality.

Experience has taught Johnny that love hurts. Staying single is safer, and there’s no need for complicated relationships when hooking up is easy. When he moves in next door to Ryan, they’re both interested in picking up where they left off, and it seems like an ideal arrangement: convenient, mutually satisfying, and with no strings attached.

Despite their best intentions to keep things casual, they develop an emotional connection alongside the physical one. Both begin to want more from the relationship but are afraid to admit it. If they’re going to work things out, they need to start being honest—first with themselves, and then with each other.

"Pretty In Pink" is the sixth book in Jay Nortcote's 'Housemates' series and while I've enjoyed the first four books on audio I have to confess I did miss out on the 5th book so I can honestly say these books can readily be enjoyed as standalone stories. While characters from previous stories do appear in the story they're here as a part of this story and there's no real overlap in terms of plot from the previous stories in this series. Which is not to say that I won't be going back to catch book #5 when I have a chance...it's just that I was able to enjoy this one without feeling like there were gaps in the story that I'd missed out on.

But neither of them is adverse to a bit of fun on the side. It's just that Ryan's not gay...he likes his blonds...tall,slim, leggy and female...but hey, 3 out of 4 ain't bad, right?

For me this one was just ok, I liked that characters from previous stories were around giving the story a level of familiarity and comfort that I enjoy in a series.

For reasons of their own both Ryan and Johnny are reluctant to have a relationship that's anything more than hooking up. But with each hook-up both men find themselves becoming increasingly attracted and attached to the other. Unfortunately good communication is not a strong point for either of these men and misunderstandings easily become their biggest obstacle.

For me the bigger issue for Ryan and Johnny came from Ryan's behavior. I get that Ryan was suddenly faced with the realization that he could be bisexual and yes, that can be a big deal for someone but not at the price of making someone else your dirty little secret...sorry but just no, that doesn't work for me. Granted Ryan did get a bit of redemption later in the book but still there were definitely moments when I was uncomfortable with how Ryan was treating Johnny...so I can only imagine how Johnny must have felt.

As far as Johnny's behavior goes I think each reader has to decide for themselves how they felt about it and for me...it wasn't an issue but in the interest of remaining spoiler free the only thing I can say is read/listen to the story and make your own informed decision.

Hamish Long provided the narration for this audio book and once again he's done a super job and added depth and emotion to the characters voices. "Pretty In Pink" is the eighth audio book that I've enjoyed that's narrated by Hamish and he's consistently given me stories that I not only enjoy but enjoy enough to know that I'll happily listen to again in future.

While "Pretty In Pink" wasn't the best in this series so far, it was definitely a solid and welcome addition to the series and I've enjoyed revisiting Jay Northcote's 'Housemates'.

An audio book of 'Pretty In Pink' was graciously provided by the author in exchange for an honest review.

Buylinks are provided as a courtesy and do not constitute an endorsement of or affiliation with this book author or booksellers listed.