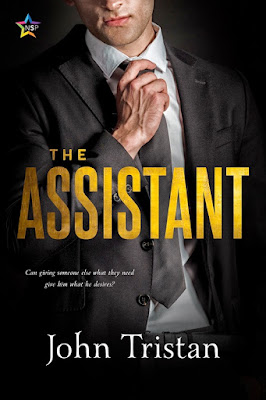 Burned out ex-soldier Nick Kurosawa has drifted from job to job since he lost his family in a car crash. Lately, he’s been working on and off as a bouncer, barely managing to cover his bills; an opportunity for steady, well-paying work is just what he needs to get his life back in order.

Jacob Umber, a secretive philanthropist, gives him that opportunity. Umber has fibromyalgia and needs a personal assistant to help him with the tasks of daily living—someone strong, adaptable, and, most of all, willing to let Umber take the lead.

It seems a perfect opportunity for Nick. More than anything, he craves guidance and a purpose, and Umber gives him that in spades. When Nick starts craving more, it seems an impossible complication, but even the reserved Umber can’t deny Nick’s talent—and need—for following his orders. But Umber’s shadowy past holds secrets that could undo their fragile new relationship and any hope Nick has of a normal life.

It was a clear autumn night, with the moon low and yellow above the city. Between its fullness and the lights, only a few stars could be made out, pinpoints in the raw black silk of the night. Nick stood with his fists balled above the man breathing hard in the gutter. A trickle of spilled beer ran into his hair, foaming like shampoo. He smelled sour, of sweat and fear.
“Jesus, man!” The man’s companion—a skinny young guy with a circular Band-Aid over one eye, like a discount pirate—crouched beside him. “Somebody call an ambulance! Call the cops!”
“By all means,” Nick said. He forced himself to take a step back, unclench his fists. “Let’s call the cops and tell them the whole story.”
Discount Pirate slit his eye at him and helped his companion to his feet. The man was dazed but seemed unhurt. Still—he could easily have a concussion.
Nick hesitated. “Maybe we should call an ambulance—”

“Forget it,” the man said thickly and spat into the gutter. In the neon and moonlight, the blood in his mouth looked black. His eyes met Nick’s, and this was the worst part: they understood each other perfectly. He’d wanted to start a fight, and Nick had taken the bait. Another night, it would have fallen out differently.
“Let’s get out of here,” Discount Pirate said, putting a proprietary arm around his companion’s waist and dragging him off into the darkness.
Nick let out a shaky breath. The street was empty, now; if he was lucky, this wouldn’t get back to Merritt, who owned the Hellhole. He hadn’t hired Nick to start fights but to stop them as gently as possible—de-escalation, not macho bullshit. The Hellhole was the only gay bar in Westerley, which meant it drew both the occasional snickering asshole and its share of ex-boyfriend drama. Merrick wouldn’t thank him for bad publicity.
“Jesus, Nick.”
Fuck. This was the last thing he needed. He turned toward the familiar voice. “Hey, Alex.”
Alexander Finn—his friend, once-upon-a-time fuck-buddy, and self-appointed social worker—had come up out of the Hellhole at just the wrong time. Sweat was still beaded on his pale forehead, cooling rapidly in the night air. “What happened?”
“Didn’t know you were down here tonight,” Nick said, affecting a breezy tone. “Must have been here before my shift started.”
Alex rolled his eyes. “I know you’re not jealous, so you’re trying to deflect. What happened?” He took out his cigarette case—silver, engraved—and popped one into his bow-lipped mouth, then offered one to Nick.
He reached for it, then hesitated. “Haven’t smoked in months.”
Alex gave him a skeptical look. “Come on.”
“Vaping doesn’t count.”
He laughed softly. “I’ll give you that one.” He snapped the case closed and tucked it away. “Talk.”
“I don’t know.” Nick ran his hands through his hair. “The guy just. Got under my skin. It’s like he knew how to push my buttons.”
“You’re not supposed to have buttons while you’re on the door.”
“Fuck you. Give me a cigarette.”
He did; they smoked together in the neon-lit dark.
“This job…” Alex chewed on his thoughts for a moment. “It’s not good for you. This isn’t the first time you’ve let someone…push your buttons.”
Alex was right—he’d never let himself take it this far before, but there were more than a few times over the last few weeks when a sneer or a snicker or a muttered insult had gotten under his skin and launched him right in someone’s face, teeth bared, eyes glittering. His fuse frayed shorter every week he was out here. He took a long, slow draw from the cigarette and laughed bitterly. “Well. I still need the rent paid.”
“How long until your shift is over?”
Nick grinned sideways at Alex. “Why, you want to take me home?”
He sighed and shook his head, but it had raised a smile. “Just think you could do with a good night’s sleep. After that…” Alex hesitated a moment. “Can you take the next few days off?”
“I’m not back on shift until Monday evening.”
Alex nodded and took a card out of his pocket—his business card, Nick recognized—and then fished out a pen. “Turn around,” he said.
Nick did. Alex leaned on him, using his back as a desk to write on. He could feel the scratch of the pen through his shirt.
When Alex was done, he handed him the card. Nick frowned at it. There was an address on it, a place in the financial district, and a name: Jacob Umber. “What’s this?”
“Someone—someone I know is looking to hire. I thought…well, you already have a job, and I had someone else lined up, but—”
“You always have someone lined up for something, don’t you?” There was a slight edge of bitterness to Nick’s words. Alex networked—he always had a side hustle lined up for someone, for the washouts and burnouts, the ex-cops and ex-military, the bikers and drifters he seemed to draw into his orbit. His type: like Nick. “Is this meant to be charity? Because you can pass it on to one of your other tricks. I don’t need it.”
“Call it what you will. And you’re not a trick, Nicholas.” Alex leaned in to kiss him on the cheek, chastely. “You’re my friend.”
Nick swallowed a sudden lump in his throat and stuffed the card in the back pocket of his jeans. “Yeah, all right, fine. There’s no number on the card—am I meant to just show up?”
“I wrote hours on there,” Alex said. “Nine to three. Weekdays.”
“Right.”
“Nick…” He seemed to be struggling with his words. “This isn’t a guaranteed job. I can get you a way in, but you’ll have to impress.”
“Come on, Alex.” Nick flashed a smile. “Don’t you think I can pull out the stops when I need to?”
He laughed and shook his head. “I know you can. Good luck, Nick.”
“Thanks. No, really…thank you.”
He nodded and left him on the empty street. Nick took his vape out of his pocket and sucked down a nicotine cloud; he noticed his hands were shaking. There was a subtle ache in his knuckles, where they’d collided with the man’s cheekbone. He felt a tiredness deeper than exhaustion, something like lead in his bones, and on top of that, a thin hot skin of queasy arousal. He didn’t know if he wanted to sleep for a year or get fucked up against the wall of the nearest alley. Well, he told himself, right now it’s going to be neither. He smoked until his hands stopped shaking and then waited for the sky to lighten—for his shift to be over—so he could go home. 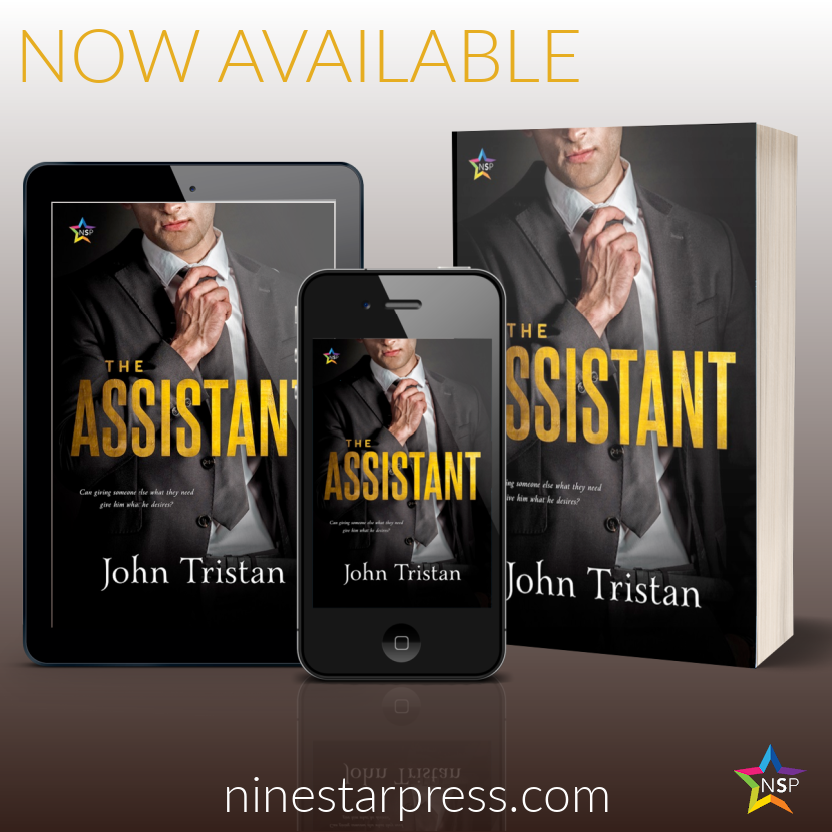