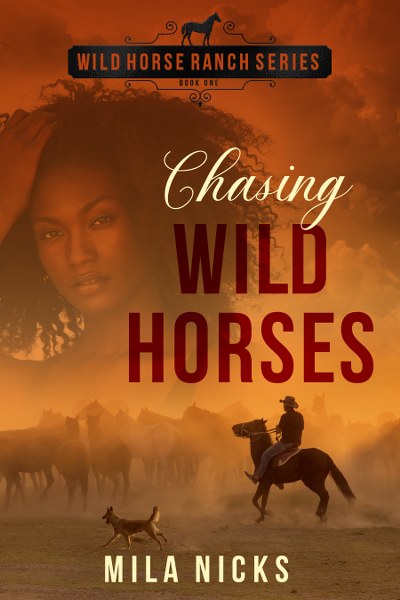 A slow-burn romance between two outsiders from opposite worlds:

He’s the biggest outcast in town…

Chase Collins has never met a horse he didn’t like. Too bad he can’t say the same for people. In his hometown Lutton, his poor reputation follows him like a dark shadow. It’s best for everyone if he sticks to where he belongs. At least on Wild Horse Ranch, he’s safe from judgment. Then one day a familiar face from 10 years ago shows up out of the blue.

She’s a wanderer who comes and goes…

Samara Grant is a nomad at heart. She doesn’t like staying put for too long. But when her Grandma Bunny passes away, she has to put her carefree lifestyle on hold to handle her affairs. She might have spent childhood summers in Lutton, Texas, but it’s no place to live. She wants to get in and out as fast as possible. Little does she know life has other plans.

Together, they form an unbreakable bond…

After a series of near-death experiences, Samara decides to take back control of her life. She asks Chase to teach her how to ride. Neither expect to find common ground—and a fiery attraction—when Chase agrees. But their blossoming relationship isn’t celebrated by everyone. The closer Chase and Samara get, the more an unforseen enemy seeks to tear them apart...

EXCERPT
The sight was jarring. Her tire was shredded, the split in the rubber the work of a sharp blade. She quickly looked up and scanned the area. Nothing was out of the ordinary. Here and there others in town wandered down the sidewalks and perused the shops on Main Street, all of them unsuspecting and indifferent. Nobody had a clue that her tire had been slashed.
Walking around to the other three corners of her Jeep, she saw the rest were too. Somebody had intentionally sought out her Jeep and destroyed her tires. Her brain rejected that reality, swimming in a shock that left her speechless. For the life of her, she couldn’t rationalize why. None of it made sense. She was a visitor in Lutton, temporarily in town for the summer. Who the hell would do something like this?


Samara must’ve looked like a frazzled mess standing there beside her Jeep. Several passersby slowed up and stared. A few stopped and asked if she needed help. Her shock hadn’t worn off so she ignored them all, blinking with a lump in her throat at the damage done. It was difficult for her to tell how much time had passed before the last person she wanted to hear spoke to her.
“Who did this?” Chase asked from behind. He had exited the grocery store to discover her on the sidewalk. He walked up with tentative footsteps, keeping a distance between them. “Somebody slashed your tires.”
Her earlier temper rushed in like water bursting through a dam. “No shit! Just go, okay? I don’t need your—”
“You were in the store for a few minutes,” Chase interrupted in his low drawl. He dropped his own groceries on the cement and strode forward to kneel beside a shredded tire. “That means one thing.”
“What? What does it mean?” She had no patience, snapping without care or thought.


Chase ran a hand over the deep puncture marks. “It means somebody was watching you.” 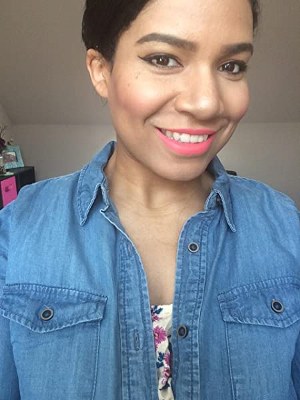 Mila Nicks is an emerging romance author on a mission to pen heartfelt love stories featuring women of color.

From the time she was a small girl with crayons and an overactive imagination, she’s had a passion for storytelling. In addition to receiving her Bachelor’s degree in Journalism, she is presently pursuing her MFA in Creative Writing. She has also served her country in the United States Air Force.

When she isn’t penning uplifting love stories, you can find this imaginative writer traveling across the globe, sampling new cuisines, or spending quality time with her spunky pet Chihuahua, Zayden.

$25 Amazon giftcard and free copy of an ebook