Blogtour: Pain In My Heart by Daryl-Jarod 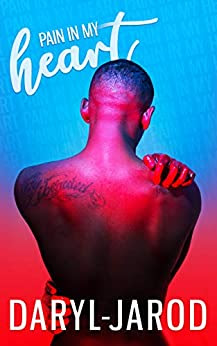 Pain in My Heart is a candid and honest journey through the eyes of a hopeless romantic. Each poem serves as part of a puzzle that not only pieces together heartache and love, but also the vulnerable parts we fearfully conceal from the world.

Poems that cover topics of self-love, depression, anxiety, and life as a gay black male in today’s society, all await you as Daryl-Jarod unlocks his heart to yours, one page at a time.

I WONDER
I wonder, would they miss me?
If one day I decided I’d grown tired of trying
And wanted nothing more To do with this cruel, cruel world If I woke up one morning too weary Of being called sissy and faggot Too ashamed of living day-to-day in this skin Because no one seems to understand me They have no interest at all In comprehending my daily struggles Just because I walk the way I walk
And talk the way I talk
Does that give anyone the right to exclude me? Or find humor in my uniqueness? Is it even ethical to taunt a timid soul Already on the brink of destruction? 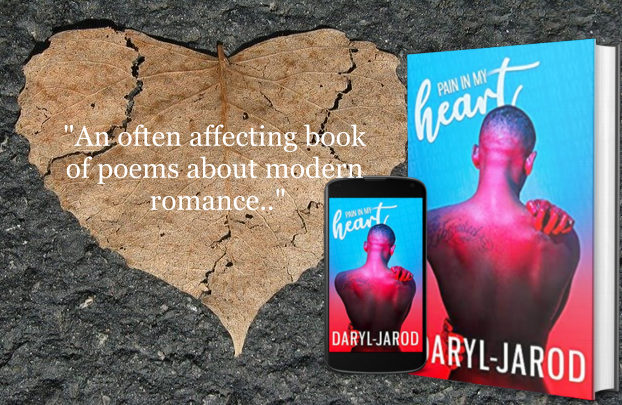 Daryl-Jarod is an Amazon best-selling author, recording artist, and actor. Born and raised in Hopkins, South Carolina, he always had big dreams of pursuing a career in entertainment.

As a child he’d write short stories and songs, which later aided him in transitioning into the talented storyteller he is today. His writing career all began with a short poem he composed in third grade entitled, “My Teacher is Neat”, which was selected to be featured in a publication of poems from talented students throughout the state. The encouragement of his mother, teachers, and peers, pushed him to continue writing.

Daryl-Jarod is hard at work promoting his latest and most personal offering, Pain in My Heart.