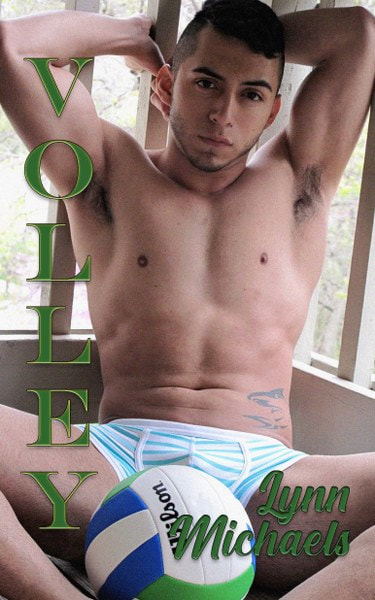 Can they handle the competition?

Getting down and dirty in the sand is all in a day’s work for pro-volleyball digger, Robby Gilcrest, but a new doubles partner has him competing both on and off the court.

Ace Henderson comes from the wrong side of the tracks and has worked for every success in his life. Why should he think his relationship with Robby would be any different?

But he’s not losing to Morgan. Robby is his, right?

Beach volleyball and fouled emotions will bring them together or tear them apart--right on time for these Olympic hopefuls.

A sweet MM romance with an established couple and plenty of balls.

“Is Chris going to find someone or not? I’m worried about this.”
“Now you’re worried?” Robby rolled his eyes like the brat he was. “I’ve been worried since day one when you decided we weren’t playing together anymore.”
“We decided.”
“Whatever.” We both knew it wasn’t what Robby wanted, but it was necessary. “Anyway, he says he has someone flying in later this week. Nothing else I can do.”
I pulled a stiff Robby in my arms, knowing how to stroke his ego.  Leaning closer so Drake wouldn’t overhear, I whispered, “Seems like what you have going on here is more about helping this newbie rather than keeping you in shape. I mean, come on...”


Robby burst out laughing. “I had to do something. Unless you want to take over.”
The type of playing I wanted to do wasn’t for a sand court. Especially not one out in front of Cove Club. I wouldn’t give the privileged, elite assholes a second of anything they could use to gloat over me. I’d spent my life scraping and fighting for everything I had. I found a talent that totally resonated with me and worked on it endlessly. To be better than them. To earn a place and know the pride of working for it.
A big part of that had become Robby, and I had certainly enjoyed playing with Robby—we were unbeatable. None of that was worth risking our relationship. I loved Robby off the court more than anything. I loved everything about him. Even that he came from the uptight, self-absorbed gentry I hated. Robby wasn’t like that. When we’d met, he’d been a spoiled kid who had everything except the one thing he most needed—me. And the love I gave him.

Lynn Michaels lives and writes in Tampa, Florida where the sun is hot and the Sangria is cold. When she's not writing she's kayaking, hanging with her husband, or reading by the pool. Lynn writes Male/Male romance because she believes everyone deserves a happy ending and the dynamics of male characters can be intriguing, vulnerable, and exciting. She has both contemporary and paranormal titles and has been writing since 2014. Her stories don't follow any set guidelines or ideas, but come from her heart and contain love in many forms.