Blogtour: The Redemption of River (Sex in Seattle #4) by Eli Easton

The Redemption Of River 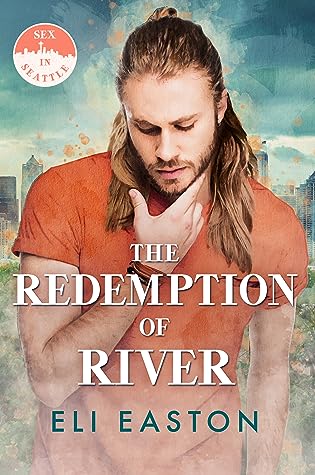 River Larsen is a world traveler, truth-seeker, and tantric healer. He’s a master of loving all—and no one. Both his past and his spiritual path warn him against attachment. When he falls for his surrogacy client and coffee magnate, Brent McKay, River tells himself it’s a temporary idyll, a beautiful encounter they’ll both enjoy and move on from like two ships passing in the stream of life. Except his heart misses that memo.

Brent McKay hasn’t been interested in sex since his wife died two years ago. When he goes to Expanded Horizons sex clinic in Seattle for help, he meets River Larsen, a sex surrogate specializing in reiki massage and tantric sex therapy. Brent never expected to be interested in a man, but River’s light-filled spirit, inner peace, and electric touch bring him back to life. Brent’s loyal heart is ready to commit again. But how can he convince River that love can last forever—if you just have faith?

The Redemption of River features a widower who surprises the hell out of himself, a gorgeous hippy who thinks he’s a dandelion puff, an age gap, midlife discovery of bisexuality, foodie Seattle, a houseboat, dogs, a trip to Mumbai, and tantric secrets. (You know, the ones that let you have sex for hours. Those secrets.)

The Redemption of River takes place in part at the Expanded Horizons sex clinic and is thus book #4 of the Sex in Seattle series. It features a brand new couple and can be read as a stand-alone.

While The Mating of Michael remains my favorite Sex in Seattle story, as well as one of my top 10 M/M romance books of all time, The Redemption of River most definitely did not disappoint.

Brent and River feel a connection the first time River comes over to give Brent a tantric massage. Brent braves a visit to the Expanded Horizons sex clinic because since his wife's death three years prior, he's lost all sexual desire and can no longer get an erection. Brent isn't really embarrassed by his condition; he just feel hopeless.

But River makes Brent feel alive again, and it's not just the lingam massage River administers oh so, so well. River opens Brent's eyes to new possibilities, new forms of healing and discovery. Brent has no problem acknowledging his attraction to River, a man, and owning his new-found bisexuality.

Brent owns a number of coffee shops, and he and River work together on a new concept, a vegan kombucha cafe. I loved how open Brent was to River's ideas, how he treated River like an equal in all the ways.

I will admit that tantric sex sounds exhausting to me, but, hey, to each their own, and it really, really worked for River and Brent. They had this deep soul connection, and it was glorious (and sexy AF) to witness.

This isn't a very angsty story, but there is a separation, a necessary one I think, toward the end. River has to realize that he's already found what he's looking for.

Kudos to Harrison the octogenarian for enlightening River as to the origin of dandelion puffs and to all the dogs in this story, because dogs make everything better.

P.S. While I urge everyone to read at least the third Sex in Seattle book, The Redemption of River can be read as a standalone. I loved seeing Michael and James again though! 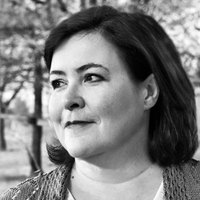 Having been, at various times and under different names, a minister’s daughter, a computer programmer, the author of paranormal mysteries, a game designer, an organic farmer, an avid hiker, and a profound sleeper, Eli is happily embarking on yet another incarnation as a m/m romance author.As an addicted reader of such, she is tinkled pink when an author manages to combine literary merit, vast stores of humor, melting hotness and eye-dabbing sweetness into one story. She promises to strive to achieve most of that most of the time. She currently lives on a farm in Pennsylvania with her husband, three bulldogs, three cows and six chickens. All of them (except for the husband) are female, hence explaining the naked men that have taken up residence in her latest fiction writing.Her website in www.elieaston.com.