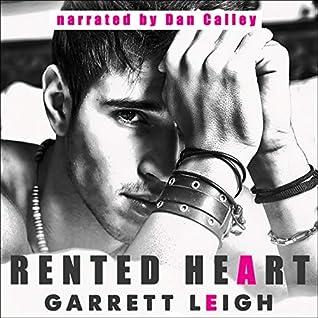 Ex-surfer-turned-businessman Liam Mallaney moved back to Holkham, Norfolk, to mourn the loss of his husband. Grief and loneliness keep him a solitary figure, and he likes it that way. There’s no room in his broken heart for anything else.

Rentboy Zac Payne left London and most of his demons behind, but he still only knows one way to make a living. When he spots Liam in a club one night, it seems he’s found his mark. But Liam proves nicer—and their connection far deeper—than he’d bargained for.

Their arrangement quickly becomes too complicated for Zac, who has other things on his mind: namely his BFF and wayward flatmate, Jamie. Zac owes Jamie the world, and even as Jamie’s drug addiction destroys all they have, Zac won’t leave him behind.

Besides, Liam knows nothing of Zac’s home life, too caught up in his own head to think much beyond the crazy heat he and Zac share. But when trouble comes to Zac’s door, putting his life in danger, Liam must set his grief and anger aside to pick up the pieces of Zac’s shattered heart and his own.

I felt like the story got off to a bit of a slow start and while I very much enjoyed the story back then upon re-reading my review I feel like the me of 4 years ago thought that maybe this slow start wasn't such a good thing. Interestingly enough 4 years later I'm feeling like that slow start was just what this story needed.

While the sex came fast in this story...lonely, rich man meets rent boy...I don't think one can realistically expect differently. It's the other part...the emotion, the connections and deeper feelings that are slow to follow and in the scheme of things it all works and makes sense to the me of now.

Liam's still reeling from the loss of the man he thought he'd spend his life with. A loss that's affected him in so many ways both personal and professional. When Zac sees him and decides that he's going to hit on him, it's only with a moments hesitation before he agrees and follows Zac to his flat for night of no strings attached sex. It's a win/win all the way around...Liam gets what he needs and Zac...well, Zac's got to eat and pay the rent so Zac gets what Zac needs as well.


What was suppose to be a one night stand slowly turns into two and then three and then more. Neither Liam or Zac truly realize when it happened but both men slowly realize that things have changed or maybe it's just that they've come to see that things were never what they thought they were. After all Liam never really thought that Zac was a rent boy and Zac never truly felt like Liam was just another John. Unfortunately realizing this isn't enough to make things right for either man.

It's going to take a drug addicts intervention, a huge misunderstanding and nearly loosing Zac to make Liam see the second chance that he's being given and make him see that if you want something bad enough than fighting for it isn't an option it's simply what you do.

Zac's never believed that he deserved anything good in this life. He's worked on the streets as a hooker since he was 15 and kicked out of his home by his parents for being gay. He's already been saved once by his best mate Jamie the only person who's ever had his back.

I really needed to see Zac get some happy in his life and there really wasn't anyone better suited to give him that happiness than someone who'd had it once and lost it through no fault of their own. Sweet, kind, lonely, sexy Liam. A man who'd had love, lost it and still had so much to give.

While I've only listened to a few books narrated by Dan Calley, I'd have to say this one is probably my favorite so far. I've enjoyed them all but for me, Dan Calley really nailed the voices and brought Zac and Liam to life just a bit more than previous stories that I've enjoyed...which is not to say that they were bad by any means but just that this one was even better.

'Rented Heart' may have had a bit of predictability to it but sometimes knowing there's something good coming and knowing that you can count on it to happen in a story really can be a good thing. I loved knowing that in the end Liam would have Zac to love and that Zac was willing to love him back and letting Garret Leigh put the icing on the cake with the details of how they got there was all I needed to make my soul sigh with contentment.

An audio book of 'Rented Heart' was graciously provided by the author in exchange for an honest review.