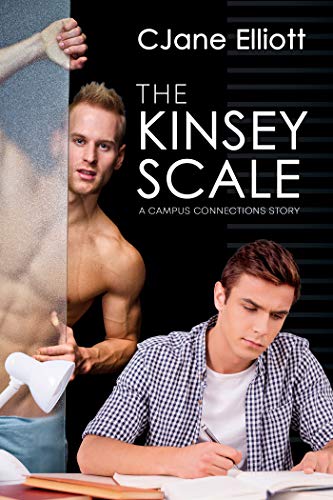 Forced roommates, fake boyfriends, fierce attraction, and a secret or two… are they fooling themselves or falling in love?

Life is good for Eric Brown, a happily single theater major with a great group of friends. But then Will Butler—fellow senior, co-RA, and the cutest guy Eric’s ever seen—walks into his dorm. Will has a sweetheart he sees off campus—a minor disappointment that becomes a major problem when a housing shortage causes Will and Eric to become roommates, and Eric is forced to witness Will’s hotness day in and day out. He persuades his ex-boyfriend to pretend they’re still together in a vain attempt to protect himself, but it doesn’t save Eric from losing his heart.

Will Butler has never believed in himself. Although he’s loved music since childhood, he’s never seriously considered pursuing it. Then he and Eric Brown become roommates, and everything changes. Eric believes in Will and his talent. He’s also gorgeous and playful and fast becoming Will’s best friend. And that’s not good, because Will is hiding some big things, not only from Eric, but from himself.

Utterly adorable novella, first in a new series - yeah, sign me up!

You know what they say about assuming, right? Right. Apparently Eric forgot that little tidbit when he meets Will and assumes that Will is straight. I mean, it's obvious, right, because Will has a girlfriend named Jessie, even if Jessie is never seen, but Will spends time with her on weekends, so clearly he's got a thing with Jessie going.

And since Eric and Will are both RAs, and got thrown together due to a room shortage in the dorm, and since Will is HAWT, Eric can't stop himself from falling head over heels. But since Will is so obviously straight, and Eric doesn't want Will to know what he's feeling, he concocts a scheme about a fake boyfriend. And who better than his actual ex-boyfriend now best friend Jerry? Even if Jerry flat out tells Eric that it's a stupid idea and will totally backfire.

And from the above you might think that this is just a humorous little novella without any depth. And you'd be wrong.


This author mixes humor with some issues that feel pulled from real life. Will's family situation isn't great, and he's trying to please them, but in turn is miserable. He has interests that don't mesh with the person his family thinks he should be, and it takes Eric being encouraging and supportive for Will to pursue his true passion.

Oh, and there's passion inside too. Some UST. Some holy shit, didn't see that coming, mostly for Eric, and some sweet romancing as well.

Very enjoyable, a light, sweet, quick read, and definitely recommended. Can hardly wait for the next book in this series.