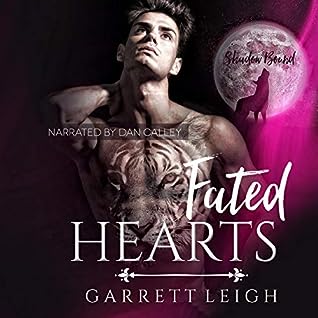 Devastated by the death of his best friend, Zio is a soldier with one thing on his mind: revenge. Consumed by a conflict that’s raged as long as he’s been alive, he’s had little time or inclination to learn the legends of the shifter world he was raised in.

And he certainly doesn’t have time to deal with a shifter of a different kind, even if it’s for the good of the war effort. For the good of his pack. The fact that he’s already crossed paths with the new face in his unit is almost irrelevant.

Do no harm. Give life not death: it’s the oath Devan was reborn to live by, so when he’s sent abroad to embed with a wolf pack as their resident healer, he doesn’t hesitate. In the supernatural world, some bonds are instant—soldiers become brothers, pack become family. But others run deeper and before long, Devan’s at the mercy of instincts he can’t control.

Zio’s inner wolf is desperate to be with Devan, while Devan struggles to keep the pack safe. But as the war escalates, and new love is tainted by anguish and pain, the battles within might prove the toughest of them all.

I won’t let him die.

Mmmm...shifters...I believe they are growing on me...

So I actually checked on my bookshelves and sure enough this is only my third shifter story this year, so I think I'm still fairly safe saying 'shifters not so much a big deal for me' but Garrett Leigh..yeah,that's a big deal for me. So when I was asked 'would you like to review a couple of audio books by Garrett Leigh...you bet I was all over that..although I have to admit I did hesitate for a nanosecond over the whole shifter genre...but, then I said...
"It's Garrett Leigh, how can I possibly go wrong with this?" and I was right I couldn't.

'Fated Hearts' isn't a 'love at first sight' story but there was definitely some 'lust at first sight' and really given the whole premise of 2 souls being destined for each other...well, it's all got to start somewhere doesn't it?

When Devan's alpha ask him to not only become the resident healer for a wolf pack, but to become part of the pack with the assurance that if he truly wants to come home he will be brought back to the clan. It's with very little hesitation that he says yes. There's a war going on and it's vital that Zio's pack survive and without a healer things aren't looking good.

Zio's a warrior and he's mourning the loss of his best friend and his pack's healer when Devan arrives...so needless to say while the logical part of him knows they need a new healer the part of him that's loyal to his friends memory is less than happy.

This is a world where humans have full knowledge of the existence of shifters and while there may be a tentative peace between humans and shifts that's not necessarily the case between the wolf shifter packs.

Unlike my previous shifter stories this year 'Fated Hearts' was not a story laced with humor and fun times and I while I do enjoy a story that can bring some humor into my day, sometimes it's good to read/listen to something that's not necessarily light and fluffy.

While Zio and Devan were very different in some ways...Zio's a warrior and right now he's pretty much consumed with thoughts of vengeance and he's one angry wolf. He's close to his pack mates and more than a little resistant to newcomers. While Devan's a healer who's whole demeanor is pretty chill...except for where Zio's concerned these two both feel a very undeniable attraction to each other but in their own way they're each determined to ignore it because nothing comes before pack and it seems that everyone is in agreement that a matebond between Zio and Devon  probably not a good idea...it would seem that Devan's 'NOT A WOLF!!!' and the only other thing I'll say to that is Devan is my favorite kind of shifter...I was such a happy little soul when his shifter form was revealed...yep, happy, happy, happy and no he's not a dragon...because damn, that would have been epic and awesome.

I was definitely intrigued with the shifter war and the world that's being created here. There's still a lot that I want to know but I have to admit for me the other main attracion was ...the relationship of course.

I loved Devan and Zio as a couple. For me they worked. Their connection was there and it wasn't that they were trying to deny it so much as resist it because for both of them it came back to what was best for the pack and with most shifter stories...especially wolf shifters pack is everything. It was the little moments that filtered into the story that gave Zio and Devan's connection that added touch of intensity that given the reality of their world helped to make things fall into place for me.

'Fated Hearts' is the first book in the 'Shadow Bound' series and while it laid out a fair bit of the ground work for this series in terms of setting, characters and world building there are still some gaps to be filled but I'm confident that those pieces will get added as the series progresses.

Now the final and rather important part of what made this such an enjoyable audio book was Dan Calley...this is only my second audiobook by this narrator and coincidentally my first one was also a Garrett Leigh story and just like that first audio book I was once again left with character voices that felt right to me and suited the individual characters giving them each their own unique voice.

While Zio and Devan's story felt complete for me it also felt like this world had so much more to share with me and I'm hoping that I'll be able to discover more of it soon...maybe even more about the 'Shadow Clan'...please!!! I mean no offense to Zio's pack or anything but I'd really like to see Shadow Clan get a lot more attention.

A copy of the audio book 'Fated Hearts' was graciously provided by the author in exchange for an honest review.

Buylinks are provided as a courtesy and do not constitute an endorsement of or affiliation with this book, author of booksellers listed.