Zero Divergence, noun: no deviation from a course or standard. 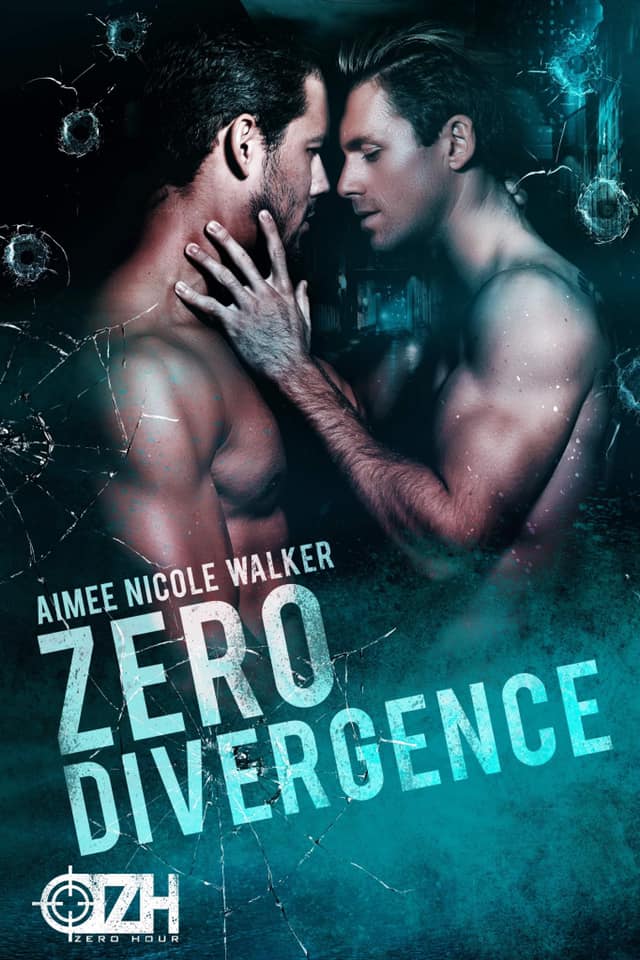 After a key piece of evidence goes missing, a suspected serial rapist and killer evades prosecution. More than Royce Locke’s reputation is on the line when his investigation into the failed chain of custody suggests Franco Humphries might’ve had inside help. There’s no one Royce trusts more than Sawyer Key to help him right a wrong and uncover the traitor in their midst, but can they do it before the Savannah Strangler strikes again?

Relentless plus fearless equals flawless. Sawyer and Royce have come full circle—from hostile strangers to best friends and lovers. Neither a sniper’s bullet nor an arsonist’s fire could keep them apart, but what about a psychopath hell-bent on revenge? The stakes are high, and there’s no turning back now because the zero hour is upon them. Tick tock.

Zero Divergence is the conclusion to the best-selling Zero Hour series, which follows Locke and Key’s investigations and evolving relationship. This is a series you MUST read in order. It contains mature language and sexual content intended for adults 18 and older.

Trigger warning: Part of the storyline involves coming to terms with a friend’s suicide, which may be difficult for some people to read. 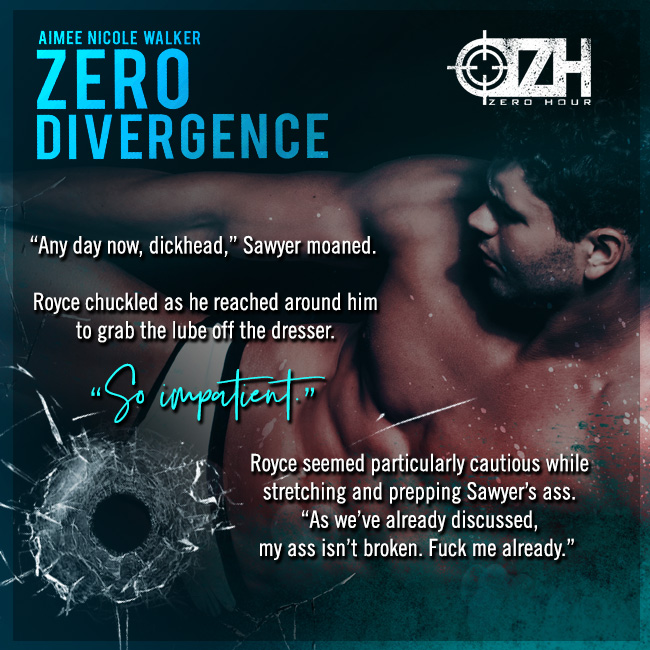 “Oh my god,” he said as the chocolate cake melted in his mouth. “I need this for every occasion.”

“I’ll bake it once a week if you promise to listen to orders from now on,” Royce said, taking a bite for himself.

Sawyer met Royce’s stormy eyes. “I’ll agree to that if you promise not to give stupid orders.” He opened his mouth like a baby bird, and Royce gave him another bite. It was somehow more delicious than the first.

“It wasn’t burning when I ran into it,” Sawyer countered. “You ran into the burning building.” He couldn’t be mad at Royce, because chances were, he’d be dead if Royce hadn’t risked his own life to pull Sawyer out of the inferno.

They stared at one another in a silent battle of wills for a few seconds before a big yawn ruined Sawyer’s fierce expression. “We’ll resume this after I take a power nap.” Smiling, Royce leaned forward to set the plate on the coffee table, but Sawyer stopped him. “But not until after I eat more cake.”

Royce aimed a cocky grin at him. “Got you hooked now.”

Ever since she was a little girl, Aimee Nicole Walker entertained herself with stories that popped into her head. Now she gets paid to tell those stories to other people. She wears many titles—wife, mom, and animal lover are just a few of them. Her absolute favorite title is champion of the happily ever after. Love inspires everything she does, music keeps her sane, and coffee is the magic elixir that fuels her day. I’d love to hear from you. 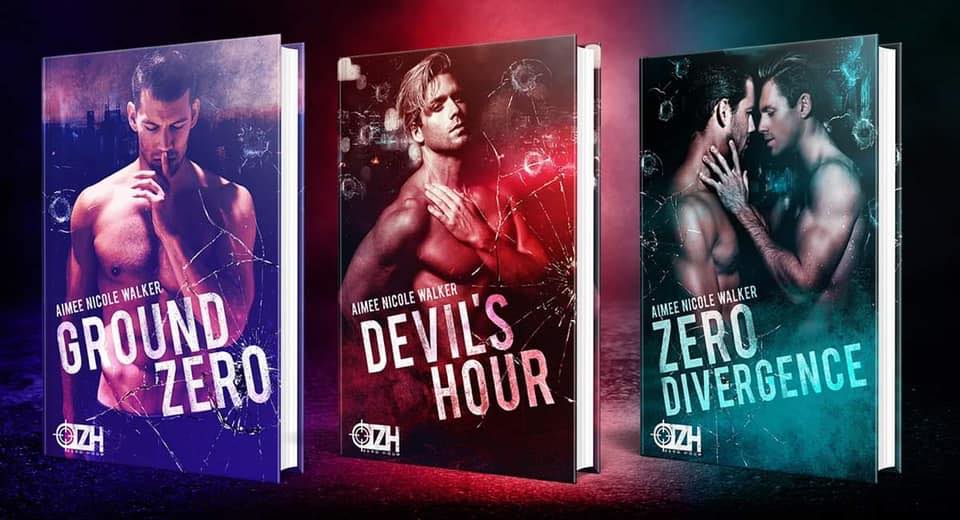