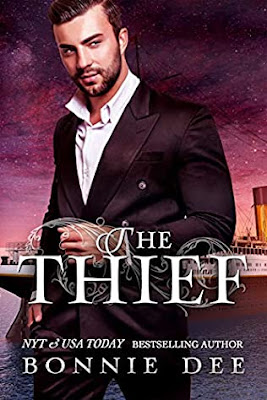 Street hustler Jody plays any role that will win the confidence of a mark. His sights are set on Lord Cyril Belmont, a potential ticket to financial freedom that could change Jody’s life. With a fake investment scheme in mind and larceny in his heart, he sets a snare for the wealthy gentleman.

Cyril Belmont may have a title but he’s as broke as a china plate and on the verge of selling his dilapidated country estate to start a new life in America. When his quiet, solitary life is invaded by a bright, passionate man who sets his head spinning, Cyril is ready to share whatever he has with the electrifying stranger—including the deepest recesses of his heart.

As Jody begins to cultivate inexplicable feelings for the sweet, gentle man who raises rare orchids, he intends to end his seduction and slink back to the ghetto. But then his cover is blown and the budding romance is crushed.

It takes an ocean voyage and several unexpected twists of fate to bring two strangers to a true understanding of each other and the very real bond they share.

Bonnie Dee excels at writing historical romance. My two favorite Dee novels are: Jungle Heat and The Masterpiece, but The Thief is a close third.

The story takes place first in London, then on a ship sailing to America, and finally in New York City.

Not realizing Cyril is broke, Jody accepts him as a "mark": someone he's going to charm then rob blind. Jody, who grew up as a street rat, is pushed into seducing Cyril by the hustler who was his "mentor" and groomed him to a life of crime. But once Jody spends time with Cyril, who grows orchids and hangs out with old ladies, the last thing he wants to do is hurt the sweet, innocent man who treats Jody with such kindness.

Cyril and Jody lose each other not once but twice, yet somehow they always come to each other's rescue.


The Thief is a sensual story with enough heat but also an excellent plot that follows the men across the ocean and through the slums of New York City.

Jody has a difficult time understanding how a cultured man like Cyril, who's related to the royal family, could want someone like him. But Cyril doesn't waver in his devotion and makes Jody believe in himself.

I wish the story had been longer; I wanted more on-page relationship development between the MCs. Even so, I loved this book and the beautiful HEA the author created for two lost souls who found, and saved, each other.