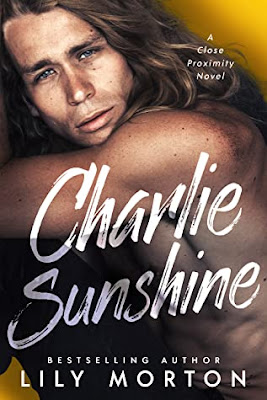 
Sometimes love is a lot closer to home than you think.

Charlie Burroughs can’t keep a man. All he wants is a good relationship like the ones he sees his friends having, but none of the men he picks ever work out. Despite him trying to be the perfect boyfriend, the men are either threatened by his looks or his epilepsy or a combination of the two. It’s lucky that he has his best friend Misha to turn to. The two of them are closer than peas in a pod and fiercely loyal to each other. He can’t imagine his life without Misha in it.

Misha Lebedinsky is the complete opposite of his best friend. Being the support system for his mum and twin sisters leaves Misha with neither the time nor the inclination for a relationship. Quick and frequent hook-ups are his favourite means of communication and any other pesky emotional needs he has are met by Charlie, who he’s devoted to. He lives a life of happy compartmentalization with no intention of ever changing.

All of this changes when the two best friends move in together. Being in close proximity means that they suddenly start to see each other in a very different light. But Charlie struggles when his drive to be the perfect partner clashes with the fact that he’s in love with a man who knows every little thing about him. And even if he can get past that, can a relationship ever work with a man who’d need a dictionary to tell him what love means?

From bestselling author Lily Morton comes a love story about a sunny librarian who has relationship written all over him and a cynical banker who doesn’t even have it in his blurb.

Charlie Sunshine rivals Gideon and Deal Maker as my favorite Lily Morton book of all time. It’s not my fault I can’t pick just one. Morton writes such lovable characters, I can’t help but fall in love with each and every one.

Misha and Charlie are no exception. Total opposites in many ways (Misha is cynical, grumpy, and a love-em-and-leave-em kind of guy, while Charlie is patient, quick to smile and soothe, and all about monogamy), these two have been besties since they were kids, through thick and thin, including the death of Misha’s dad and Charlie’s epilepsy diagnosis following a freak accident.

It’s only when Charlie moves in with Misha that they begin to see each other in a new light, namely through a haze of lust.

I loved absolutely everything about this story:

~ British popular culture references (some of which went right over my head, but I wouldn’t have it any other way because I dig that Morton writes British boys who sound … you know, actually fucking British and not like Americans in disguise)

~ slow burn (everyone but Misha and Charlie knows their passion has been years in the making; there were bets, many, many bets, as to when they’d succumb to their mutual attraction)

~ hurt/comfort aspect (Charlie’s “sunshine” nickname fits him well; he’s sweet and amicable, the very opposite of the dour-faced librarian stereotype. Charlie doesn’t want to be a burden to anyone so when his “turns”—Charlie’s euphemism for seizures—become more frequent, he tries to grin and bear it)

~ low-key jealousy (possessive Misha is all kinds of hot!)

~ the best friends and family (I adored all the secondary characters, especially Charlie’s dads)

~ HEA (so, so much YES—all the sun and stars for the epilogue)

~ LMAO moments (and there are many, the standouts being Misha crashing Charlie’s bookclub and Misha’s friend Doug “claiming” Charlie as his one and only)

READ THIS BOOK, then go listen to the Sunshine song and dance! We all need a good dose of happy right about now.