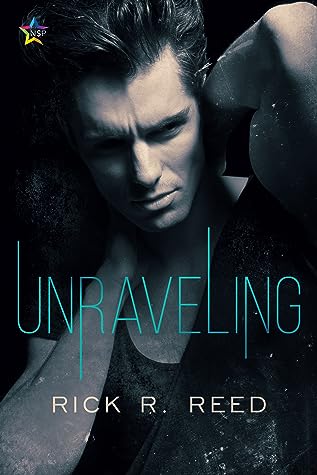 Randy Kay has the perfect life with his beautiful wife and adorable son. But Randy’s living a lie, untrue to himself and everyone who knows him. He’s gay.

Marriage and fatherhood, which he thought could change him, have failed. He doubts if anyone can love him for who he really is—especially himself.

With his wife’s blessing, he sets out to explore the gay world he’s hidden from all his life.

John Walsh, a paramedic with the Chicago Fire Department, is comfortable in his own skin as a gay man, yet he can never find someone who shares his desire to create a real relationship, a true family.

When Randy and John first spy each other in Chicago’s Boystown, all kinds of alarms go off—some of joy, others of deep-seated fear.

Randy and John must surmount multiple hurdles on the journey to a lasting, meaningful love. Will they succeed or will their chance at love go up in flames, destroyed by missed connections and a lack of self-acceptance?


Set in the 80s around 1986, this book is the story of Randy Kay, a married gay man with a wife and child, who is at the brink of despair because he's not able to be his true self, scared to even admit to himself that he's gay. And when he stands at the edge of the abyss, he's yanked back by his wife, who finds him before he can take that final step. Thankfully, his wife is for the most part supportive, realizing that if she doesn't set him free, not only will she lose him for good, but their son will lose his father. With her blessing, Randy begins to explore the world of gay men in the 80s, with all that time period entails.

The story takes place over the course of roughly a year, and we see the seasons change as Randy slowly but surely tries to be who he truly is. On one of his first excursions into Boystown, Randy meets John Walsh, a paramedic, out and proud. Shocked and scared by his immediate reaction to the handsome man, Randy flees.

They run into each other again over the course of the next year, but it takes Randy quite some time to be ready for a relationship with John and forging a new life for himself.


Randy and John are both very likable characters, and it was pretty easy to root for them. Randy's wife is not the villain here either, and I can only imagine her struggle to come to terms with her husband's true sexuality and the reality of having to give up her little family unit. She is for the most part a strong, supportive woman who's been dealt a bad hand, through no fault of her own.

This is not a romance as much as it is the story of a gay man trying to find out who he truly is, struggling with the feelings of same-sex attraction but ultimately finding the path he's meant to walk. Obviously, Randy journey to his true self is fraught with peril, some of it in the form of his soon-to-be ex-wife's parents, who try to keep him from his child.

Knowing what I know of the author, whom I've met IRL, and who's been fairly open about his own journey, Randy Kay's story seems similar to his own, though I would think that there are many such stories that happened to many families such as Randy's, and might still happen to this day, because full acceptance of same-sex relationships by our society has still not been achieved. And so there are still men and women who enter a straight relationship in the hopes that it will "suppress the gay" and who eventually end up in a spot similarly to Randy, at the edge of the abyss, because living a lie is not really living at all.

This is not an easy read, but I think it's definitely a worthy one. Give this a try.