WINNER OF THE 2018 AUDIOBOOK REVIEWER AWARD FOR ROMANCE

1 wedding, 2 best men, one hell of a love story!
Declan Ramsay was set to be the best man at his brother's wedding in Scotland, sharing best man duties with the bride's gay kid brother Sam. Sam was abroad finishing his studies so the best men communicated by email for more than a year and wouldn't meet for the first time until a few days before the wedding.

But on meeting Sam Aiken, Declan is surprised to see he isn't a kid at all, but a striking, athletic blond man with gorgeous green eyes and a wicked sense of humor. Declan is alarmed by the ferocious attraction he feels for Sam. And as the attraction is reciprocated, the events at Dunloch Castle change everything Declan has ever believed about himself.

But is Sam Aiken all he appears to be?

Also available in paperback and as an award-winning audiobook, narrated by Gary Furlong. 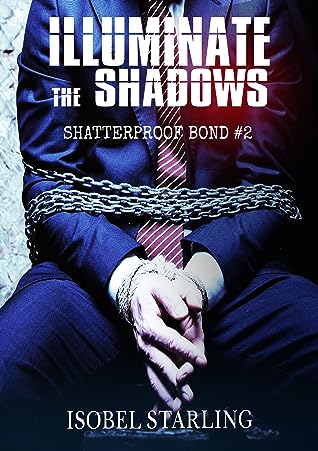 A Scotsman and an Englishman fall in love…

After the most amazing week of his life, at Dunloch Castle on the banks of Loch Ness, in Scotland. The charming, mysterious Samuel Aiken has turned Declan Ramsay’s life upside down. Declan has experienced a remarkable change. He has come to terms with the fact he is bisexual, and he has fallen head-over-heels in love with his boss’s son Sam.

However, falling for his boss’s son was never going to be an easy path to happiness, mainly because the boss in question is multi-millionaire property tycoon and former MI5 operative, Sir James Aiken.

Sir James is repulsed by his son’s homosexuality, and so discovering that his employee Declan Ramsay- the man he installed to run his luxury property rental empire- is in a relationship with Sam, does not go down well. 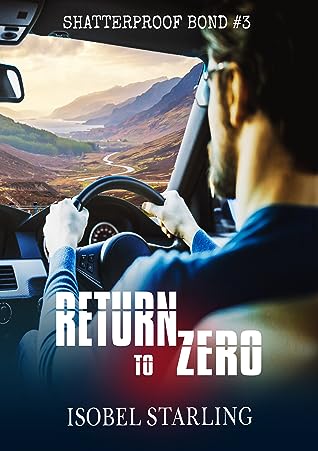 Life takes a darker turn for Sam and Declan...

Pulled into a world of secrets and lies for the man he loves, Declan Ramsay’s life has changed immeasurably in the eight months since meeting and falling for his boss’s son, Sam Aiken. Declan's journey of personal discovery is about to take a darker turn, and for Sam, the world becomes more treacherous than he could ever have imagined.

Two agents are missing -- presumed dead, while on a reconnaissance mission at an outdoor adventure center in the Scottish Highlands. Sir James Aiken sends his son and Declan to follow the trail, and discover the fate of the agents.

As the mission offers his first chance to use the skills he learned on the MI6 training course in Morocco, Declan is keen to get started. However, Sir James sees to it that the seeds of doubt and discord have been sewn between the couple, as they begin their mission.

The journey to their Highland location, and the discoveries they make when they reach the G’wan Adventures center, prove that Sir James Aiken has been less than honest with his son. Events in the Highlands force Sam and Declan to face their greatest fears and understand what they both really want from life -- and from each other. 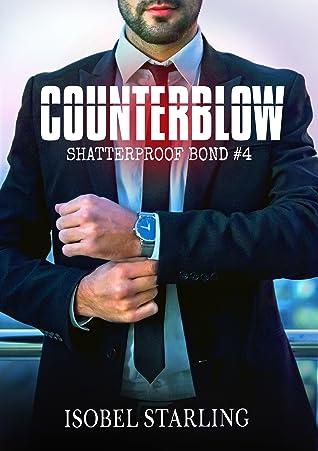 True love comes at a cost...

After the devastating events in the Scottish Highlands, Sam and Declan have moved on to a new, deeper level in their romance. Their commitment to each other is unquestionable; however, there are plenty of questions that need answering about other aspects of their lives, and those who sought to end them.

Sam is trying his best to deal with the day to day frustrations of his injuries. He’s completely dependent on Declan for everything and hates the way the scales have tipped in their relationship. Although he’s officially on leave, Sam’s mind cannot stop replaying all that happened to him and questioning why, and who is behind it all.

Declan’s relief at having Sam home throws him into house-husband mode. He’s happy to take the reins and care for his partner, however, beneath the surface Declan cannot help but be drawn back to how he felt in the Highlands, and how they were betrayed by a man who was supposed to have their back. Declan had promised Sir James Aiken that he would pay if he hurt Sam, and now Declan has to decide how he can deliver his payback and put his and Sam’s world back on an even keel. 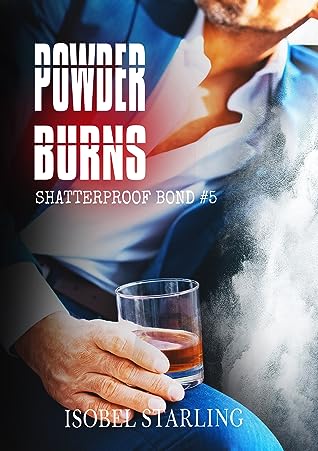 One book, Two Missions, and a memory-key full of secrets!

After a series of terrorist attacks on fracking sites owned by a Gas multinational named Drilsink, Sir James Aiken’s agency is bought in to find the radical Eco-terrorist group responsible. He sends Sam and Declan to work undercover at Imperial College where Intel suggests the group is recruiting. While Sam works behind the scenes, Declan takes on the identity of Geologist Dr. Tobias Hunter and soon makes an enemy of a fellow science geek- a man who Declan comes to despise more than Sir James Aiken!

When the operation moves from London to Munich and then Vienna, Sam, and Declan are thrown headlong into a spy scenario straight out of the thriller novels they love to read—but with a distinct and disturbing sexual twist! Sam meets an old friend and uncovers shocking information about James’ past.

With Erik Madsson still imprisoned inside the A.L.L. HQ, James comes to realize that he should have listened to his son. Keeping the enemy inside his own home is about to be the biggest mistake he has ever made.


Excerpt from As You Wish (Shatterproof Bond #1)


“Flight B-A-one-four-three-two to Edinburgh will be boarding from Gate A twenty-six.”

Sam Aiken paused and glanced up at the yellow airport signage directing that the walk to Gates A1-A26 would take ten minutes. “Shit,” he muttered under his breath. Sam’s flight to Edinburgh was also due to take off in ten bloody minutes. He shouldered his heavy rucksack and sprinted through Terminal Two at London’s Heathrow Airport, ducking and diving around fellow travelers.

It was partly Sam’s fault that he had been delayed. Initially, it was by choosing the wrong queue and getting stuck in the security check line for twenty minutes. And then, by attempting a conversation with a security guard and being given a thorough groping in response. If he hadn’t been so stressed, Sam might actually have enjoyed the attention.

Sam Aiken was over six feet tall and wore his sandy-blond hair to his shoulders. His boyish face, tanned by the Saudi Arabian desert winds, had sprouted a monstrous attempt at a beard. It looked ridiculous. It couldn’t even be called a beard, more scrub than forest!

Sam had spent the past year in the Middle East, where the beard is the symbol of manhood and honor, so he’d grown it to try and fit in. It worked there, but back in the UK, it just made him look a bit grubby. Sam was dressed in knee-length khaki shorts and an over-washed, cranberry-red T-shirt. His appearance was that of your average backpacker, so why security had singled him out for the extra attention, Sam didn’t know. Maybe he should know better than to try and crack jokes with security officials, especially when they had his balls in their hands.

“Nice wand! Watch where you’re sticking that thing, I might like it!” Sam joked nervously in his soft British accent. The very well built, alpha security guard waving the metal detector wand over his body glared at him. Sam arched his brows and grinned, hoping to inspire an illicit smile from the man, but instead, the security guard pulled him aside and got his friend to observe as he gave Sam a thorough feel up. He wished he had kept his mouth shut. That thirty-minute delay left Sam on a knife-edge.

As he ran through the featureless, white airport corridors towards Gate A26, Sam wasn’t sure now whether he would make the flight. His mind raced with the snowball effect of that possible future event. All of his father’s well-made plans would be shot to shit, and he would be the reason— in the dog house and only back in the UK an hour.

Sam turned into a wide, open-plan lounge. Out of nowhere another traveler suddenly appeared, cutting across Sam’s path, dragging a black, wheeled suitcase. Sam couldn’t stop himself from tripping. He fell forwards and then halted in mid-air. The broad masculine hand of the traveler was gripping his bare forearm to prevent the fall. He pulled Sam to right himself. The two men glared at one another.

“You watch where you’re going, eejit!” the stranger retorted in a posh Edinburgh brogue.

The Scotsman rushed off, dragging his suitcase, and Sam continued to run on to the correct gate, fretting internally about what idiot’s people can be.
When Sam arrived minutes later, he saw a throng of passengers milling around, and on glancing at the info board, he read there was a delay of ten minutes. Sam breathed a deep sigh of relief. He unhooked his rucksack and found a wall to slide down. He searched in the front pocket of his pack, drew out his phone, and made a call.

“Hi, this is Samuel Aiken. I have a one-thirty p.m. pick up from Edinburgh Airport. Well, my flight is delayed by ten minutes. I just wanted to let you know. Great, see you then.”

Sam ended the call and glanced down at his left forearm. He saw the outline of red grip marks. He absently rubbed the imprints left by the Scotsman with the wheeled black case, unable to deny that being touched so roughly had made warmth flood into his gut.

To celebrate the refresh of the Shatterproof Bond Series, Isobel Starling is giving away 2 complete e-sets of the series! Open internationally, must be 18 years old to win.