James isn’t ready to lose his heart again. Will Ethan fight for his love? 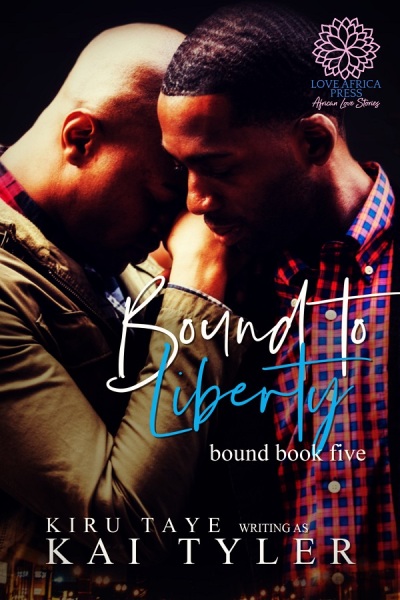 As if life isn’t tough enough for James Coker, rejected and nearly killed by family, he is also a closeted gay man in a country where being gay is outlawed. So when the first man he's ever loved gets engaged to a woman, James’s solution to heartbreak is to indulge in a holiday fling.

In contrast, Ethan Eze has had life relatively easy. Born in the 'Land of the Free' and nurtured within a family where he can be whoever he wants to be, he's a military veteran who is not afraid of going for what he wants. When he meets James, Ethan wants him.

Desire burns between them and soon blurs into devotion. But James is not ready to lose his heart again. Ethan has fought for his country. Now will he fight for love?

Bound to Liberty is a story about breaking free from mental chains and living a life of boundless love.

ON PREORDER UNTIL FEB 7TH ON 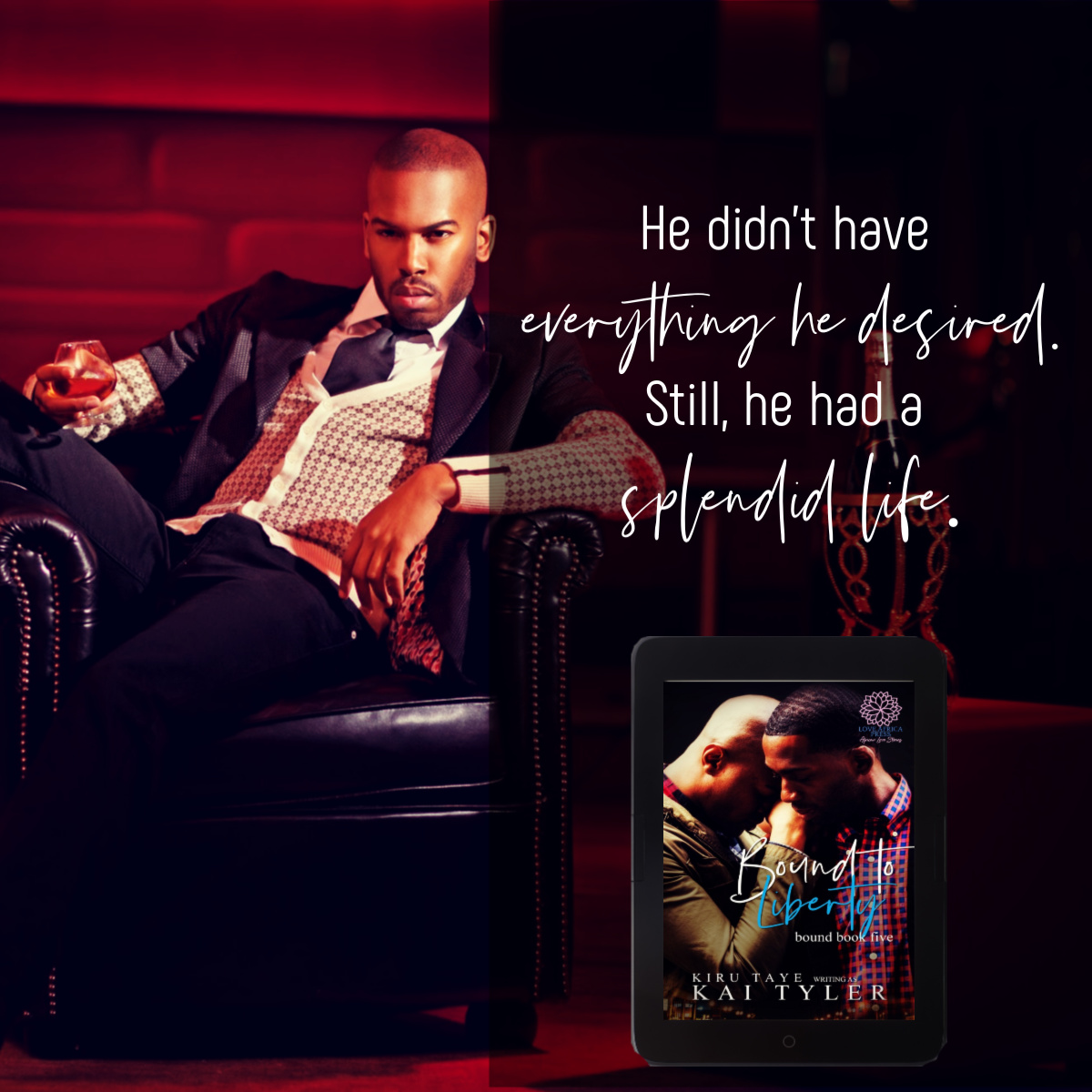 Ethan let the men out and locked the door. When he turned around, James wasn’t in the living room.

“James?” he called out as he strode across the space. Getting no response, he knocked on the closed door to the younger man’s room. “Can I come in?”

Ethan pushed the door and stopped at the threshold.

His ward paced the room manically, muttering to himself. Although the AC was on, sweat beaded his hairline and his hands were clenched.

The sight of James’s distress undid Ethan. His job was to keep James physically safe and find his stalker. His professional remit didn’t extend to dealing with emotional baggage.

Nonetheless, he’d be damned if he just had to stand guard while the young man hurt. He stepped into the room without a second thought. Nothing else mattered but taking away the suffering. Neither his misgivings about getting personally involved with his ward nor the risk of losing an influential client if he cocked this up stopped him.

“Hey, what’s wrong?” He halted in front of James, blocking his pacing path.

James shook his head and tried to swerve past him.

He reached out and settled his hand on the man’s shoulder. “Talk to me.”

As a lover of romance novels, Kiru Taye wanted to read stories about Africans falling in love. When she couldn’t find those books, she decided to write the stories she wanted to read. She writes sensual African stories as Kiru Taye and writes queer romance as Kai Tyler.