Protecting him is no hardship.


Chaze Pullman has a sixth sense for trouble. He never thought it would come in handy when a man threatens him over a hot US Marshal.

Kean York may be recovering from a gunshot wound, but he’ll go to any length to protect a certain stubborn man. After all, Chaze’s life was put in danger because of York…

When emotions run high, information can be overlooked, and Chaze’s instincts are telling him something else is going on.

Something that may not involve him at all.

This is the third book in the Yours to Protect series. It’s novella length with a cliffhanger for the overall plot of the series, but it is HEA for the main characters.


“The thing is, I’m the ‘best friend.’ The one everyone comes to and complains about their boyfriends and girlfriends. It was the same throughout middle school, high school, and even college. I was the one with the wisdom and advice, though I’d only had one boyfriend in my life, and he tried to use me to get a green card.” Chaze paused and shook his head. “I was the one who could tell who the psychos and the losers were. Evidently, no one could do it for me with my boyfriend. I was the one who they came to cry on when the guys I told them not to date in the first place broke their hearts. I wasn’t qualified to give dating advice, but I was always right in hindsight.…That’s when they started to ask me for help. Then they turned around and ignored me and got annoyed when I didn’t like their partners.”
York digested that onslaught of information. “And now?”
Chaze shrugged. “I stopped letting people use me and manipulate me. Apparently, that made me an asshole. It was hookups only until Rio. And you know how that went. Malcolm and Shawna, my next-door neighbor, are my only real friends.”
York blew out a breath. “West helped me a lot. Helped me get my shit together. Helped me with my parents’ funerals. All of it.”
Chaze seemed grateful for the information. “He’s your boss? He sounds like a good friend.”
“He is.”
“And you said he was in hiding? But he’s ok?”


“Yeah, a couple of broken ribs.”
Chaze winced. “Ouch.”
“He’s tough. He escaped handcuffs and killed a hit man like that.”
“What?” Startled, Chaze stared. “Holy crap. I feel like a kindergartener compared to you guys.”
York gave a confused chuckle. “What do you mean?”
“I hid in the closet! And we didn’t even know if the guy was there at the time.”
“Chaze, that was the right thing to do. I was kicking myself for not suggesting it first. You have no training for stuff like that.”
“I took a few self-defense classes,” he said with a shrug, “but you’re right, I don’t.”
“I can show you some more.”
“Really?” Chaze perked up.


“Yeah. We’re going to be here for a while anyway. Might as well be productive.” York grinned at Chaze’s skeptical look.

How long have you been writing? I wrote my first novel in 2012, so 7 years. Though, I’ve written other things since I was in elementary school.

Have you always wanted to be a writer? Yes! I’ve always loved books. I’m an avid reader, but writing was always something I craved. I used to have a binder with a story that was going to be my first novel. I was about nine or ten years old, I think. Can’t remember what it was about.

Writing is the one thing I do consistently, and the one thing that holds my interest. Jobs I’ve had always get boring after a few years…but not writing.

What advice would you give a new writer, someone just starting out? Watch your filters. One way to spot a new writer is when their sentences are filtered with pronouns and verbs. You hear people say, “show don’t tell”. Basically, this means don’t use: to see, to hear, to touch, to sound, to taste, to realize, to look, to notice etc… For example: “She realized he was it for her.” You don’t need “She realized”, it’s implied by the context of your paragraph. I’m still guilty of it and have to cut them when I’m editing. You don’t always have to cut all of them, but 99% of the time you can. So, if you see them in my books, you can point and laugh and say, “Ha ha, she missed one!”

How do you handle writer’s block? I don’t really get writer’s block (knock on wood). It’s more of a laziness thing with me, lol! Some days, I have to force myself to write. And it’s not that I don’t love to write, I do. But if the characters aren’t jumping out at me, I have to make myself write a few sentences, then a few more, until I have enough words that I feel productive for the day. Luckily, that doesn’t happen all the time.

What, in your opinion, are the most important elements of good writing? Good characters. You have to have compelling, fascinating characters. I think importance is place on relatability, and while that is a good trait for characters, the characters who really stand out are the ones that fascinate us. Take Snape in Harry Potter. I won’t go into details, but you know what I mean. He wasn’t likeable, or particularly relatable. We hated him, but in the end, he was the most compelling character in the series, in my opinion. I can only hope I write a character like that one day. I haven’t yet.

What comes first, the plot or characters? For me, it’s the characters. Usually. My last release, First Priority, came about because I wondered what Emperor Kuzco from the Emperor’s New Groove would be like as a character in a mm novel. Weird, yes. But there you go. It’s a writer’s brain. (It was Truman, btw, if you’ve read it. Obviously, I changed him along the way!)

In the Yours to Protect Series, Rio was the first character I thought of. (He’s one MC from The Artist’s Boxer.)

How do you develop your plot and characters? They tell me who they are. I start with a name and general idea of what they look like in my head. Maybe what they do for a living. My plots are simple to start. I don’t outline, I’m a pantser, and the plot evolves as I go. It’s not a good thing to do for a series, but I wasn’t entirely sure I was going to write a series from Yours to Protect until Kai popped into Rio and Rake’s story. I knew I wanted to give him a story, so I decided who I wanted to pair him with, and he was already working for the mob, so the plot for The Marshal’s PI evolved out of that.

Are you working on anything at the present you would like to share with your readers about? Right now, I’m writing the fourth book in this series, The Marshal’s Mobster. Actually, I’m kind of alternating between that one and the second Priorities book.

Do you have any new series planned? I have The Marshal’s Mobster, which is the last one, and then a character from those books (Luke Kairo) will get his own sort of standalone book, which I’m hoping to transition into a spin off series in LA. It’s about a secret intelligence agency. That’s on the back burner for now though.

I will have two more books in the Priorities series first. Daniel and Riley, and Brian and Jay. And I have another book to write for my paranormal series, The Metis Inquiries, but that’s a way’s off.

Yours to Protect Series

The Artist's Boxer (Yours to Protect Book 1)

He won the championship. Now he must run for his life.

Winning the welterweight championship was everything Rake had worked for. Now it’s all come crashing down, and he has no choice but to flee his hometown of Las Vegas.

When he stops in a small town in Utah, Rake meets a man who makes him forget all about the danger he’s in.

Rio has a good life. He loves his family and career, but when Rake blows into town, something stirs in his blood...something like desire.

Rio doesn’t do relationships, not since the last disaster, but Rake makes it impossible for him to say no.

When Rake comes clean about what he’s running from, Rio just might have a way to help.

Now the two of them must fight to free Rake from the man who took everything...and stay alive until the end.

The Artist’s Boxer is the first book in the Yours to Protect series. It contains mature sexual content of hot adult men, intended for readers 18 and older, a one-night stand turning into several days, and a crafty old man who loves to butt into his grandson’s life.

The Marshal's PI (Yours to Protect Book 2)

Dodging bullets shouldn’t be fun…should it?

It is when the man protecting you is hot as sin.

Kai is a happy-go-lucky guy. At least, he was before the mob came knocking on his door.

To figure out how to stop the one who wants Kai erased, he’ll have to cooperate… But will it be too late?

The Marshal’s PI is the second book in the Yours to Protect Series. It features a goofy PI who wishes he lived in the 1930s, and a Federal Marshal who hates breaking the rules. Male/male romance, action, adventure, enemies to lovers, 18+ only. 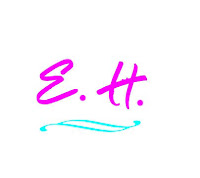 Este Holland is a writer and reader of all things Romance. She's also a treasure hunter, a word wizard, a lover, and a fighter.

She was born and raised in WV, and now lives in Virginia. She works in marketing during the day. She began writing novels in 2012.