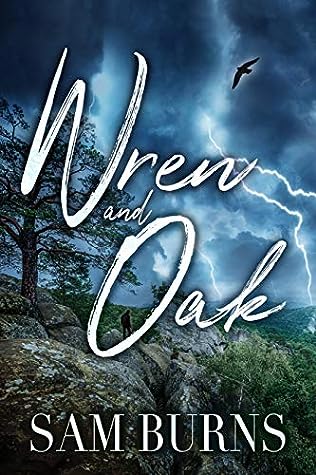 And so this amazing series, this trilogy of trilogies, came to an end. I wasn't ready. However, I can read this series again and again, if I so choose, and so can you now.

In this final book, we close the circle on Fletcher's trilogy. As the book opens, Jesse and Sean have returned from Faerieland, and it's been somewhat peaceful in Rowan Harbor for a couple of months. It's an uneasy peace, of course, as the group of friends and comrades in arms know that the Summer King is coming for them to retrieve the Thorn, the sword that Rose, Devon's great-grandmother, stole and hid in Rowan Harbor.

Fletcher has been training with Oak, the Dryad, who have been teaching him all about his powers, his abilities to understand the animals and become one in spirit with the forest. Oak of course know all - they have been the Forest Spirit for a very long time, longer than Rowan Harbor has existed - but they cannot tell Fletcher or anyone else where the Thorn is.

Fletcher is mostly spending his nights at Conner's house, and their relationship is only getting stronger. They're talking about moving in together. And since he's spending so much time with the forest and Oak, he has to turn in his uniforms and quit his job as a deputy. He still doubts himself and his purpose, he cannot see his own worth, and he frets about living off Conner's money in Conner's house. But when he dreams about the showdown with the Summer King and ultimately realizes there is really only one option, he is determined to take that one option, no matter what.

It takes a talking squirrel and a rather loud wren for Fletcher to understand that his powers exist not despite his doubts but because of them. That everything that happened to him before he came to Rowan Harbor with his father, his mother's death, the pain and fear, and his shapeshifter abilities are what make him Fletcher and what gave him the power to empathize, to listen, to put himself in another's shoes. And of course Oak are guiding him to see what everyone else has been seeing for so long - Fletcher is an integral part of Rowan Harbor, and possibly its savior.

The relationship dynamics between Fletcher and Conner are further explored, and we of course get to revisit with the other couples in this series, as well as Isla and Cassidy. And a unicorn named Dude.

The eventual showdown with the Summer King and the events that take place before, during, and after make absolute sense within the world this author has built, and there truly was no other possible solution than the one we got.

It's a fantasy series with fae and witches and vampires and shapeshifters and sirens and succubi, but I would ultimately call this a series about love and friendship and hope and finding your path, your true mate, and your worth. Fletcher may have been the most obvious one struggling with his own self-worth, but Devon and Jesse had similar issues when they first were called upon to defend their town.

I cannot possibly recommend these books enough. These are not standalone books, though none ends with a cliffhanger - they must be read in order. But read them, you will want. Yes, you will. Get them now.

Five stars. More, if it were possible.


** I received a free copy of this book (and all the others) from its author as part of a blogtour, in exchange for an honest review. **