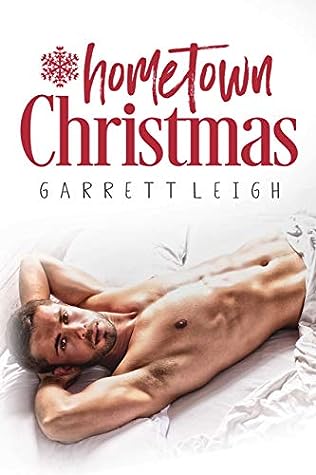 
Yani Nicolaou is sworn off love for good. After fleeing a bad break-up in London, the only blood, sweat, and tears he has left are for his gyro stall at the Christmas market. Rebound fling? No thanks. He’s sticking to one-night-stands.

A holiday read by Garrett Leigh, "Hometown Christmas" is a story about giving love and compassion to those around you.

Yani is a cook from Cyprus that has lived in England for years while his whole family is back on the island. He has worked many festivals with a food track and it's finally the time for him to do something of his own, so now he has a tent at the market.

Gavin is ex-military, out because of an accident that happened while he was abroad. He's been out for a few years working in night shelters as a shift manager.

Their work places are pretty close so it was inevitable for them to meet at some point. Especially with Yani's best friend also working at the same shelter as Gavin.

Usually, I avoid holiday stories because everything moves very fast and I prefer for the MCs to take their time. This story though didn't feel so rushed. Yes, they moved along fairly quickly but at the same time there was a bit of time for them to get to know each other. I liked that they spent time together talking and cooking, helping each other out.

My main complain had to do with the editing in the first half. There were no spelling mistakes or missed words and I want to mention that. However, every time a chapter changed I got lost for the first couple of paragraphs. I didn't know how much time had passed since the previous chapter, I didn't know were the characters were supposed to be and generally didn't know what was happening. It was a weird feeling but in the second half of the book there was no such problem and everything was fine.

Both of the MCs are side characters from previous books and there are hints throughout the story about it. So, now I'm all curious about these other stories and have to read them, especially "Between Ghosts"!

Enjoy your next read!