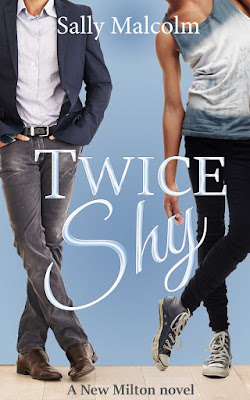 The last thing Joel Morgan wants is to fall in love again. Scarred by his failed marriage, Joel's determined to keep his life emotionally stable - which means taking a job teaching fourth grade, fixing up his house on weekends, and avoiding absolutely all romantic entanglements. And he's doing great.

Following the tragic death of his sister and her husband two years earlier, Ollie became the legal guardian of their two young sonsÑmuch to the horror of the boys' conservative grandparents. They think Ollie's too young and too unreliable to raise their grandsons. So to prove them wrong, Ollie's determined to parent the boys without anyone's help.

As the only two men in the school's Parent-Teacher Association, Joel and Ollie are thrown together over a series of fundraising events, and somewhere between the Beach Fun Run and the Fall Festival they fall in love. But Ollie has another reason for moving to New Milton - a reason he's keeping close to his chest - and Joel's wounded heart won't trust a man with secrets.

This story was "fine", but didn't work as well as the previous books in the series, so I liked both Joel and Ollie, but it wasn't an everlasting, true love for the ages for me.

I think my main issue was that strong, confident, independent investment banker Joel had a completely debilitating breakdown when his marriage ended, and even 4 whole years later, he was still an emotional shipwreck just waiting to happen.

That never fully rang true to me, feeling more exaggerated than what "most" folks would experience, so his constant hand-wringing over the past got very tiresome very quickly.

Ollie, on the other hand, his insecurities about doing everything for himself and the boys felt much more believable. He'd fought years of constant battles with the boys' grandparents for custody and had to constantly prove his worth, so I got it.


I do think, however, that the story would have benefited from actually "showing" the reader some of those custody/conservative bigotry struggles on-page, instead of only being told of them.

I would've also loved to see more on-page time with the kids versus them being present only long enough to put them to bed, then dive back into the adult story.

I did like the sub-plot of Luca, from book 2, being Ollie's half-brother, but would've killed for even one short chapter from Luca's POV, giving us first-hand insight as to why Luca was so insistent in pushing Ollie and the boys away.

One thing that I noticed with this story that I didn't in the previous ones were a ton of UK'isms. The story is set on Long Island, so the constant usage of non-American phrasing did pull me out of the story several times. Like when I read about a "windcheater". Dafuq is a windcheater?

I still enjoyed the book, but could've done without quite so many pages of Joel standing in his own path to true happiness, so I'd rate it at around 3.5 stars. 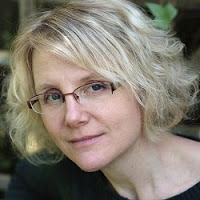 Sally Malcolm was bitten by the male/male romance bug in 2016 and hasnÕt looked back.

Perfect Day was her first published male/male romance, with the follow-up (Between the Lines) out later in 2018 and a dozen other ideas bubbling away on the back burner. Her stories are emotional, sweetly angsty, and always have happy endings.