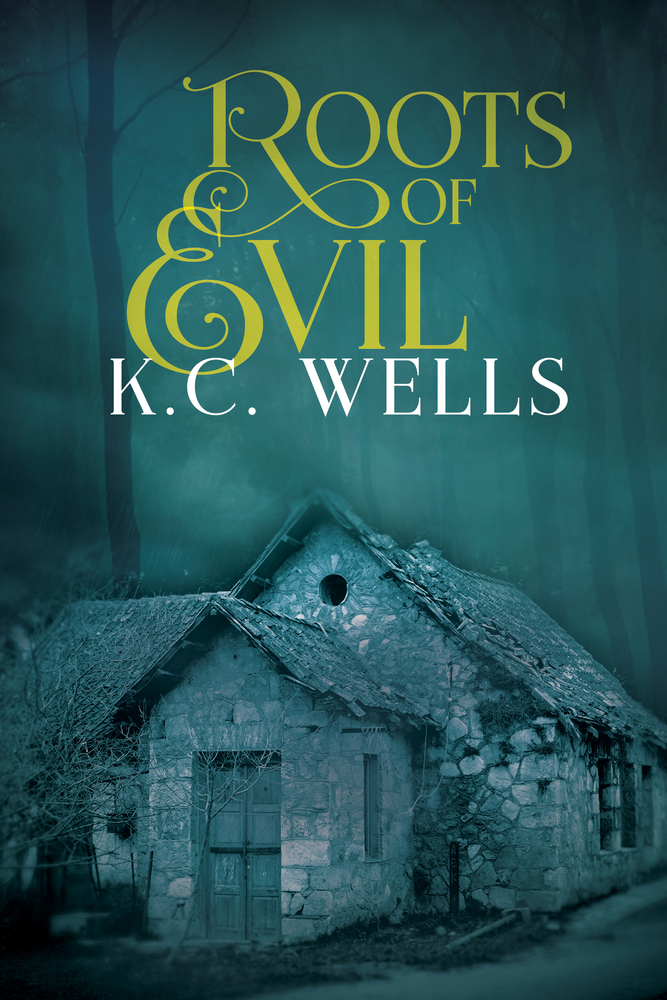 Many consider Naomi Teedle the village witch. Most people avoid her except when they have need of her herbs and potions. She lives alone on the outskirts of Merrychurch, and that’s fine by everyone—old Mrs. Teedle is not the most pleasant of people. But when she is found murdered, her mouth bulging with her own herbs and roots, suddenly no one has a bad word to say about her.

Jonathon de Mountford is adjusting to life up at the manor house, but it’s not a solitary life: pub landlord Mike Tattersall sees to that. Jonathon is both horrified to learn of the recent murder and confused by the sudden reversal of public opinion. Surely someone in the village had reason to want her dead?

He and Mike decide it’s time for them to step in and “help” the local police with their investigation. Only problem is, their sleuthing uncovers more than one suspect—and the list is getting longer…


Wednesday, November 8
“Jonathon.”
No response.
Mike tried again, only this time he nudged the sleeping Jonathon’s thigh with his own. “Jonathon!”
“Hmm?” Brown eyes gradually focused on him, blinking. When that familiar smile blossomed, Mike’s stomach did a flip-flop. Jonathon first thing in the morning was always a gorgeous sight. Then Jonathon grinned as he slid a warm hand over Mike’s fuzzy belly, moving lower….
Mike grabbed him firmly by the wrist. “Much as I love the way you’re going—”
“Oh good, me too.” Jonathon let out a sleepy chuckle.
“That was not why I woke you up.” Mike gestured toward the bedside table on Jonathon’s side. “Your phone was buzzing. You’ve missed a call.”
“Good. Too bloody early to be calling me anyway.” Jonathon shifted closer, until his lips were inches from Mike’s nipple—then he froze. “Wait a minute. No one I know would be calling me at this hour.” He raised his head and squinted at the window. “It’s only just dawn.”
Mike let out a patient sigh. “You’re usually awake before dawn. Which is why I woke you up. I figured it had to be important.”
With a huff, Jonathon rolled over, grabbed his phone, and peered at the screen. His face fell. “Oh God. Well, that’s killed my mood.”
“Who called?”
Jonathon sat up in bed and tapped the keys on his phone. “My father.”
Mike could understand that reaction. One withering glance from Thomas de Mountford had been enough to shrivel Mike’s nuts to the size of raisins.
He waited while Jonathon listened to a voicemail message, his facial expression not improving. If anything, it appeared to worsen. After a few minutes, Jonathon tossed his phone onto the bed and sank back against the pillows.
“He’s coming to see me,” Jonathon said in a subdued voice.
“When?”
“This weekend. And he’s staying the night.” A few minutes was all it had taken to change Jonathon’s mood from playful to downright miserable.
“Any clues as to the reason for this sudden visit?”

“Maybe. He mentioned my birthday.”
Mike smiled. “Oh? Is it soon?” He gave himself a swift mental kick up the backside. Not knowing when your boyfriend’s birthday is? Scandalous.
“In a week’s time. And I have a sneaking suspicion why he mentioned it. After all, I’m going to be twenty-nine. That’s nearly thirty, y’know.”
“Yeah, last time I looked,” Mike said wryly.
Jonathon shook his head. “You don’t get it. Nearly thirty, as in, time I settled down. Got married. Had kids.” His face was glum. “And somehow I don’t think a husband features in his plans.”
Mike blinked. “Why—does one feature in yours?” His heartbeat sped up a little. Okay, so three months was way too early to be thinking about such things, but that didn’t mean the thought hadn’t crossed his mind.
Jonathon regarded him with obvious affection. “Well, at some point, yes. Not this week, though.” His eyes sparkled with humor. “Though that would surely shut my father up.”
“More like, give him a heart attack.” Mike held his arm wide. “I’m sorry your dad spoiled your mood. Would a cuddle help?” Talking about it would only exacerbate Jonathon’s mood.
Jonathon was snuggled up against him in a heartbeat, his face buried in Mike’s neck. “It’s a start.” His breath tickled.
Mike held him, conscious of warm, soft skin against his torso. “You have something else in mind?”
Jonathon craned his neck and grinned. “Like you don’t know.”
Mike let out a happy sigh. “Just checking.” His morning might have suffered a brief wobble, but it looked like things were back on track.
Until the weekend, at least.
He’d deal with whatever Thomas de Mountford had in mind when the time came. One thing was certain: Mike would have Jonathon’s back.

You can stalk – er, find – her in the following places: