Book Blitz: Yours, Forever After by Beth Bolden

Book Title: Yours, Forever After Fifteen years ago, Prince Graham of Ardglass barely escaped from the ancestral castle with his young life. Rescued by a magical creature and spirited off to a faraway valley, he grew into a strong, capable man—never shirking his duties on the farm, but forever bitter over his father’s betrayal. But just when he has finally come to terms with being lost and staying lost, a visitor arrives in his valley and changes everything.

After a lifetime spent lost in his beloved books, Prince Emory awakens to find his villainous aunt working to usurp the throne of Fontaine. When she sends him on a dangerous quest, he’s certain the journey is a trap, but he’s not willing to accept defeat without a fight.

But a fight is something Rory is unprepared and untrained for, until he’s saved by a handsome, unassuming farmhand and his snooty, smug, and surprisingly talkative unicorn.

“Hey, watch yourself,” a voice said, and Rory looked, and then kept looking as a very tall man, shirtless, his face and muscular chest smeared with dirt, rose from the middle of a patch of squash.

Marthe was instantly by his side, sword out of her belt, but the man simply looked at her, expression blank and bored. He spread his empty hands in front of him. “If you’re hungry,” he said, “take what you like. If you are lost, you may stay.”

The man’s hair was long and dark, nearly shaggy, but did not obscure the bright blue eyes that gazed out at him. A bead of sweat trickled down his bare and undeniably dirty pectoral muscle. Rory swallowed hard. He had never met anyone like this man before—someone rough and uncouth and utterly, completely compelling. Rory felt his blood sizzle, like a drop of water on a stove that had been stoked with firewood all day. He stared, mesmerized, by the man. Was he a bandit? He certainly did not seem like one, if his offer of food and shelter was any indication.

“Sir,” Rory said, trying to find his voice under Marthe’s accusing stare, “we are in search of some dangerous criminals who have been looting the supply wagons from Fontaine.”

The man gave him a disbelieving look. “Does it look like we’re harboring bandits here?”


Truthfully, it did not. It looked to Rory that all the man was harboring was an excellent crop of vegetables. As well as a physique that made Rory desperate to reach out and place a palm on that firm chest, even though it was smeared with dirt and sweat. Somehow, that made it even more attractive, though Rory did not think that thought could possibly be logical.

But Marthe was clearly not as distracted by such a fine chest as Rory was. Her glare was still fierce. “You will not mind if I do not take your word for it,” she said. “I would like to search the grounds and buildings of your farm.”

The man threw his head back and laughed. Rory did not know what was so amusing, but he discovered that he was desperate to know.

“There is nothing here but my farming implements, the animals I keep here, and the store of food to last us through the winter,” he admitted. “But feel free to search all you like.”

“Do you have any weapons here?” Marthe asked, her hard voice making it clear she did not believe the act. If it was even an act. Rory was strangely inclined to believe his words, but that might have been because of his beautiful eyes.

“A dagger or two,” the man said, leaning against his shovel. “We have no need of weapons here.”

Marthe sniffed. “We will be the judge of that.” After throwing Rory another reprimanding look, she marched away, clearly intending to find the rest of the guard and do a thorough search of the farm. Rory thought she must not have thought the man was a threat, or else she never would’ve left him alone.

The man stared at Rory, who stared back. “Do you always travel with a full complement of lady warriors?” he asked offhandedly.

Rory blushed. It was impossible to admit to this man, who looked eminently capable of dispatching any threat, weapons or no, that Rory had to, because he could not defend himself. “It was very rude of me not to introduce myself,” Rory said, extending a hand, “I am Prince Emory of the kingdom of Fontaine, but you may call me Rory.”

It was as if his words changed everything. The man’s eyes went blank, his face cold and hard, and he turned away, leaving Rory awkwardly standing with his hand out. “Gray,” he said shortly. “Welcome to the valley.”

One of the reasons Rory had always loved reading was that he felt an inescapable compulsion to know things. His curiosity was legendary, and faced with a man such as Gray, couldn’t have been more engaged even if he’d tried.

“How long have you lived here?” Rory asked, as Gray returned to his squash, carefully digging around a plant. “How did you come to be here? I have never seen this valley on a map before.”

Gray did not bother to meet his eyes as he responded, his tone short and hard. “I have been here many years. It’s a haven for those who are lost, a magical place not found on any maps.”

It did not make any sense at all for Sabrina to believe that the bandits stealing their supplies would hide in a magical valley for the lost. They might have little in the way of a moral compass, but they could hardly be lost.

“Are you lost then?” Rory asked.

Gray looked up then, eyes boring into Rory’s own. He said nothing for a long moment. “Aren’t we all lost?” he asked. 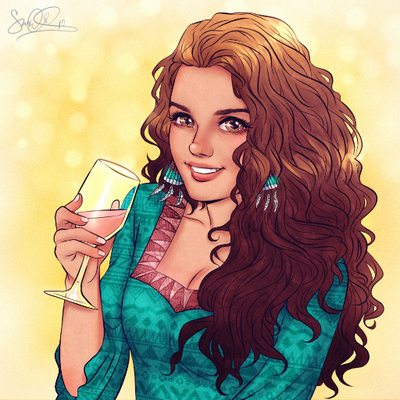 A lifelong Oregonian, Beth Bolden has just recently moved to North Carolina with her supportive husband and their sweet kitten, Earl Grey. Beth still believes in Keeping Portland Weird, and intends to start a chapter of Keeping Durham Weird.

Beth has been writing practically since she learned the alphabet. Unfortunately, her first foray into novel writing, titled Big Bear with Sparkly Earrings, wasn’t a bestseller, but hope springs eternal. She’s published thirteen novels and five short stories. Yours, Forever After is her first fantasy/fairytale re-telling.

Enter the Rafflecopter giveaway for a chance to win a $25 Amazon gift card. 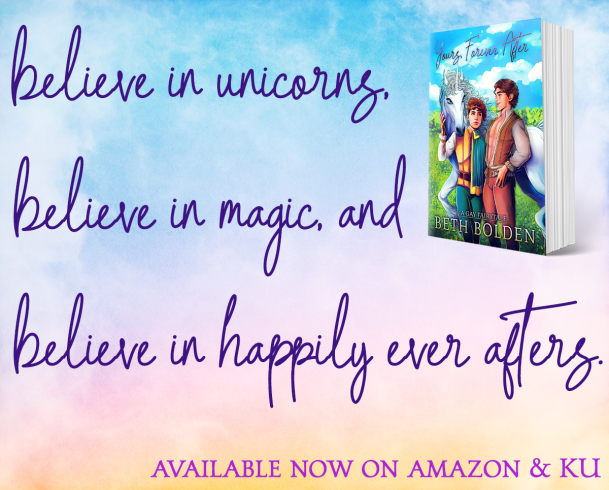