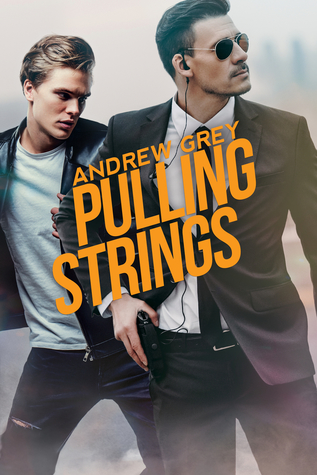 A high-stakes case of industrial espionage ties them together, but before they can pursue their attraction, they must find out who’s pulling the strings.

Devon Donaldson doesn’t know how a folio of stolen corporate secrets found its way into his bag, and he certainly can’t think of anyone who’d want to frame him. The trouble is, he has to convince Powers McPherson. Devon’s firm hired Powers to investigate the theft of a new banking system, and so far Devon is his only lead.


While Powers’s gut tells him Devon is innocent, he has no intention of letting Devon out of his sight…for more than one reason. Working together to get Devon’s life back leads to feelings far beyond cooperation. But before they can act on them, they need to find the group of thieves intent on ruining Devon’s reputation.

His apartment wasn’t large, but it was plenty big enough for him, with a small bedroom off a decent-sized living room. He had a tiny kitchen, but it worked for his life. Most of the furniture he got at secondhand stores and the Salvation Army, carrying it back piece by piece. It made for an eclectic mix of things, but it was all his and this was home. He loved it… mostly because no one was going to take it away from him. No one would come in from work and tell him that tomorrow they were moving to yet another town, and that he’d have to attend another school with another group of kids that he was just going to start to get to know before he had to move again. This was stable; this was his.
Devon set his bag on the coffee table and went right to his refrigerator. After pulling out a bottle of cold water, he drank half of it and placed the remainder back inside to remain cold, before wandering into the bedroom to change out of his work clothes.
He put his shirt in the dirty clothes and hung up his pants and suit coat, along with the tie. He hoped he could get one more wear out of them before he had to have them dry-cleaned. Instead of hanging them in the closet, he put them in the bathroom near the open window, where a steady breeze could air them out for him. He tried to get a second wear out of his clothes in order to save some expenses, but it wasn’t always possible.
A pounding at his door made him jump. Devon hurried to pull on a pair of shorts and a T-shirt, rushed to the front door, and peered through the peephole. Tall, Dark, and Broody stood in his hallway, glaring back at him. “What do you want?” He wished he’d grabbed his cell phone off the dresser before coming out.
“I need to talk to you,” he said, pounding on the door once more. “You need to talk to me, or else you’ll talk to the police.”
Devon undid the latch, keeping the chain on, and cracked the door open. “I’m the one who’s going to call the police if you don’t go away.” He closed the door once again, glaring through the peephole. “Go away.”


“You need to talk to me, Devon,” he said, more softly but with the same urgency. “It’s important.”
“How do you know my name? Are you following me? You a stalker or something?” Devon leaned against the door, his leg shaking. Damn, he’d been looking forward to a quiet night. “Just go away.” He sounded whiny even to his own ears.
“We need to talk,” he repeated.
Devon pulled the door open slightly. “Why?” He peered out into the hall, wishing his neighbor was home, but she was away on vacation for the week visiting her kids. Mrs. Lowenski always knew what was going on and could be counted on to be nosy enough to call the police for him. As it was, he was on his own.
“I’m not a stalker, and I know you saw me at the gala. You are probably aware that Mrs. Mauer knows who I am.”
“She doesn’t like you,” Devon said.
He shrugged. “A lot of people don’t like me.”
“Let me see some identification,” Devon said, and the man pulled out a card and handed it to him. “Powers McPherson. Private security and investigations.” He turned the card over, but there was nothing else on the back. “This is really helpful.” Devon rolled his eyes. “Anyone can have business cards made up that say anything. Go away and leave me alone.”
“I’ve been hired by your company, and as I said, we need to talk. Now, we can do it like this in the hallway, or you can let me in.” He wore a suit that probably cost as much as Devon made in a week, and his shoes shone brightly. Powers didn’t look like the kind of guy who would mug someone, but Devon still wasn’t sure. Still, from what Marie had said, Powers worked for Mr. Mauer, and he didn’t want to get in trouble.