Thank you so much to My Fiction Nook for hosting me here today. I wanted to talk about my latest book, Bitter Heat, the third installment of the Heat of Love series. I always wanted to talk about the series in general, as well as a fun and exciting romance genre podcast that featured the first book, Slow Heat.

When I finished Alpha Heat, the second book in this series, I had carefully set up a specific pairing that I intended to write about for the third book. But the character of Kerry, an omega only mentioned in the prior book, came to me and pointed out that due to the events of Alpha Heat, he was trapped in a very dark place. I immediately felt a responsibility to him and knew I had to save him. Which led to me writing Bitter Heat instead of the planned installment.

Books are like that. Sometimes they come to you all unplanned and unexpected. The first book in the series, Slow Heat, was equally unexpected. I had intended to work on something else, but one day, in the middle of a drug store of all places, the main characters of Slow Heat showed up in my head like a fever dream, demanding I put everything aside and tell their story. And so I did. The result was my first thrust into non-contemporary books and mpreg, a trope I’d wanted to explore for many years but had never found the right story.

To me, there is power and important lessons to be learned in putting reproductive questions and quandaries on the male body. And apparently, I’m not alone in finding that to be the case. Recently, a podcast called Learning the Tropes, took on Slow Heat as their first experience with mpreg, and came to some funny, smart, and fascinating conclusions. The hosts of the podcast position themselves as follows: Erin, a romance veteran who’s been reading romance books for years, and Clayton, a romance “virgin” who’s been only reading romance as long as the podcast has been going on. Neither of them had ever read an mpreg book before and you can imagine their reactions.

One of the things mentioned by Clayton in the podcast was how viscerally impacted he felt by the reproductive issues when placed on a body with a dick. That touched on one of the main reasons motivations I have for writing mpreg. I have personal reasons as well that deal with my nonbinary gender status, but one of the main things I like to play with is forcing a mirror on reproductive issues but with a male form. It results in strong reactions one way or another: some love it, find it fascinating, and others are horrified, offended, or something else. There’s no doubt that mpreg is a strong trigger for any reader. What’s amazing to me is how many people love it, how many feel deeply moved by it. I’m proud to write it.

You can find that podcast here.

If you’re interested in starting the series from the beginning, all the books are in Kindle Unlimited, even the latest, Bitter Heat. Thank you so much for reading about the books and I hope you enjoy them! Thank you again to My Fiction Nook for hosting me here! And do check out that podcast. It’s a blast! 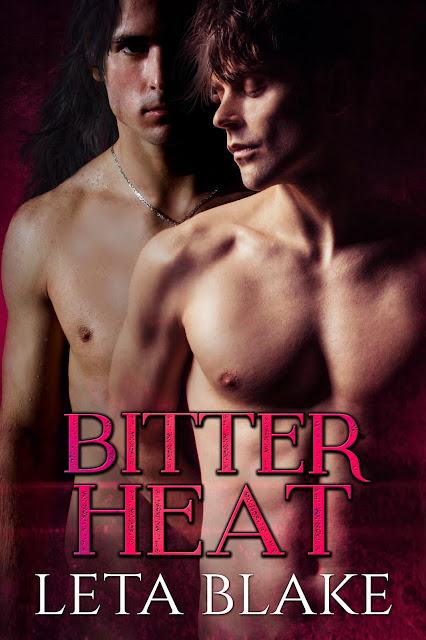 A pregnant omega trapped in a desperate situation, an unattached alpha with a lot to prove, and an unexpected fall into love that could save them both.

Kerry Monkburn is contracted to a violent alpha in prison for brutal crimes. Now pregnant with the alpha’s child, he lives high in the mountains, far above the city that once lured him in with promises of a better life. Enduring bitterness and fear, Kerry flirts with putting an end to his life of darkness, but fate intervenes.

Janus Heelies has made mistakes in the past. In an effort to redeem himself, integrity has become the watchword for his future. Training as a nurse under the only doctor willing to take him on, Janus is resolute in his intentions: he will live cleanly in the mountains and avoid all inappropriate affairs. But he doesn’t anticipate the pull that Kerry exercises on his heart and mind.

As the question of Kerry’s future health and safety comes to an explosive head, only the intervention of fate will see these desperate men through to a happy ending.

This gay romance novel by Leta Blake is the third in the Heat of Love universe which began with Slow Heat. It’s 111,000 words, with a strong happy ending and a critically-acclaimed, non-shifter Omegaverse. It features alphas, betas, omegas, male pregnancy, mpreg, heat, and knotting. Content warning for a violent and oppressive society regarding reproductive rights. 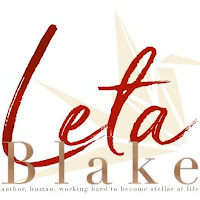