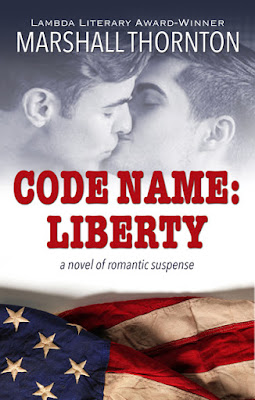 In the summer of 1980, the news is full of the upcoming election and the hostage crisis in Iran but Patrick Henry Burke is not paying any attention. He’s met a Persian prince and his head is full of romance. All of that changes though when a sexy CIA agent, Gary Walker, approaches him and asks that he spy on the prince and his father.

They’re attempting to prevent the hostages from being released to guarantee Carter won’t win the presidency in hopes that the Reagan administration will be grateful enough to assist the prince’s father in becoming the new Shah of Iran.

Marshall Thornton writes two popular mystery series, the Boystown Mysteries and the Pinx Video Mysteries. He has won the Lambda Award for Gay Mystery three times. His romantic comedy, Femme was also a 2016 Lambda finalist for Best Gay Romance. Other books include My Favorite Uncle, The Ghost Slept Over and Masc, the sequel to Femme. He is a member of Mystery Writers of America.