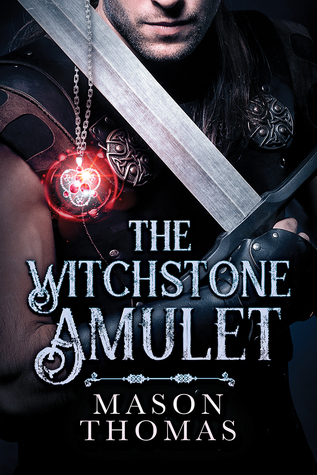 That’s what rugby player Hunter Best’s mother told him before she died. But when Hunter surprises an intruder in his Chicago apartment, he discovers her amulet stolen. Hunter pursues the thief—all the way through a strange vortex. He wakes in a bizarre and violent world, a benighted realm on the threshold of civil war.

Tackling the Question of Show Vs Tell
The first advice writers are given from very early on is “show, don’t tell.” This means, instead of stating what the reader needs to know, or what is occurring, you instead pull the reader into the scene in a way that they experience it for themselves. Easy enough to trumpet from rooftops, but its execution tends to be a tad more elusive. It is a technique that requires intention and ongoing practice.
New writers have often asked what the difference between the two really is. And is it as important a rule as people make it out to be? As in all things regarding art, rules exist to guide the artist, yet there are occasions when you can break those rules. The “show don’t tell” rule is no exception. But it has become a cliché for a reason. It makes for better writing.
Can you get away with just telling sometimes? Yes. In my view, sometimes telling is more appropriate. The important distinction however is to know when it’s better to tell. And to do that, you have to deeply grasp the greater significance of showing.
Admittedly, “showing” requires more effort, and it takes up considerably more real estate on the page. Telling might be a single sentence on the page. And it can do the job just fine if the circumstances are right. For example, if the information that is being conveyed is important but doesn’t have any emotional depth, then telling is perfectly fine. If the information needs to get out quickly so it doesn’t slow down furious pace of the action scene, tell away!
But if you want your readers to feel it more than know it, then the obvious solution is to show them what is happening.
Character development is one of the areas you need to lean heavily on showing. Simply announcing a character’s traits doesn’t have the necessary depth or impact to draw them in. You have to show the reader who they are. When asked to provide an example of this, I tend to draw from a real-life example—something that occurred in my family’s past.
My grandfather died when I was still rather young. He had lived a long life and died peacefully in his sleep at the age of 88. He had many children, and a ridiculous number of grandchildren. I was a mere ten years old when he passed, and I can honestly say that I didn’t know him all that well. He was a kindly old man that lived far away from me. I interacted with him once a year when the we went to the family reunion. I remember him being soft spoken and gentle, but that was about all I knew about him.
The irony however is I feel like I knew him better years after he died than when he was alive.
My grandfather was a farmer, and his farm—still in existence today—is in northern Michigan about thirty minutes from Traverse City. At the time, he grew potatoes mainly, but other crops as well, and he would sell his products in Traverse City. When he was in his mid to late twenties, an unthinkable tragedy struck.


My grandfather had loaded up their new Model A truck with a load of potatoes to take to Traverse. His two young sons begged to go with him, but he told they couldn’t go with him this time—so unbeknownst to him, they snuck onto the back of the truck. He discovered them only partway down the drive and told them jump down and to run back home.
Disappointed that they’d been caught, they jumped off the side of the truck, but instead of going around, they went under.
The two boys were killed when my grandfather drove off again, thinking they had already cleared the truck.
Now, it is important to know that this truck is the same one that my cousins and I would play in. It was parked in the corner of the barn, the keys long lost. By the time it was my turn to bounce on the seats, tug on the steering wheel and the move the stick shift around, it had already suffered decades of abuse from my older cousins. The paint was faded, and the metal rusted, the leather bench seat ruptured with stuffing exploding out of it. We would spend hours playing in the truck without the slightest inkling of the dark circumstances that resulted in it being there. We just assumed it stopped working and was abandoned there. I didn’t learn why that truck was parked there in the barn until many years later.
After the accident, my grandfather backed that truck into the barn and left it there. It was never once driven again.
I could tell you that my grandfather never forgave himself for the accident, and never let himself forget the tragedy. But that doesn’t adequately convey the pain he felt his entire life.
When I learned that the truck I played in for years and years was the same truck that accidently killed my two uncles, I knew more about my grandfather at that moment than I had learned about him my whole life prior to that.
He could have disposed of the truck at any time, sold it and had someone drive it or haul it away. He could have removed the representation of his pain from his life forever. He could have allowed himself peace. But he didn’t. He never drove it again, but he also left it there, in the barn, where he would see it every day, an unrelenting reminder of what he’d done. When I learned of that, no one had to tell me that he’d never forgiven himself. No one told me that he would never let himself forget what had happened and would force himself to endure that pain day after day—but I knew it. When I learned the true history of the that model A potato truck, I understood him, and the ongoing agony he must have felt every single day he forced his eyes to look upon that vehicle.
His actions showed that to me without a single word being spoken.


That is the impactful power of showing.

Mason Thomas began his writing journey at the age of thirteen when his personal hero, Isaac Asimov, took the time to respond to a letter he wrote him. He’s been writing stories every since. Today, he is ecstatic and grateful that there is a place at the speculative table for stories with strong gay protagonists. Mason, by all accounts, is still a nerdy teenager, although his hairline and waistline indicate otherwise.

When his fingers are not pounding furiously at a keyboard, they can usually be found holding a video game controller, plucking away at an electric guitar, or shaking a twenty-sided die during a role playing game. Mason will take any opportunity to play dress up, whether through cosplay, Halloween or a visit to a Renaissance Faire.

He pays the bills by daring middle school students to actually like school and encouraging them to make a mess in his science classroom. He lives in Chicago with his endlessly patient husband, who has tolerated his geeky nonsense for two decades, and their two unruly cats who graciously allow Mason and his husband to share the same space with them.