Hey everyone! In honor of my new M/M rocket scientist contemporary, Rockets and Romance, I thought I’d share a few of my favorite fictional nerds and who I think their ideal co-heroes/heroines would be. Would love to hear some of your suggestions, too!

Presented here for argument, in ascending order of “I want to read a romance with this nerd as the hero/heroine”:

Lisa, with her passions and her outsider-ness and her oldest child syndrome, is 100% me at that age. (“That age” being flexible, since she’s stayed the same for thirty years.) She needs someone who will understand her and encourage her, not only for her brains, but for her convictions as well.

The romance: Lisa gets a full ride to a small but very good college. While there, she meets the girl across the hall--bubbly, brilliant, and friendly. Lisa has never had a friend who got her before, and the two of them start off studying together and end up, um, studying together. Nudge nudge wink wink. Lisa takes her new girlfriend home, horrified that her little brother will scare her off, but instead the brilliant girlfriend manages to pull a prank or two on Bart that makes him re-think ever harassing Lisa’s friends again. Lisa falls head over heels.

Everyone likes a nice guy, and Simon’s the nicest of them all. You could take him home to meet your grandma and he wouldn’t even have to do anything to impress her--he’d just be himself (and mention that he’s a doctor) and your family would fall all over themselves dropping hints about what beautiful babies you’d make together. His love for his sister will always be foremost in his heart, but with a heart that big, would second place really be such a bad thing?

The romance: Simon’s never been good at hiding his emotions, which is why he has such a hard time keeping a straight face around his new neighbor. He’s finally escaped with his sister to a little nowhere town on a little nowhere planet, where they can live anonymously in a big rambling farmhouse and he can take over for the town’s recently-retired, and only, doctor. The rancher who lives a few miles down the road, though, is all the hot cowboy Simon could ever have dreamt of. When a small forest fire scares the rancher’s alien cattle onto Simon’s land, he and his neighbor have to work side-by-side to find them all before it’s too late. Simon thinks he’s successfully hiding his crush… until his sister starts popping up in unlikely places and matter-of-factly telling the rancher exactly what Simon wants to do with him. Simon is mortified; the rancher is intrigued. And, as it turns out, an expert in fulfilling fantasies :-)

No lie--Sherlock is superhumanly brilliant. He’s also rude, caustic, chases everyone away who could possibly care about him except a small handful with thicker skin, and (at least in the Benedict Cumberbatch version) seriously good-looking in a suit. Some of y’all know me from the Sherlock fandom because I love to re-imagine this character as a misunderstood loner who is scared to let anyone love him… yeah, let’s go with that headcanon.

The romance (with apologies to everyone who ships Sherlock and John): Sherlock is an outcast at uni, an unfortunate result of his total unwillingness to tone down his brilliance for mere plebians like “peers” and “professors.” When he gets kicked out of school less than a semester before acquiring his degree, he has nowhere to turn and ends up busking with his violin for spare change. One man, in particular, always stops to listen for a song or two and then tips enough to buy Sherlock a week’s worth of meals. Eventually he introduces himself as the owner of a small dinner theater company and asks if Sherlock would be interested in some steady work. Sherlock agrees and ends up moving into the flat above the theater. The two men quickly get hot and heavy with more than just music, and Sherlock starts to understand maybe he’s worth loving after all.

I think it’s impossible not to love Giles. He’s sweet, shy, British, and can totally kick ass and take names by the end of the series. The world needs more warrior librarians, in my humble opinion. Giles is the type who would get all flushed and breathless on even a small roller coaster but would still smite demons without a qualm if they interrupted your foot-rubs-and-reading-in-front-of-a-fire date. Everyone needs a Giles sometimes.

The romance: Giles has casually saved the world, again, mostly by keeping a bunch of hormonal teenagers from destroying it until they can get their act together. He returns to England, longing for a peaceful life, only to find that “peaceful” isn’t as appealing as he’d thought. When someone sets his burgeoning antique bookshop on fire, killing his terribly unlikeable business partner, Giles finds himself helplessly drawn to the gruff and not-at-all-nerdy detective assigned to his case. A detective who has a long string of failed relationships with people of various genders behind him. Giles has never been one for casual sex--or instigating sex at all, really--but he’s swept up in the detective’s wake and finds himself in a “friends with benefits” situation with someone he’s slowly discovering he wants more than benefits from. As the arsonist mystery gets darker, Giles has to call more and more on the warrior skills he’d honed in Sunnydale… and the courage he’ll need to confess his love.

What nerds would you ship with an original character, if you could? I’m always looking for suggestions :-) (Leave Wendy a suggestion in the comments section)

For a sexy fish-out-of-water rocket scientist M/M romance, check out Rockets and Romance, out now! 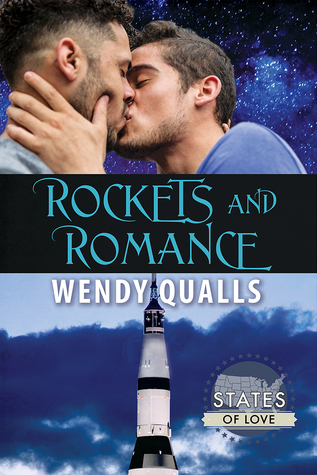 
Julian Barlow has finally landed his dream job working for NASA. The catch? He has to move to Huntsville, Alabama—a daunting prospect for a gay pescetarian from Los Angeles who’s never been south of the Mason-Dixon line.

Fellow engineer Cody Ewing is an Alabama boy through and through, and Julian’s casual assumptions about the South in general and Southern homophobia in particular makes it dislike at first sight. Then NASA throws them together on a months-long project, and they have to make it work.

Forced to rely on each other, the two men develop a tentative friendship that becomes something more as Cody shows Julian Alabama’s good side. Julian’s insistence on secrecy and Cody’s hot-and-cold act could scuttle their chances before they ever get off the ground, though. 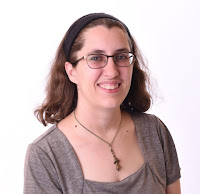 Wendy Qualls was a small ­town librarian until she finished reading everything her library had to offer. At that point she put her expensive and totally unrelated college degree to use by writing smutty romance novels and wasting time on the internet. She lives in Northern Alabama with her husband, two girls, two dogs, and a seasonally fluctuating swarm of unwanted ladybugs. She is represented by Moe Ferrara of BookEnds Literary Agency.