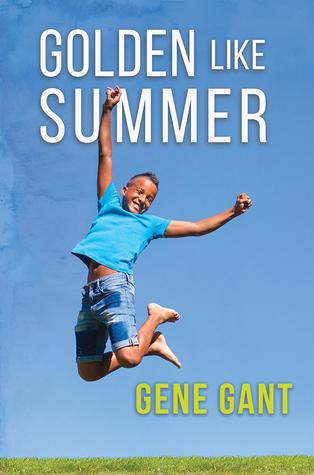 When he escapes the abusive man he calls Pa, Joey thinks his nightmare is over. Instead, a new one begins.

The police don’t buy Joey’s story about the six-year-old boy he saved from Pa during his escape . Suddenly he’s being accused of a crime, threatened, and shown firsthand how the criminal justice system treats a black teen with no resources.

After making another escape, Joey gives himself a new name, Alan, and starts a new life living in an abandoned house. Then he meets Desi, another homeless boy. Though their mutual attraction grows into deeper feelings, Alan’s ordeal has left him afraid of physical love. Still, he’s determined to save Desi from the older teen who’s pimping him out. But in confronting the pimp, Alan and Desi may find themselves in trouble with the law again, a situation that could forever tear them apart.

I read a blog post a few years ago written by a gay man explaining how he came to be a first-time father in his sixties. He was a social worker at his city’s health department, counseling people on safe sex practices and needle exchanges, among other things. On Friday and Saturday nights, he hit the local clubs and red light districts to distribute condoms. Facing retirement and a slew of age-related ailments, he decided to wind down his weekend forays.
On one of his last visits to a site notorious for male prostitution, he noticed what he initially took to be a very small man standing at the curb talking to a guy in a pickup truck. As he passed the two, he was stunned to realize that the small man was actually a kid barely past puberty. To get the kid away from the potential john, he immediately went back and offered the frightened boy forty dollars just to talk.
He took the boy to a fast food joint, bought him a meal, and in exchange received a heartrending history. From his earliest memories, the boy had been afraid of his father, who considered the boy much too “soft” to be a son of his and heaped on years of psychological abuse. When he was thirteen, the boy’s father discovered he’d been sending pictures of himself wearing makeup and a wig to another male. His father grabbed him and threw him out of the house. He spent two nights sleeping in a park. When he returned home and begged to be let in, his father punched him in the mouth and told him never to come back. The boy wound up in another city, living under a viaduct with other homeless souls, trading sex for cash to feed himself.

The social worker convinced him to go into the foster care system and took him to a clinic for a physical exam. The boy was treated for syphilis but luckily had contracted no other STDs. He languished in a group home for a couple of months, receiving food and shelter but nothing close to parental affection. His hope was that he would find a forever family. The social worker knew that, in his conservative state, a gay kid stood little chance of being adopted.  After consultations with his partner and family, he decided to adopt the kid himself. A happy ending indeed.
I don’t remember who wrote this post or where I even read it, but it has stuck with me to this day. Most homeless gay teen boys aren’t as lucky as the one in the post. Homeless LGBTQ teens face an even greater risk of sex trafficking. Resources for the homeless in general are often abysmal, but even more so for teens who are anything other than hetero-normative in their orientation. One reason for this is the fact that many conservative states in the USA are loathe to establish services targeted at the particular needs of these youth. LGBTQ teens tend to avoid a traditional shelter, if there happens to be one, where they may face discrimination and phobic attacks. They possibly fear that shelters operated by religious organizations will not welcome them, or will subject them to teachings that undermine their identities and sense of worth.
With limited options, homeless LGBTQ teens may turn to the sex trade as a means of survival. Their vulnerability often takes them from turning the occasion trick for their own benefit to being enslaved by a pimp. Once under the control of a pimp, it can be very difficult for a young person to escape sex trafficking. In my view, prevention is the best solution here. By making sure resources are available to homeless youth, whatever their orientation and however they become homeless, we can keep them safe from the predators who will certainly exploit them.
I knew the situation described in that blog post from years ago would one day find its way into a story of mine. That story is Golden Like Summer. The post disturbed me when I started reading, but it left me filled with hope. There’s hope, too, in my latest story.
Writing this novel wasn’t as easy as some of my others, but I’m glad I got it done. The characters lingered with me for days after the finish. I was inspired to make more donations to a gay and lesbian community organization which offers housing and additional services to homeless or at risk LGBTQ teens. Such centers do exist but, again, there just aren’t enough of them.

Gene Gant lives with his family in a small, rural community in West Tennessee. He has been a ghost writer for many years and is looking forward to publishing more works under his own name.

You can connect with Gene on his Dreamspinner Author page.