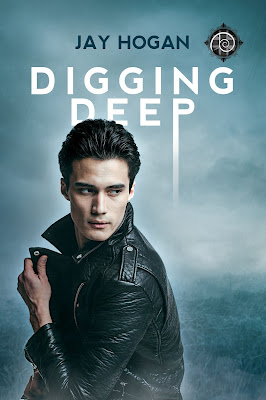 Drake Park has a complicated life. As a gay male midwife, he’s used to raising eyebrows. Add Crohn’s disease and things get interesting—or not, considering the sad state of his love life. Experience has taught Drake that most men are fair-weather sailors when it comes to handling his condition—gone for dust when things get rough. Staying healthy is a full-time job without adding in any heartbreak, so a little loneliness is a small price to pay. If he says it often enough he might even believe it. One thing for sure, the cop who arrested him isn’t about to change that.

Caleb Ashton does not have a complicated life. A senior detective with the Whangarei Police Department, he likes his job and is good at it. He works hard and plays hard, happy to enjoy as many men as he can while he’s still young enough—or at least he was. These days he feels adrift for the first time in his life, and the only thing sparking his interest—a certain prickly young midwife.

But can Drake find enough faith to risk opening his heart again? And does Caleb have what it takes to cope with the challenges Drake’s condition presents?

“THIS LAND is ours, not for mines! This land is ours, not for mines! This land is ours, not for mines!”
Arms weary, voice hoarse, I furiously pumped my end of the cherry-red anti-mining banner above our heads as our protest chants echoed through my head like damn church bells, banging from one side of my skull to the other, and scrambling all sensible thought in the process. Thank Christ the Whangarei Council Chambers, the culmination of our march, was just fifty meters away.
If I hadn’t been a founding committee member, walking front and centre at the head of the march, I would’ve been tempted to run screaming for my sanity over an hour ago. But I’d be damned if I was gonna stand by and let the government sell pristine fucking conservation land out from under our feet without a hell of a fight.
This marked the first of a number of Northland protests all set to culminate in a massive rally along Auckland’s Queen Street in two weeks’ time. Local support hadn’t been a given, as the region suffered above average unemployment, something the mining companies had used to sweeten their application. But an estimated three thousand protesters had given up their sunny spring Saturday afternoon to show their democratic displeasure. Bingo. More than enough to get the voting bean counters worried.
And so they should be. Those sublime hectares of green gorgeousness belonged to the people of New Zealand. Northland was a subtropical paradise with a wealth of untapped agricultural land on offer, ripe for organics and international specialty markets. Why the hell the government wasn’t putting its support behind developing that potential rather than allowing what lay beneath it to be stripped and devastating the environment in the process, who fucking knew? And what was wrong with the damn regional councils for even considering giving the crazy proposal legs? Well, they’d sure as fuck backed the wrong voting horse there, and the numbers in this particular rally proved it.
The march slowed its pace as we hit the cordoned off square directly outside the council chambers, and relief barrelled through me. All we had to do now was form an orderly seated blockade, listen to Nick’s pitch—the guy could sell ice to Antarctica—and wait to be politely moved on by the police. Dead simple.
Or it should have been. A sudden twinge in my gut dried the next mantra midchant in my throat. Fuck. Fuck. Fuck. A second stabbing pain followed by a third close on its heels, and I nearly dropped the fucking banner. Goddamn traitorous body. The march immediately forgotten, I frantically stripped the retail signs on either side of the road in a desperate hunt for a bathroom. Oh, come on, surely… what was wrong with this city?
Standing in front of the Chambers with microphone in hand, Nick was directing everyone to come forward and be seated. The committee was to rally behind him with our banner held high. Not. Gonna. Happen. Not for me, at least.
Providing of course I could find a… The Council Chambers. Yes.
“Sorry, gotta run,” I said to Carol marching next to me.
She jerked her head around. “Drake, you okay?”

“Fine. I’ll be back.” I shoved my banner handle into her hands and took off for the council building at a run, garnering some strange looks in the process. Those who recognised me were no doubt wondering what the fuck I was doing legging it just as the speeches were about to start, but I ignored the turned heads and questioning glances, taking the stairs two at a time and pushing through the glass front door into the lobby.
Once inside, I ignored the two men at the front desk who’d stopped what they were doing to stare at me—I was running like an idiot, after all—and paused just long enough to clock the necessary sign before heading off down a corridor to my left. One of the men yelled at me but I was too damn intent on finding that bathroom. In terms of priorities, mine rated light years ahead of whatever the fuck had got up his arse.
I beat a speedy track along the dim, narrow passageway with its framed photos of old downtown Whangarei until a junction with two further corridors had my head yo-yoing. Christ, what a rabbit warren. Could a government building make it any more difficult to find a fucking toilet?
I opened and closed a few doors until finally… there. An accessibility sign. Fuck it. If a guy in a wheelchair turned up, I’d wear their righteous anger. Accessible was exactly what I needed at this point, and I was more than willing to argue the fact with any idiot that dared cross my path.
I burst into the bathroom and slammed the door shut. A half second later, the handle jiggled, and someone threw their fist against the wood, but I was already in position, jeans around my ankles and a sigh of relief on my lips. Thank Christ the council cleaning budget ran to a decent-quality toilet paper in a dispenser that actually allowed you to grab more than just an ant-size allocation in one go. As far as bathrooms went, this rated a solid eight out of ten and I’d seen more than the average Joe blow in my life.
“Open up.”
I jumped. What? Like hell. “Hold your bloody horses. I’ll be out in a tick.”
The banging continued.
What the fuck was wrong with this dude?
“Police. Unlock the door and vacate the toilet now.” The voice bounced around the small tiled room like a rifle shot.
The police? What the…? And who the hell says vacate? “Um, I’m a little busy in here, if you catch my drift? Is it an emergency?”
The handle went still. “No. Unlock the door, sir.”
“I can’t reach the damn door. It’s a wheelchair toilet.”
“The building is closed to the public. You shouldn’t be inside, sir.”
Oh for fuck’s sake. “Okay. I’m sorry. But if it’s not an emergency and seeing as I am here, do you think I might be allowed to finish, please? I have a… condition. I really need to use this toilet.”
“Regardless, you need to stop and come out, sir.”
Really? Even if he was a cop, the guy didn’t need to be a dick about it. “Easier said than done, officer. Look, I’ll come out, no problem, but trust me on this, you want to let me finish.”
Two beats of silence.
“Make it quick. And then come out slowly, with your hands up.” 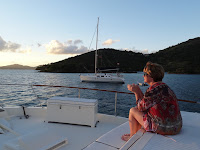 She is a cat aficionado especially of Maine Coons, and an avid dog lover (but don’t tell the cat). She loves to cook- pretty damn good, loves to sing - pretty damn average, and as for loving full-time writing -absolutely… depending of course on the day, the word count, the deadline, how obliging her characters are, the ambient temperature in the Western Sahara, whether Jupiter is rising, the size of the ozone hole over New Zealand and how much coffee she’s had.

Excerpt posted with permission from the publisher.