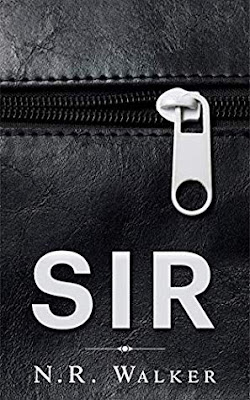 
Founded over four hundred years ago, Sanctus Infinitus Redemptio is a private and very elite society where dominance and submission are revered. Steeped in tradition and excellence, every Dominant and every submissive, and their pairing, are selected with great care.

When Hunter Vargo is brought into the Sanctus, his need for strict dominance sees him paired with the wrong Master. But only a short time later, mistreated and his trust broken, he’s recalled, his collar removed. The Grand Master knows it will take a special kind of Dominant to restore the sub’s faith and trust.

Sig Bruckner’s world is perfect. He has a great job, he has high standing within the Sanctus, and he has Levin, the very best submissive. When he’s asked to take on a second sub, a young man with issues and a rule not to touch him, Sig’s world is turned upside down.

When his dominance, his patience, and self-control are tested, and when Sig’s relationships with both subs are pushed past his limits, everything begins to unravel. Yet Sig knows every good Dom learns from their subs, and he’s no exception. He might not be able to fix everything on his own, but perhaps the three of them together can.

I liked the MCs: Sig, the Dom, who's a doctor and a selfless, thoughtful man; Levin, Sig's first sub who is a little cheeky but mostly kind and good (too good maybe); and Hunter, the scared, scarred second sub whom Sig is tasked with taking care of for one "trial" week.

I also liked how tender and sweet the men were with each other. The conflict in the story is whether Hunter will choose to stay with Sig and Levin. Because the story is told solely in Sig's first-person POV, Hunter and Levin never evolved into fully complex characters. They both seemed one dimensional.

I didn't really buy the setup of the society. An entire village made up of Doms and subs, wholly self-sufficient economically, and no one is suspicious?

The dialogue is overly formal, which I guess was meant to mimic the structure of the society, but it struck me as artificial.

However, the epilogue paints an idyllic picture of three men in love, and I'm a sucker for happy endings. Overall, I found Sir to be an enjoyable, sexy read.

Literature is the most agreeable way of ignoring life.