Blogtour: Dancing With The Lion Book 1: Becoming by Jeanne Reames

Dancing With The Lion

Welcome to my blog tour for Becoming, Book 1 of the Dancing with the Lion duology, about the young Alexander before he became “the Great.” It’s an historical coming-of-age tale with a love story embedded.

Best known for conquering most of his known world before the ripe old age of 33, Alexander made even Julius Caesar weep (for not being him). But who was he before his meteoric rise? And how did his best friend and lover, Hephaistion, give him the emotional support needed for him to become Megalexandros (the Great Alexander)?

Contains everything from cut scenes, to videoblogs of Macedonia (Northern Greece, where Alexander grew up), to audio pronunciations of those weird Greek names!

For our GIVE-AWAY, I’m going to offer something a bit different. Yes, there’s a $10 gift certificate from Riptide Publishers. BUT, for the lucky winner, you get your very own scene request. Want to see a scene in the novel from a different character’s point-of-view? Want to know what happened after a scene ended, or before it began? Or is there something you’d like to see that wasn’t in the novel? Ask for it! I’ll write it just for you. 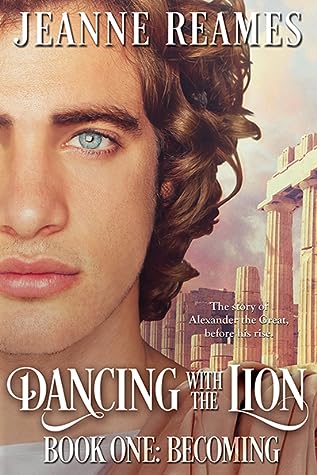 Two boys, one heroic bond, and the molding of Greece’s greatest son.

Before he became known as Alexander the Great, he was Alexandros, the teenage son of the king of Makedon. Rather than living a life of luxury, as prince he has to be better and learn faster than his peers, tackling problems without any help. One such problem involves his increasingly complicated feelings for his new companion, Hephaistion.

When Alexandros and Hephaistion go to study under the philosopher Aristoteles, their evolving relationship becomes even harder to navigate. Strength, competition, and status define one’s fate in their world—a world that seems to have little room for the tenderness growing between them.

Alexandros is expected to command, not to crave the warmth of friendship with an equal. In a kingdom where his shrewd mother and sister are deemed inferior for their sex, and his love for Hephaistion could be seen as submission to an older boy, Alexandros longs to be a human being when everyone but Hephaistion just wants him to be a king.

THE LOVE STORY AT THE HEART OF DANCING WITH THE LION 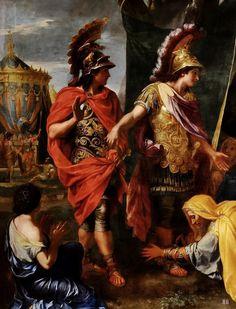 The nature of Alexander’s relationship with Hephaistion completely fascinates me.
Not whether they were lovers, but the honesty, duration, and sheer depth of it.
Alexander called Hephaistion “Alexander too,” and “Philalexandros”—friend of Alexander, in contrast to one of his other generals, Krateros, who he called only “Philobasileus”—friend of the king.
Although it seems they did often agree on policy, his support wasn’t brown-nosing. We’re explicitly informed that Hephaistion would tell Alexander what he really thought. Nobody else was as free as he was to upbraid the king. Yet Alexander never seemed to have felt threatened by him.
They were true best friends.
How many rulers throughout history have had that? Someone whom they utterly trusted? And for about nineteen years, too. Maybe even longer (we’re not sure when they met).

Who was this guy? What must he have been like, to become best friend to Alexander the Great? I’ve spent much of my career studying him, and I’m working on a biography about him now. But fiction lets me speculate in ways history doesn’t.
(Photo by Raymac. https://en.wikipedia.org/wiki/Demetrius_I_of_Macedon#/media/File:Di%C3%A1doco_Retrato._Bronce._300-280_aC_Museo_del_Prado.JPG)
It seems to me that a lot of novelists who write about Alexander aren’t entirely sure what to do with Hephaistion. He winds up bland, or bitchy. It may also be why at least some historians have a hard time believing he deserved his commands. He had to have been a yes-man or Alexander wouldn’t have kept him so close. Or he’s painted as Richelieu-esque, called “sinister,” and described as “tall, handsome, spoilt, spiteful, overbearing, and fundamentally stupid.”
I’ve challenged these portrayals in my scholarship, but believe a goodly chunk of the problem is trying to imagine the sort of man who’d become “Alexander too,” without menacing the authority of such a dominant figure as Alexander. I think Hephaistion was a gamma male. Pop definitions can be found all over the net, but the term was born in anthropology to describe the (few) male bonobo chimps who simply didn’t play the game. While some pop definitions assume gamma males will always clash with alphas because of a gamma’s dislike of authority, that’s only partly true. For especially powerful and intelligent alpha males, gammas may be their only true friends.
I believe Alexander trusted Hephaistion because he was neither a follower nor a leader, and he could keep up with him intellectually, shared his visions and ideals. They had a mission together. All the best love affairs do. Far from bland or bitchy, Hephaistion must have been complex and formidable. And theirs is one of history’s most interesting love stories, even if we may not know a whole lot about how it came to be.
But that’s what fiction is for.

About the series Dancing with the Lion


Alexandros is expected to command, not to crave the warmth of friendship with an equal. In a kingdom where his shrewd mother and sister are deemed inferior for their sex, and his love for Hephaistion could be seen as submission to an older boy, Alexandros longs to be a human being when everyone but Hephaistion just wants him to be a king.


One lucky person will win a $10 voucher for Riptide. But this giveaway also includes something much more personal:

Your very own SCENE.

I’ve committed to write, for the give-away winner, a scene of her/his/their choice.

Would you like to see X scene described from a different character’s POV (point-of-view)?

Or would you like to know what happened just before X scene, or right after?

Or maybe there’s something I didn’t write about at all, but you’d like me to write it for you?

There are some parameters, especially for the third category (write a scene not included). The request is subject to my agreement that the characters would engage in the requested behavior. So keep that in mind. (I wouldn’t write a scene wherein Alexander beat his dog, for instance.)

But I look forward to the winner’s scene challenge!

I have some “cuts scenes” as well as “missing scenes” (in the year between the novels) that will be available on my website after July 1st.
When done, this one will join them.


Each tour stop is a chance to enter by leaving a comment below. Entries close at midnight, Eastern time, on June 6, 2019. Contest is NOT restricted to U.S. entries. Thanks for following along, and don’t forget to leave your contact info!