Convention Life
Hello everyone. It’s good to be back at My Fiction Nook. I can’t believe this is the last of my Geek books. It has been a wild ride since I first got the idea at the Southern Maryland Awesome Con. So much has changed since then. Now that con is no longer there. Ben sold the DC Awesome Con to another mega con group and is living the life by Disney World and Joe, who handled the Southern Maryland portion, retired. It’s crazy because that’s the con where I got the idea for the Geek Life series. Due to illness my husband is unable to handle the demands of conventions so the only one we’re really involved with anymore is the VA Comicon where we’re no longer vendors, but staff. My son and I handle ticket sales and when Keir is up to it, he runs the Kid’s Corner. They will forever remain our con family and I look forward to the day when we can dive back in.
So much of what we’d seen and done over the years have made it into these books in little ways. The cons didn’t just serve as inspiration but fodder for character quirks, the foundation of the relationships between vendors and promoters, and cosplayers, etc. I didn’t translate anyone I know into characters, but little incidents and some locations have been altered and made it into the series.
I’d be surprised if I haven’t touched on this before. My husband and I have been working the convention circuit since our son was in elementary school. Our first convention was up in Pittsburgh. We had nothing much for the table, no skirt or tablecloth to make it look nice, no idea of what we were getting into sitting in a square, with a kid, and seeing the same people walk by over and over. We met a guy at that con that we’re still friends with and have heard his up and down woes with women over the last decade. He’s the one who introduced my husband to the convention that was set at a brewery. I actually never got to see the brewery con. I was stuck in the hotel recovering from spinal surgery. It was my first car trip out of town after it happened, but my husband couldn’t stop talking about the location and how much fun he had. I knew it was the kind of place that Morris would enjoy.
The old man walking around as Conan that Felipe admired was actually a man dressed as Tarzan in nothing but a loincloth. He had to have been seventy. He reused that costume over several cons and I have to give it to him, I don’t think I’d have the balls to walk around any convention mostly naked no matter my age and I’m not the most modest woman. We never saw him again after he gave up the Tarzan gig and sometimes, I wonder what he is doing. He had such swagger. I can see Felipe still having that swagger at seventy.
A friend of mine wanted me to put a scene into A Beautiful Disaster where I show the takedown of the couple who were stealing from vendors, but that was never going to make it in the book. Where I ended Disaster seemed to be the most logical point and I couldn’t see pushing beyond that. However, in my head they were caught and I’m pretty sure Dakota would’ve gotten involved. Felipe would’ve likely been on hand too because he has a knack for being places. In the incident I based it off of, the thieves weren’t caught and a friend of mine lost a considerable amount of money. If you ever work a con, just know this kind of distract and grab is common so keep your cash close to you and valuables hidden! Call it a Brenden Con Commandment. It happens so fast. I couldn’t believe how fast it went down.
I have never gotten into the promotion side of things, but over the years I’ve picked the brains of Ben, Joe, Dan, Brian and Brett. I’ve watched them work themselves to the bone. I’ve seen them struggle over the balance of panels versus other entertainment. One of my best friends is a promoter for medical conferences and when the season hits she does not stop. I took all that activity and the need for organization and poured it into Brenden.
This has been such a fun series to do and doing the convention circuit has been both fun and exhausting. I’m sorry to see the books go, but who knows, maybe after another ten years of doing shows I’ll have fodder for a whole new series. 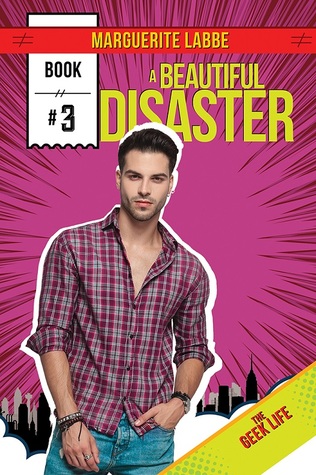