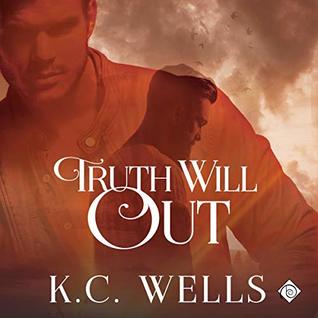 There's nothing like a little murder and mayhem to bring two men together...

When Jonathon de Mountford arrives in Merrychurch village to visit his uncle I really doubt that he'd planned on burying his uncle while before he...oh yeah, it seems he's not leaving or not leaving quite as soon a he'd planned on because he's the new lord of the manner and as if finding his uncle deceased isn't enough the manor has been declared a crime scene leaving Jonathon with no place to stay. Thankfully the local pub has rooms for guest and the owner, Mike Tattersall is more than happy to give Jonathon a place to stay...the very hot, former police constable, pub owner.

As Jonathon and Mike work together to solve the mystery of his uncle's murder, spending their days following leads much to the chagrin of the police inspector brought in to investigate the murder, the same police inspector who firmly dislikes Mike Tattersall and takes great delight in reminding Mike that he's no longer an inspector with the local constabulary and whom Mike derives equal delight from tormenting.

Sadly the weakest part of the story for me was the romance between Jonathon and Mike. I can't say that I needed a big change in the dynamic but yeah, if the relationship had felt like it was not quite as in the background for as much of the story as it was I think I would have found myself getting a little more involved in things. But at the same time I really enjoyed the murder/mystery part of this story and while i would have liked more of the romance, I wouldn't have wanted less of the murder/mystery.


For me the best part of the story was how wonderfully the author brought to life both the setting and the populace of Merrychurch. That this story was set in England was such a treat and I really, really enjoyed it. I'v been to England and while I didn't get to see the whole country I did see enough of it that visualizing this quaint little village and it's collection of citizens was easily accomplished and felt like a bit of a stroll down memory lane.

This is the third book narrated by Seb Yarrick that I've enjoyed his voices are unique and his accent is a perfect touch of authenticity and is a natural reminder of the stories setting keeping the listener firmly anchored in the location.

'Truth Will Out' is the first book in K.C. Wells 'Merrychurch Mysteries' series and I'm hoping that we'll see Jonathan and Mike's relationship progress as they work together to solve more mysteries in the quaint little village of Merrychurch.

An audio book of 'Truth Will Out' was graciously provided by the publisher in exchange for an honest review.