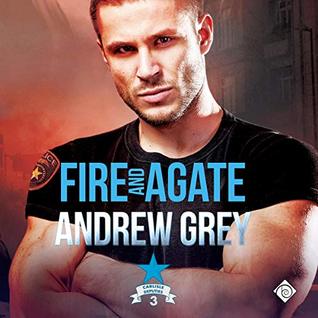 When Chris Anducci is moved off jail duty and into the sheriff’s office, he doesn’t expect his first assignment to be protecting a witness against a human trafficking ring. Knowing the new sheriff doesn’t abide screwups, Chris reluctantly agrees to work the case.

Pavle Kasun has spent the last four years of his life at the mercy of others. When an opportunity presented itself, he took it, resulting in his rescue. Now the safe houses he’s placed in are being threatened and he needs protection if he is to have any sort of chance at a life.

Chris opens his home to Pavle, but he doesn’t expect Pavle and his story to get under his skin… and stay there. Soon they discover they have more in common than either of them thought. Slowly Pavle comes out of his shell and Chris finds someone who touches his heart. But as the men looking for Pavle close in, they will stop at nothing to get him out of the way. But even if Chris can keep him safe, he might not be able to protect his heart if Pavle moves back home.

It's a light romance based on...a fairly heavy topic...human trafficking...

Pavle Kasun has held hostage for four years. He's been kept locked in a room, used as a sex toy for some pretty sick people. Tortured, abused and frequently deprived of the basic necessities of life. Pavle is also a survivor it was through his own determination and ingenuity that he finally escaped and now he's found himself in a prison of a different kind as his life is threatened by the people from the human trafficking ring that he can identify.

After more than one security breach Pavle's alternative measures are taken to ensure Pavle's security and he's placed in the care of deputy sheriff Chris Anducci. So this is the point at which I'm going to say if you want to enjoy this story it's probably best to suspend your sense of disbelief because there are a lot of things that will at the very least have you raising an eyebrow...once or twice or possibly more and that's about all that I'm going to cover about that. Sure I could go through and make a list starting with the fact that the whole issue of how Pavle's protective custody is questionable at best, that Chris's mom conveniently spoke Pavle's native tongue...mmm...sorry but that's a bit to coincidental and on and on but in spite of these things I enjoyed this one...maybe not quite as much as the previous books but still it was enjoyable.

I totally tossed my sense of disbelief out the window on this one. I was in the mood for a sweet romance. I liked Pavle he was a sweet, soft spoken man and I lived that when he needed to he stood up for himself and while Chris's primary objective was to keep Pavle safe, he tried to do so while still being respectful of Pavle as an individual and also trying to allow him as much freedom as he was able to. It didn't always go well but sometimes the best laid plans and all that.


I enjoyed the idea of Pavle, someone who had been victimized but refused to remain the victim but at the same time he was also someone who was kind, gentle, soft spoken but able to quietly and firmly stand up for themselves. Pavle was a character that I liked. Someone I could see myself sitting down with and talking with them over a cup of coffee or tea and some homemade cookies...yep I'd totally make Pavle some cookies and Chris I adored that he loved and respected his grandmother and that he appreciated having such a wonderful strong woman in him life.

The hardest thing for me and what kept me from enjoying this story far more than I did was the relationship issue first that even with suspended belief the fact that in spite of what he'd been through for the past 4 years Pavle was the one who pushed for the relationship between him and Chris to progress. He just fell a little to easily and readily into the relationship. I can understand Pavle developing feelings for Chris considering that Chris is the first man that he's met in over 4 years who seemed to genuinely care about him. I just would have found it easier ot believe if we'd seen some kind of internal struggle with his feelings from Pavle rather than this sudden overwhelming love that neither man seemed to be able to resist...even my suspended beliefs will only stretch so far and it didn't quite reach the necessary suspension level for this. It was however, tempered by the fact that I could see Chris as the type of person who Pavle would ultimately be able to have a relationship with so, while it maybe happened a little to fast for my sensibilities it wasn't an impossibility.

Greg Tremblay was the narrator for this story and as always Mr. Tremblay did a awesome job with the narration and as with the previous stories in this series he gave the characters depth and emotion as well as providing the familiar voices of characters from previous stories. However, I do have to admit for me there was a tiny bit of disappointment with the voice of Chris's grandmother, having grown up in a community that was predominantly populated by European immigrants from Poland, Hungary, Germany, Belgium, the Ukraine, etc. I grew up hearing those accents on a daily basis and when Chris's grandma talked for me the accent resonated more as being Asian than European and maybe that was me but more importantly whoever the voice and whatever the accent they retained their unique sound and I never had an issue identifying who was speaking and for me that's the more important factor.