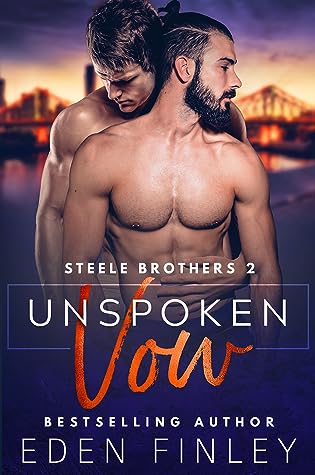 
But there’s one person above everything else I can’t seem to get a handle on.


In short, he’s perfect. The reality, he scares me.

He’s the opposite of what I usually go for. He’s bigger. Intimidating. He reminds me of someone I’d rather forget.


When I need to find a new place to live, Brody offers me his spare room, but I have no plans on taking him up on the offer. He doesn’t know what happened to me five years ago, and I want to keep it that way.


But with limited options, I find myself outside his apartment holding a full moving box and wondering: How can I do this without exposing the darkest part of my past?

Gah! This book was completely heartbreaking, but still remained *mostly* full of hope.

My friends already know that stories centered around mental health issues are faaaaar from my favorite trope. They tend to be emotionally draining, especially when an MC's issues force a sudden, often long separation, leaving the other MC completely gutted in the process. And that's about the furthest thing from a fun read, IMHO.

But in this story, although being inside Anders' damaged head was very often turbulent and irrational, Eden kept his wallowing in self-pity to as much of a minimum as the subject matter would allow.

She accomplished this by injecting a lot of humor, and with Law and Anders' therapist calling bullshit on the destructive thoughts, brought to the surface by Anders' constant inner voice, when such tough love was very much needed.

Another thing that allowed me to enjoy this story more than your typical angsty, mental health tale was the limited number of major setbacks that Anders had after moving in with Brody. Nothing makes me crazier than reading a story, for enjoyment, where there's one step forward, then five steps back, rinse and repeat until I feel like strangling an author.

Yes, Anders did have a few slip ups and freaked out; however, he truly *wanted* to get better. To live a happy life. With Brody. So he actually put in the work, even if the forward momentum was aided at times by his twin, Law, giving him a firm nudge in the direction he already wanted to go, but found himself stuck before that point.

That angst was kept to an acceptable level, never really feeling forced, and the steamy bits were present, but that's not what this story was about, so that felt realistic to me, too.

The book did end with the guys heading toward their very own HEA, but also admitting that no amount of "Magical Dick" was going to get them to 100% immediately.

Just like any "typical/normal" relationship, theirs was going to take constant work. They'd probably have to put in more effort than most to get there, but neither man had any doubt that they *would* in fact reach that goal.