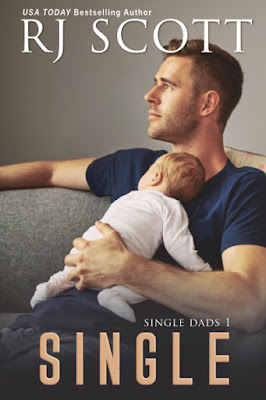 
Reeling from the painful rejection of a man he thought he loved, Asher is left holding the baby.

When ER doctor Sean moves in with his friends next door to sexy single father Ash, he falls so quickly it takes his breath away. The sex they have is hot, but Ash is adamant
his heart is too full with love for his daughter to let anyone else in. Why is Sean the only one who sees how scared Ash is, and how can he prove to his new lover that he desperately wants the three of them to become a family?

Ash is the single dad we get to meet this time around. He didn’t plan it this way but his partner or the person who he thought was his partner decided that the whole family, parent thing just wasn’t for him…’whew’ thank heavens Ash and his sweet little baby girl, Mia dodged a bullet on that one.

While Ash had a moment or two when I admit he was a little hard to take, he was no where near as irritating as his ex…I could have totally done with out him at all…he left, wanted no part of anything and for me, he should have just stayed gone and the other thing that was a bit challenging for me was Ash’s relationship with his mother. There were things about his relationship with his mom that for me were well done and some that maybe could have been handled a bit better but then again, we can often say the same thing about real life too…can’t we?

In a lot of ways, I really empathized with Ash. While I wasn’t a single parent my hubby travelled for his work when our son was young and there were times, I sure felt like one. It’s a hard job, like seriously hard. Ash was a bit over the top at times with his insecurities about being a new dad and raising a child on his own. I have to admit I was reminded of my favorite mantra when my son was young and I was on my own with him…better a parent who cares too much than one that doesn’t care enough and yet…still there were times that I wanted to maybe give Ash a swift kick in the behind.


As well as Ash we get to meet his neighbors the sexy ER doctor Sean who sets his sights on Ash at first sight and Sean’s roommates and best friends…Eric the firefighter whose first meeting with Ash was less than impressive but definitely entertaining and Officer Leo and his adorable dog ‘Cap’. That’s right Ash has his own personal team of first responders living next door and along with his neighbors, his twin sister and the single dad’s support group that he finds for himself that includes Brady, who becomes a good friend to Ash.

They say it takes a village and as Ash goes from being a zombie (code talk for parent of a newborn) to a semi-functioning adult we get to share his journey as he finds his own village to help him become the competent and loving dad he wants to be and to maybe find someone who wants to take that journey with him and help him create the family that he’d envisioned having when he first started. While there wasn’t a lot of sex in this one there were still some sweet and sexy moments between these two men.

I loved Sean’s patience and willingness to include Mia whenever they got together. Being a single parent is hard, being a single parent trying to have a relationship…well, I know from friends who have been in that position it’s a challenge that takes a special person to make it worth the effort and that’s what Sean was for Ash he was that special person who made it worth the effort for Ash. For the most part Sean was the driving force in their relationship not that Ash was resistant more that as much as he was attracted to Sean, he was also hesitant to get involved with anyone because in his mind with being a new parent he really needed to focus on Mia and he just didn’t have the time for anything else…so, it was up to Sean to break down the barriers and show Ash that anything worth having, is worth working for and Sean was sure that Ash was worth working for and thankfully Ash did finally realize that Sean was definitely worth working for.

I enjoyed the fact that Sean and Ash’s relationship moved at a slower pace and they took time getting to know each other amidst all the fun day to day pieces of life that can happen. One of my favorite parts of this one was definitely the epilogue for me it was the icing on Ash and Sean’s HEA cake and the cherry on top was when we almost got to see the meeting between the MCs for the next story in this series… almost…like seriously close here folks they’re just a few feet apart…oh well, I guess we’ll see how this goes come August I know I’m looking forward to it.

An ARC of Single was graciously provided by the tour organizer in exchange for an honest review. 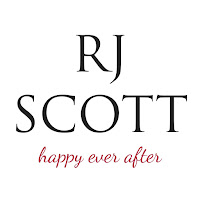