This story came about in a most unusual way. It was originally published in a charity anthology and the idea was that we would all write stories about characters with disabilities. Like most writers I had months to get this done and wrote the story in the last few weeks because... well... that's what we do I guess.

Anyway to my surprise this story practically wrote itself. My fingers flew over the keyboard in an attempt to get everything from my head down onto the page. I would like to say that happens all the time, but it doesn't. Its rare and a magical thing when it happens. But I have ot say that this story would not have come about without Alice Eakes who helped make sure that I was accurate in my portrayals and was patient and kind enough to answer all my questions.

I really hope you enjoy On Shaky Ground as much as I was thrilled to write it. 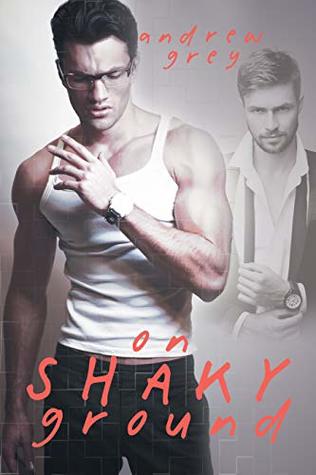 Martin Graham built his business from the ground up with hard work and intuition. Due to a degenerative eye disease, he’s learned to rely on his other senses to feel out the competition. To realize his dream, he just needs to broker one last deal… and finally secure an assistant.

Brock Littleton is desperate for money—desperate enough take the job no one else wants: assistant to demanding, fussy, intensely private Mr. Graham.

Everything about Brock gets under Martin’s skin in ways he never expected, making him realize a successful business isn’t the only component to a happy future. But as Martin’s deal comes together, one of the prices could be the relationship with Brock that Martin is just starting to believe could be real.


Brock entered the number for Graham Consolidated, hoping and praying as he pressed each digit. He could see himself setting the financial world on fire, being the next Martin Graham or Jamie Dimon—having the chance to be someone and something important and to really make a difference in people’s lives.
“Graham Consolidated, Edna Goldstein’s office,” a woman said when she answered the call.
“This is Brock Littleton, returning your call.”
“Excellent. We have a position that has come open and were wondering if you were still interested.”
“Yes,” Brock answered, probably a little too quickly, but he was too worried to be proud.
“How soon can you come in for an interview? I have some slots this afternoon at three and four.” She shifted the phone. “Will that work?”


Brock could hardly believe his luck. “Sure. I can be there at three. Your office is in Brooklyn, correct?” He was already pulling up the address on his computer so he’d know how long it would take him to get there from Queens. “And who do I ask for?”
“Yes, we’re in Brooklyn. Give your name to reception, and we’ll send someone right down to get you. Please bring all your employment documents, because if you’re selected, things will move quickly. We appreciate you coming on short notice, and we’ll see you this afternoon.”
Brock put down his phone and checked the clock before taking the few steps to the bathroom.