When an American bull riding champion meets a Brazilian rookie
the results are one hot samba. 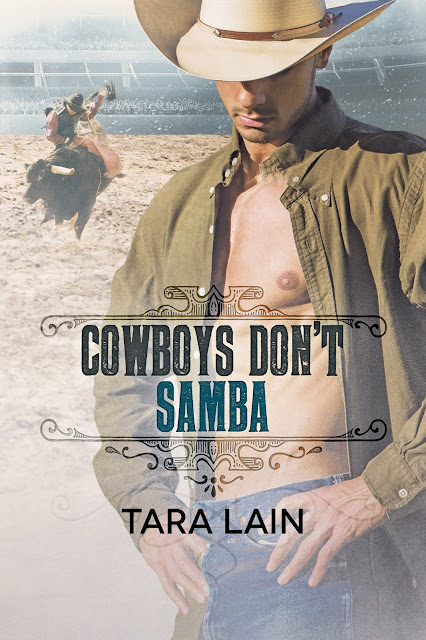 Blurb
Maury Garcia’s one of the greatest bull riders in the world—and one of the biggest liars. Can he turn forbidden love with a rodeo rookie into a lasting romance?
Ever since his brother was killed because he was gay, Maury’s worked to take his brother’s place as the bull rider, the provider, and the ideal of his family’s macho expectations. The only thing Maury’s ever done for himself is buy a secret ranch so he can get away from the responsibilities he’s chained himself to. Then he meets Tristão Silva, the younger brother of the one man who could rob Maury of his bull riding championship.

Tristão may be a world-class bull rider in his own right, but his kind, gentle nature and sexy samba hips make Maury long for something beyond his selfless, sexless life. The two men’s lives are worlds apart, even if they’re both buckling under family expectations. Will their future last beyond an eight-second ride?

Tristão was vaguely aware of them walking into the ranch house as he went to the car door. He peered through the glass at Maury’s face, eyes closed, mouth slightly open. Little snores were audible through the glass.
Tristão pressed in the door latch, slowly opened the door, and reached in to support Maury’s body as he fell straight into Tristão’s arms.
“What? What’s—”
Before he could say another word, Tristão closed his mouth over Maury’s and in one second had those strong arms that could manage thousands of pounds of bucking animal like no other wrapped tightly around him.
Tristão walked backward, still kissing, until Maury’s legs dropped to the ground. Seconds later, one of those legs wrapped around Tristão’s hip.
Maury’s hands searched all over Tristão’s back and butt, then into his hair, like he was proving to himself Tristão was really there. Finally, he pulled back from the kiss and asked the question. “How did you get here? You never answered my texts. I thought you didn’t care. I thought you weren’t coming. I….”
Suddenly the most amazing thing happened. That tough, scarred, beautiful cowboy face crumpled into tears. Maury pressed his head against Tristão’s shoulder and cried. The deep sobs spoke of more than the fear of losing Tristão. They sounded like a lifetime of doubts, searching, loss, and sacrifice, all flooding out onto Tris’s white shirt.
Tristão pressed his lips to Maury’s silky black hair until his back stopped heaving. Maury looked up. “Sorry.”
“Never be.” Tristão put a finger under Maury’s chin. “Let me be your safe space too.” He pressed his fingertips to Maury’s cheek. “I realize that all you’ve been through, all you’ve given up, has saved me from having to do the same thing.”
“I’m glad somebody could learn from my mistakes. It sure took me a long time.”
Tristão smiled. “That’s not quite what I meant, but it’ll do.” 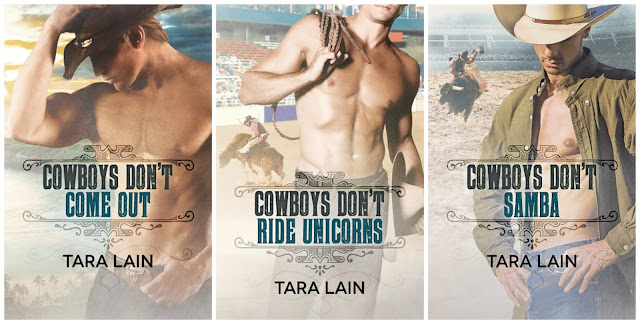 Get All Three Books Here! 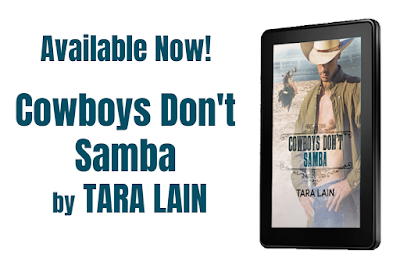